This article was originally published in French in L’actualité on April 1, 2008. It was translated by Julian Olson. 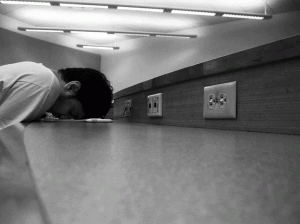 Maybe you thought the construction and the fall of the Berlin Wall were milestones in the 20th century. At least two out of six new general history textbooks for Grade 7 and 8 students in Quebec don’t even mention these events.

Or maybe you thought Captain Alfred Dreyfus, at the centre of the famous affair that tore France apart in the 19th century, was jailed for espionage because he was a Jew. Well, this detail appears to have been secondary, since there is not a word about it the Grade 7–8 textbook Regards sur les sociétés (published by CEC).

And then there’s François Villon – maybe you knew he was a medieval poet. Not so fast: the new general history textbook D’hier à demain (published by Graficor) cites the author of Laballade des pendus in an anthology of Renaissance artists.

These glaring errors and omissions were gleaned from the pages of new books for Quebec’s Grade 7–8 program in world history from antiquity to today. They should be enough to convince anyone that all is not well with the teaching of history in Quebec.

A revealing letter published recently in Le Devoir, written by a 15-year-old student who attends a school in the Pointe-de-l’Île School Commission in the east end of Montreal Island, makes this point. Jeanne Pilote explains what any attentive observer can see: application of the educational reform to history has turned the courses into “absolutely anything at all” and the students into guinea pigs. “We spend entire periods,” she writes, “questioning ourselves from a historical perspective, which means that we formulate questions about history without even answering them.”

In the spring of 2006, when the Ministry of Education released its plans for the history of Quebec and Canada program in Grades 9 and 10, it caused such an outcry that the minister had to reconsider.1 The authors of the program were accused of liquidating the national memory by remaining silent about events as important as the Conquest and the rebellions of 1837–38.

By contrast, the world history from antiquity to today program went virtually unnoticed when it was introduced two years earlier. However, by examining the six textbooks for this program, we can see that the issue is more far-reaching than it seemed. In other words, the “anything at all” that Jeanne Pilote spoke about is at the very heart of the new approach to teaching history.

Before the educational reform, history’s function was to answer the question “where do we come from?” Its job was to grasp the complex sequence of events that produced us. Its main goal has now become “to enable students to develop their understanding of the present in the light of the past.” Thus, history is no longer a matter of understanding the past – it’s about understanding the present!

The difference is substantial and textbook publishers have got the message. The chapter on ancient Rome in L’Occident en 12 événements (Grand Duc) begins by asking Grade 7 and 8 students to “form hypotheses concerning the influence of the United States on Quebec and Canadian society.” It goes on to dip into Roman history for a few facts, often taken out of context, to show that the United States also constitutes an empire. Twentieth-century history is used to answer questions raised by an article on the Taliban, the history of colonization is pressed into service to speak about globalization today, and Mesopotamian history serves to deal with current problems of illiteracy.

We no longer seek to understand developments in the ancient world or the causes of the French Revolution. Rather, we scour the shelves of the supermarket of history for something we can apply to our debates on global warming or gay marriage.

On the pretext of citizenship education, we now focus entirely on the present. The textbook D’hier à demain (prepared under the supervision of one of the programs’ main architects, educator Christian Laville) ends with a novel chapter – a first in a history book – that asks this question: “Are we satisfied with our present? Would it be better if it were different? Can we change it?”

In the 1990s, French historian Pierre Nora showed that there is an increasing tendency for recent events to become objects of memory in short order. But he could never have imagined how far Quebec textbooks would push this trend. Under the new program, it is no longer the recent past that becomes history, but the near future. Instead of raising questions about the construction of cathedrals or Louis Riel’s astonishing fate, the approach is a continual back-and-forth between the present and the past. This frenetic zapping is more like bad journalism than historical method. And it leads to a fragmented history that can hardly avoid sinking into oversimplification and navel gazing.

“Would you have liked to be a woman living in Athens?” The textbook Regards sur les sociétés asks this naive question. As if there were the slightest historical interest in examining the equality of the sexes in the fifth century BCE! Instead of an inquiry into the conditions for the appearance of democracy and citizenship in Athens, we get this other, convoluted question: “Do you think that democracy, as it exists in Canada, is fairer than Athenian democracy?” Guess what the answer will be.

Fear of ridicule is no deterrent to some authors’ obsession with the present. The textbook L’Occident en 12 événements pushes pretension to the point of placing Quebec’s educational reform among the modern expressions of humanism – right up there with the preamble to the Universal Declaration of Human Rights!

Histoire en action (Modulo) accuses our neolithic ancestors of causing the biggest ecological catastrophe in human history: “From the fourth millennium BCE, the agricultural populations of western Europe began to devastate huge oak forests … Up until our time, this was the greatest damage ever suffered by the soil of this region!” The exclamation point, worthy of tabloid journalism, is in the original; the title, “The Assassinated Forest,” is in the same vein. All this in reference to a time when the whole idea of ecology had no meaning. This ethnocentric reading goes on to emphasize that prehistoric humanity practised an “economy of predation” (L’Occident en 12 événements). Strangely, when it comes time to talk about the indigenous peoples of the Americas, the new missionaries suddenly forget all the terrible faults of our neolithic ancestors.

The textbooks are full of peremptory judgements. The authors’ intent is most clearly visible when they deal with the subject of Christianity. “Christianity: believe or die” (D’hier à demain) sets the tone. The Middle Ages are portrayed as a dark, austere era – a black-and-white view inherited from the Enlightenment. One wonders whether the authors have read the great historians Jacques Le Goff, Georges Duby and Régine Pernoud, who long ago broke with this view. Some textbooks further darken the portrait by situating the great witch hunts in the Middle Ages (Réalités, ERPI). The witch hunts were primarily a feature of the Renaissance, but that detail might have contradicted the authors’ sombre description.

You may know that the Spanish Inquisition was unleashed in 1478 by the Catholic Queen Isabella to convert the Jews or expel them from Spain. D’hier à demain has a different view: it served to persecute Muslims, whose territory had been reduced to Granada by this time. The Jews are strangely absent from ancient history. And don’t bother to look for anything about the invasion of Spain by the Muslims in the eighth century: there is virtually nothing to be found. But the textbooks hammer in the point that they were chased out 800 years later. While passing over the raids and slavery that were common among Arabs in silence, the textbooks don’t miss a chance to cite the Thousand and One Nights and the 12th-century Arab philosopher Averroes. On the other hand, Dante, the troubadours, courtly love and the Carolingian renaissance are among the missing. The Arabs have become, in a way, the “noble savages” of the Middle Ages.

Looking at these general history textbooks, you would be unlikely to guess that they are addressed to a francophone society in North America. Not once do they focus on the Gauls, the Franks, the Celts, the Vikings or the Irish – in short, on the civilizations that have influenced Quebec. Molière has no more significance than Shakespeare. Following the multicultural imperative, the textbooks never mention a French author without mentioning an English or Chinese one right afterwards, with the result that France is usually submerged in Europe as a whole. There is little trace of the French kings Francis I and Henry IV, who sent Cartier and Champlain to Canada. The famous Ordinance of Villers-Cotterêts (1539), by which Francis I established a civil registry and extended the use of French, is missing.

As for what will always be fundamentally the most “useless” part of history, the history of the arts, it will come as no surprise that it is more or less suppressed in some textbooks. At the end of its chapter on the ancient world, L’Occident en 12 événements offers a few references to “deepen” the subject. Neither the Iliad nor the Odyssey is on the list, which includes Asterix at the Olympic Games and Troy, Wolfgang Petersen’s Hollywood epic which, the philosopher Luc Ferry said recently, completely misrepresents the understanding that the ancients had of the Trojan War, because the gods are missing! But how can we blame the authors? The 20 or so literary texts cited in the official program as “cultural references” include neither the masterpieces of Homer nor the Bible. The Qur’an and Tintin and the Blue Lotus, however, are accorded this honour. 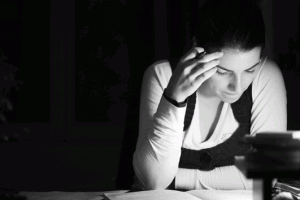 Nothing is left at the end of the day but a devastated, moralistic history, its nose glued to the present. Historian Jean Bottéro, who had the nerve to make the case for a “useless science,” appears to have wasted his effort. Bottéro dared to claim that “archeology, philology and history are useless … That is why we are so attached to them.” A specialist in Assyrian history, Bottéro knew that historical figures – Constantine, Jean Jaurès or Chevalier de Lorimier – could become sources of inspiration if students were allowed to become passionate about them. Contrary to the claims of the authors of the history program, no country has so subordinated the teaching of this material to citizenship education or transformed it into such dull moralizing. By subjugating history to what deceptively appears to bring it closer to us, the new educators are only further limiting students’ exposure to anything beyond the issues that are already overemphasized in our media. Are they afraid that, in ceasing to look at history through the dark glasses of the present, these students might discover that early-21st-century Quebec is perhaps not in every respect the most advanced society?

Given that half the high school history teachers have absolutely no training in this field, the importance of textbooks is clear. But the disaster doesn’t appear to be over. Changes being considered for the 20th-century history course, currently optional in Grade 11, are ominous. It will undoubtedly become a required course, but the powerful educators who reign at the ministry are thinking of making it a course centred on the current events of the “contemporary world,” where history will be mixed in with geography, economy, sociology and other aspects of “the social universe” in general.

“When I was young,” said historian Alain Corbin, “a good teacher was one who had the talent to transport us to another world. In the classroom, we were for Sparta or for Athens – and it didn’t matter that we didn’t have a Greek grandfather!”

It is historians in the same mould as Corbin that our schools, and all the Jeanne Pilotes in Quebec, urgently need.

Christian Rioux is the Paris correspondent for the Montreal daily Le Devoir and a contributor to L’actualité magazine. Read More