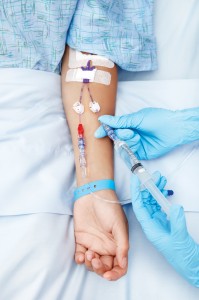 Ever since industrialization brought about urban living and the breakup of extended families, increasing numbers of Quebecers have been dying in hospitals and alone, instead of at home and surrounded by their families. Let us consider a few numbers:

As these numbers show, the question of how we die has now become, both technically and morally speaking, an urgent one. Bill 52, an Act Respecting End of Life Care, was a response to this emergency. The introduction to the bill states that its purpose is to “ensure that end-of-life patients are provided care that is respectful of their dignity and their autonomy.” But in addition to talking about the right to palliative care, the bill included medical aid in dying as one of the forms of respectful end-of-life care Quebecers would be offered. Another term that appeared was terminal palliative sedation (a slower form of euthanasia than lethal injection).

The Quebec Palliative Care Association asked the authors of the act to remove the word palliative and call a spade a spade. The authors had also avoided the term euthanasia, as well as physician-assisted suicide. With Quebec’s reputation for having one of the highest suicide rates in the world, they didn’t want to be seen to be endorsing suicide. But this forest of euphemisms could not conceal the fact that Bill 52 would have given us the right, under certain conditions, to oblige a doctor to kill us. Whether the request respected the conditions prescribed by the act was considered a medical judgement.

Doctors have never before been asked to see ending a patient’s life as medical treatment, or to judge whether a patient’s request for euthanasia should be complied with or not. For 2,400 years doctors have taken the Hippocratic oath, by which they swear “I will neither give a deadly drug to anybody if asked for it, nor will I make a suggestion to this effect.” Oddly, the onus is on those who defend the norm, i.e. the refusal to kill. The breaking of an age-old taboo against physicians taking human life may seem appropriate in our rational and scientific age. Yet the stories told to justify it are laced with emotion and anecdote, while opposition to it is often reasoned and dry, and and makes for poor TV.

I work with a medical research team that is studying shared decision-making between doctor and patient. They are trying to change the age-old model of doctors telling their patients what to do, and instead are trying to train doctors to involve their patients in decisions about their care. But doctors are busy, their habits are hard to change, and many patients – especially the elderly – don’t want to make decisions. They just want to be told what to do. If the doctor won’t tell them but persists in asking about their concerns, the patient will simply say what they think the doctor, or other influential people in their lives, want them to do. In other words, patients are afraid of being a bother. In addition, depression is the strongest determinant of suicidal ideation and desire for death in those with serious or terminal illness, but often goes unrecognized and untreated.2

The importance of Quebec’s recent débat de société on Bill 52 was overshadowed in the media by the Charbonneau Commission and the Charter of Values, and an election announcement killed the bill. But it will return3 – and resolving the shocking shortage of palliative care services in the province, a fact that no one contests, will continue to be held hostage to the controversial definition of euthanasia as a form of care.

Why should people be left to suffer in pain? They shouldn’t. Two thirds of Canadians do not get the palliative care they could benefit from. But according to the most recent statistics from the state of Oregon, where euthanasia was legalized in 1997, the top five reasons for requesting euthanasia are not physical pain or fear of pain. They are (1) “loss of autonomy” (89.9%), (2) “less able to engage in activities making life enjoyable” (87.4%), (3) “loss of dignity” (83.8%), (4) “loss of control of bodily functions” (58.7%) and (5) “feelings of being a burden” (38.3%).4

In Quebec, it would hardly be surprising if elderly people losing autonomy felt they were a burden. Hospital beds are choked with frail elderly people who cannot be sent home but for whom there is no place in long-term care facilities.5 Home care services are chronically understaffed and underfunded, and many elderly people are being cared for by exhausted relatives or spouses at home. Is the offer of euthanasia as a form of medical care at this particular moment in our history really a coincidence? And is it appropriate, given this historical context?

Amy Hasbrouck of the Canadian Council of People with Disabilities insists that this is a civil rights issue: we have policies to prevent suicide among young people, and among First Nations, and some people are detained or even incarcerated against their will for attempting suicide. Yet suicidal people who were born disabled, or have become disabled through age or illness, are to be offered suicide as a “care” option or even helped to commit suicide. They are somehow in a different category. This is surely a double standard.

Whether we look at it as a religious issue or a civil rights issue, euthanasia, which means “good death,” strikes deep into the heart of our values, and makes us all ask us what we really think life is and ultimately, perhaps, to whom our lives belong.

Quebec Catholics resisted the threat of a lonely institutionalized death valiantly until the 1960s with their “good death associations” under the protection of St. Joseph, patron saint of la bonne mort (because, with Mary and Jesus at his bedside, he had the very best death). In exchange for annual fees, fellow members would inform you that your death was imminent so that you could prepare yourself. They would also make sure you did not die alone: in fact the whole association would promise to be there for your last rites. Members would prepare your body for burial, accompany your coffin all the way to the cemetery without cost, and if necessary look after family members left behind. Members also prayed – not to avoid pain, but above all to avoid fearing death. They prayed to St. Joseph for un bon trépas (a trépas is a crossing over), which meant dying in full awareness of our last moments, and having enough time to prepare for the last sacraments, including reconciliation with God and our friends and family.6

In a Quebec that is now militantly secular, this tradition is long forgotten. Although Quebecers still see a bon trépas as one that we can control, what we fear now is not so much a sudden, unprepared death but a slow loss of dignity and autonomy. Perhaps this is what French historian Philippe Ariès meant by the “unbearable emotion caused by the ugliness of dying.”7

Many of the opponents of the new bill are doctors, and especially palliative care doctors. They do not want euthanasia to be associated with health care. Why should the appointed decision-makers not be lawyers? Or a special professional group, called, as a McGill professor of medicine suggested, euthanologists? Partly because if it comes under health care, which is a provincial jurisdiction, the federal government cannot legislate against it. But it also has to do with our changing expectations of what health should mean.

The World Health Organization defines health as “a state of complete physical, mental and social well-being.” Perhaps this is why we look to the health care system, a crucial part of our identity, to help us face death. Perhaps because we lack any other institution to turn to for discourse about good, evil, happiness, life and death, we load the health care system with this ambitious responsibility, our total well-being, transforming it into what American ethicist Stanley Hauerwas calls an institution of secular salvation, or an alternative church.8 It fosters a hope that we will get through life without suffering. Death is out of place in this vision, and has been seen by hospitals and by many doctors as a failure. Preparing for it has not therefore been seen as a worthwhile use of money and resources.

However, inspired by Dame Cicely Saunders, the palliative care movement has invited us to turn and look at death squarely in the face again, providing compassionate and technical care (pain relief) for people for whom there is no chance of recovery. She coined the term total pain to describe the physical, spiritual, psychological and social suffering of the terminally ill. Palliative caregivers’ experience of accompanying people through such pain makes their perspective on euthanasia particularly important.

The directors of the hospice in Quebec City are unequivocal in stating that euthanasia has no place in their institution. They have seen people who said they wanted to be helped to die, but who changed their minds when they came to believe they are as important in their dying as in their living. They have seen families who wanted their loved one’s life to end because they themselves could not face seeing their loved one’s diminishment and suffering.

These are delicate moments, full of fragility, requiring infinite patience and deference as well as technical expertise. It is at these moments that physicians will be asked to judge and pronounce on the request to be helped to die. If family and the patient know this is now a possibility, how will it change their relationship to that physician and to their other caregivers?

The hospice’s statement steers away from rights talk and religious talk. “Death is not a right – it is a terrible and ineluctable fact,” they write. But they do ask us to think about what dignity is. We are all nostalgic about our youth as we get older, and we tend to confuse dignity with physical capacity, or even with the peak of our independence and strength. But this nostalgia distracts us from an important dimension of dignity: that it is intrinsic to us, and cannot be altered by our age or our mental and physical condition. It is stuck to us from the moment we are born to the moment we die. It is intimately and mysteriously linked to the fact that we will all die one day. As the hospice puts it,

Perhaps human life reaches full dignity in the very fact of its finitude, and perhaps having the courage to be afraid is the realization of that dignity. Perhaps the fear of being a bother to our families is offset by the possibility that this inconvenience is an opportunity for them to prepare for their own deaths. Perhaps the stripping away of our powers at death in fact has something to offer those who remain.9

Rather than being an individual possession, dignity is relational in its essence, and is something that we must recognize, acknowledge and protect in one another, whether we are old or young, weak or strong, demented or in possession of our faculties, until death us do part.

3  Elsewhere in Canada the issue is gaining a new lease on life with MP Steven Fletcher’s two bills decrimalizing euthanasia. The Globe and Mail even deigned to congratulate Quebec for being ahead of the pack on the issue.

Louisa Blair is a Quebec City writer and translator and a former associate editor of Compass: A Jesuit Journal and columnist for Catholic New Times. Read More