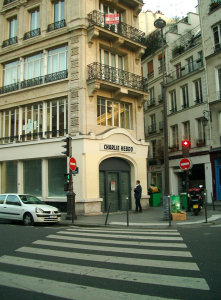 1 In 2004 France enacted controversial legislation banning “conspicuous religious symbols” in schools, widely interpreted as being directed at the Islamic veil. Robert Redeker, a French writer and teacher, received death threats after writing a highly critical opinion piece about Islam in Le Figaro in September 2006. Also in September 2006, in an address at the University of Regensburg in Germany, Pope Benedict quoted a negative characterization of Islam by a 14th-century Byzantine emperor, which was taken out of context and led to protests in many Islamic countries.

2 Khaled Kelkal was involved in a series of terrorist attacks in France in 1995 before being shot dead by police. Mohammed Merah carried out a series of shootings in southern France in 2012; he too was killed in an exchange of gunfire with police. The Kouachi brothers carried out the Charlie Hebdo attach in January 2015.

Mezri Haddad is a Tunisian writer, philosopher and diplomat living in France. He was Tunisia’s ambassador to UNESCO from 2009 to 2011. Read More