I believed in God for a few months when I was 14 years old. When discussions of religion came up, as it did from time to time in my teenage years, I would say that I believed in God, having a kind of vague Jewish God in mind. But it made me uncomfortable and I soon gave it up. Over the years, my disbelief strengthened and for many years I would jokingly describe myself as an evangelical atheist, going door-to-door preaching atheism. Still, I have always enjoyed discussing and reading about religion, and Jack Miles’s God: a Biography remains one of my favourite books. None of this has shaken my lack of faith.

A few years ago, when three new books proselytizing atheism hit the stalls, I thought “finally, a little support.” I read Richard Dawkins and Christopher Hitchens’s books, and parts of Sam Harris’s.1 They make arguments I’d been making for years, and – Dawkins especially – some new ones I enjoyed. For example, he’s unwilling to let believers, or scientists, off the hook by conceding the existence of different realms of knowledge, one for the spirit and another for, say, baking pies.

There are not many churchgoers in my crowd of mostly theatre people. But my experience is that there aren’t many proper atheists either. One evening a few years back, at the Caravan Theatre in the British Columbia interior, a discussion of God came up among perhaps 20 people. There were two atheists, including me. I don’t think there was anyone who regularly attended religious services, but all the others claimed to believe in God “as a kind of power that’s in everything.”

I do spend time with a few people I consider religious, which for me means they actually enter a religious institution. But these religious friends and acquaintances are as moderate as you can get. I won’t try to articulate what religion means to them (public service is a big part of it), but I will say what it doesn’t mean: none believes in a God who acts in the world, and none will ever say that something is true because The Bible says it is. In that, they are like the progressive priests I met years ago in Nicaragua, who never spoke of God but only the example of Jesus.

Dawkins, Hitchens and Harris pay comparatively little attention to such moderates. Their big guns are aimed at religious extremists of the various faiths, those who bring us war, hatred, “young world creationism” and the certainty that comes from knowing the eternal truth. But the moderates don’t get off scot-free. According to Harris, “Religious moderates are, in large part, responsible for the religious conflict in our world, because their beliefs provide the context in which scriptural literalism and religious violence can never be adequately opposed.” Similarly, Dawkins writes, “Even mild and moderate religion helps to provide the climate of faith in which extremism naturally flourishes.”

Of course, there is more here that will offend moderates, since much of the criticism applies equally to moderates and extremists. After all, Dawkins et al. don’t believe in any kind of god or gods, and consider such belief both unsupportable and destructive. For Dawkins, the scientist, “what is really pernicious is the practice of teaching children that faith itself is a virtue.”

Now I enjoy a good debate, and I do think the atheists get some important things not quite right, so when a number of moderate believers published books in response to what they called “the New Atheists,” I paid attention. I haven’t gotten around to the books yet, and now that I’ve read and listened to various articles and interviews, I’m not sure I will.

Chris Hedges’s book is called I Don’t Believe in Atheists. He’s an American journalist and longtime war correspondent, and the author of American Fascists: The Christian Right and the War on America. He says, “I was appalled at how what had done for the secular left was to embrace the same kind of bigotry and chauvinism and intolerance that marks the radical Christian right. I found that in many ways they were little more than secular fundamentalists.”2

Terry Eagleton, renowned professor of cultural theory at the National University of Ireland, Galway, and author of Reason, Faith and Revolution: Reflections on the God Debate, writes: “As far as theology goes, Dawkins has an enormous amount in common with Ian Paisley and American TV evangelists.”3

They are a little bit like the fundamentalists that they oppose. They are obviously deeply disturbed by the fact that people go on believing. I mean just as certain believers are deeply disturbed that there are atheists around or heretics around … they are very deeply disturbed that there are people still out there believing and it’s that kind of crusading spirit which is the really remarkable thing about it – that somehow they’ve got themselves into the kind of position where they have their own comforting sense of belief that they’d like everyone to share and this not being the case really deeply undermines them.4

All four deeplys were deeply stressed.

The two religious moderates with whom I’ve discussed the matter used exactly the same line of argument – that these atheists were really just fundamentalists on the other side.

Now I find this a fantastic – yet banal – assertion. It’s true that these atheists, just like the fundamentalists they criticize, (usually) have two arms and two legs, but other than such trivia, what are the actual similarities? These atheists make an effort to proceed, not from revelation, but by reason and argument. They cite no being or text as eternally infallible, nor do they claim a special connection with truth. And they demand no special rights for atheists.

It’s as if the moderate believers imagine a line with fundamentalist belief at one end and atheism at the other, and their own beliefs in the reasonable centre. But one believes in a God (or a kind-of-power-that’s-in-everything) or one doesn’t; there’s no middle ground. And either one believes in approaching truth through argument and reason with others, or one believes in revealed truth; there’s no middle ground there either. The moderates join with the fundamentalists on belief in God, and with the atheists on argument and reason. Those are the “different realms” that Dawkins impugns. There’s an argument to be had with Dawkins, but it’s not to be settled by calling him and the others extremists. 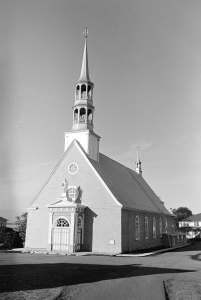 I don’t believe word went out among moderate believers that the most effective rebuttal to the atheists was to call them extremists. But I do wonder what has so deeply offended them that they resort to simple name-calling. I think it’s this: it’s fine for believers of all kinds to have published hundreds of thousands of books proclaiming this or that religion. But for an atheist to write a book on atheism – for three atheists to write three books in a single decade – well, that is deeply suspicious. They must be obsessed! They should at least have the grace to be agnostics – or have the good manners to practise their atheism quietly at home.

Here is where I differ with Dawkins, Hitchens and Harris. They blame believers for wars and oppression. The obvious rejoinder is: what about Stalin and Mao? They were avowed atheists. Harris has an answer: “Although these tyrants paid lip service to rationality, communism was little more than a political religion.” Well, you can’t get off that easily. The Communists based their actions on Marxism, which they considered a science. If Pol Pot is reason gone wild, and bin Laden is faith gone wild, it’s difficult to hold faith alone responsible for wars and oppression.

While I enjoy the argument between moderate believers and atheists, I’m not sure it’s that important. I do resent that organizations that treat women unequally get special treatment in the form of tax exemptions. I dislike being expected to show particular respect to religion. And I do find it sad that it is difficult to have a serious discussion about God with almost all people of faith.

Still, as long as one accepts that God or the gods don’t actually say, do or demand anything, I think faith can be a source of strength and good works and is, at worst, harmless. I would argue that (avoidable) problems in the world stem less from mild faith than from absolute conviction.

But tolerant as I am, I still find it deeply difficult to understand how a grown-up, educated human being can, in this day and age, believe in God – even as a kind of power that’s in everything.