Even by the degraded standards of the 2016 U.S. election, Republican presidential candidate Donald Trump’s comments at an August 9 rally that his Democratic opponent, Hillary Clinton, might be appropriately targeted for assassination caused shock waves. Trump thereby crossed a line never crossed before in the turbulent history of American democracy.

Subsequent disclaimers that he was just “joking” cannot be accepted. The United States is a country riven by continued horrific gun violence – a country where no fewer than four presidents have been assassinated, attempts have been made on a number of others, and presidential candidates have been murdered while campaigning. In such a country, there can be no “joking” about assassination. But never before has a candidate for the highest office himself actually implied (wink, wink; nudge, nudge) that killing his opponent might be a legitimate course of action.

Undeterred by the ensuing outcry, the egregious Trump later doubled down with another sneering hint at political murder in a rally in Miami. To loud applause, he said the Secret Service agents who guard Clinton should disarm. Then: “Let’s see what happens to her.” Then in the second TV debate, Trump sneered at Clinton that when he was elected, “you’d be in jail.” Never in the history of the Republic had a presidential candidate threatened to imprison his opponent.

Trump was not alone. Other Republican officials tossed in reckless hints of violence. In September, Kentucky Republican Governor Matt Bevin told a conservative conference that some people had asked him whether the nation could survive Hillary Clinton as president. “I do think it would be possible, but at what price?” Bevin said. “The roots of the tree of liberty are watered by what? The blood. Of who? The tyrants, to be sure, but who else? The patriots.” This was virtually advocating armed insurrection against a democratically elected government. If this had come from the left against a right-wing president it would have been called sedition and treason.

Donald Trump crossed a line into a very dark place. But what is even more alarming is that these verbal atrocities merely highlight a problem in American democracy that had been growing well before Mr. Trump burst so rudely onto the scene. Trump made loud and explicit what was implicit in political developments over the past few years: partisan polarization on a scale never previously witnessed – polarization that runs from top to bottom of the political system and is mirrored in polarized media and a public that finds its information in largely noncommunicating separate spaces that relentlessly demonize, dehumanize and delegitimize opponents. It is but a short step to calling for killing them. Trump’s thuggish (“deplorable”) supporters, in fascistic frenzies of misogyny and political hatred, were frequently heard at rallies shouting “Hang the bitch!”

Today’s American political world is one in which the give and take of democratic debate and deliberation defer to politics as war: compromise (the very currency of democratic negotiation of differences) becomes suspect, even treasonous. Bipartisan cooperation has disappeared from Washington. A Republican-controlled Congress – anchored in gerrymandered GOP House seats – routinely, obdurately voted against virtually anything supported by the Obama administration. The Senate majority refused even to hold hearings on the appointment of a new Supreme Court justice, simply because he was the nominee of a Democratic president. The same gerrymandering (appropriately referred to by Republican backroom types as “ratfucking”) results in GOP primary contests that have become lunatic races to determine who can be the most reactionary of all to qualify for nomination.

What is in serious peril here is something profoundly important for the functioning of any democracy: trust – a certain amount of trust in our institutions; trust in our fellow citizens; trust that when their side wins they will treat our side fairly, and vice versa; trust that we can always agree to disagree while making the necessary compromises that allow the system to function, in the long run, for everyone.

Of course partisanship and conflict are endemic in democracies, but a minimal level of trust that everyone will follow the rules allows partisanship to be tempered with civility, another necessary element in democratic discourse. Civility is more than mere politeness. The word is derived from the Latin civilis (“of or pertaining to citizens”). Civility may include willingness to confront others in open, even passionate, debate, but always with the respect due the common citizenship of all and a shared commitment to the values of liberal democracy and the rule of law. To be sure, these values are always ideals, rarely achieved fully in practice. But if civility breaks down in the political process, it is the polity itself that may crack and break down.

America has a historical example of how awful this breakdown can be. In the mid-19th century, the issue of slavery drove northern and southern states apart. The election of Abraham Lincoln, candidate of the newly formed Republican Party, was taken by the South as a mortal threat to its very existence. Secession and a prolonged, bloody Civil War followed.

We who live in liberal democratic states should realize how important trust is, and how thin the veneer of civility. One of the greatest achievements of modern democracies has been the institutional resolution of the problem of succession of leadership. Authoritarian forms of government, whether old-fashioned monarchies, personal dictatorships or totalitarian states, are always deeply vulnerable to winner-take-all power struggles. To the Bashar al-Assads and Kim Jong-uns of the world, political legitimacy is reduced to a simple formula: kill or be killed. As a very old saying goes, uneasy lies the head that wears a crown.

Democracies have arranged for peaceful transitions from one party to another, a precious but precarious arrangement that rests on trust and civility. 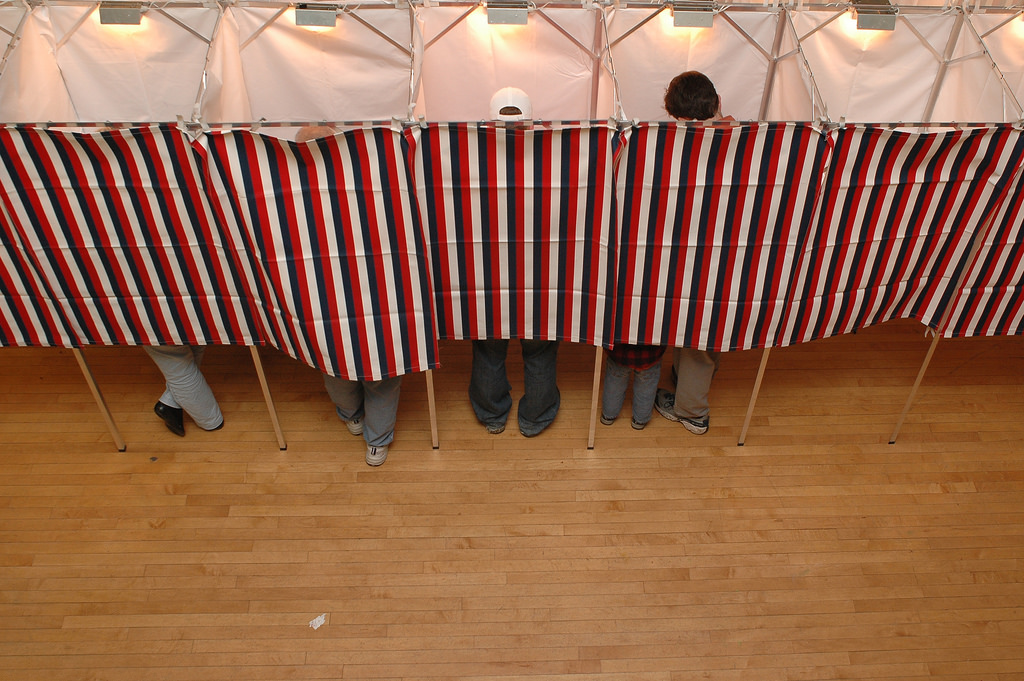 Absence of trust is a crucial element in the failure of new democracies today. Take the case of Egypt, where popular demonstrations brought down the Mubarak dictatorship. The first and only free election saw a narrow victory for the candidate of the Muslim Brotherhood. Unfortunately, the Brotherhood attempted to govern as if just over 50 per cent of the vote gave them power to remake Egypt without much regard to the feelings of the other half of the country. A military coup ousted the Brotherhood, establishing another repressive dictatorship, but the secular opposition has been largely silenced, disillusioned by the failure to make democracy work for all, not just the winners of a one-time vote. Voting does not create a viable democracy if winning an election is seen as just another means of seizing power and using that power to benefit one group while repressing others.

The same could be said for Iraq, where “democracy,” imposed by American guns, has resulted in Shi’i-dominated governments that have deeply alienated the Sunni half of the population, offering fertile ground for Sunni extremists like the Islamic State and Al Qaeda.

The United States is still, hopefully, a long way from these examples, or from its own violent past in civil war. It is hard to credit current public policy issues, however important, as posing as existential a challenge as slavery. Nonetheless we have been witnessing a descent into two nations, red and blue, bitterly divided and exercising mutual vetoes in a state of gridlock. The origin of this can be mainly put down to the toxic mix of ruthlessness and resentment on the right, but once set in motion it has become a senseless self-perpetuating conflict, a form of quasi–civil war. In 2016, with a blustering, bullying egomaniacal American caudillo with no regard for any restraints of decency leading the charge, there came sinister signs of political war turning into real war.

The last days of the Weimar Republic were marked by two serious breakdowns in the fabric of political life. First, mainstream discourse could no longer distinguish between fact and fantasy, truth and lies, evidence and propaganda. Second, parliamentary competition began to be matched by direct violence against opponents. The first of these conditions is already apparent in U.S. media (tune in to Fox News any day, any time). With Trump we have seen broad hints of the second.

Weimar fell to Hitler. Trump may be no Hitler, as such, but he surely points the way to political madness. The deeper issues of polarization, hyperpartisanship, distrust and incivility remain embedded in American politics.