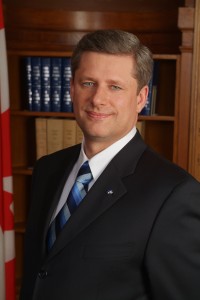 Stephen Harper became Prime Minister of Canada in early 2006. Canada’s “new government,” as Harper insists on calling it, is no longer new but increasingly familiar. Yet there is a real sense that Harper remains an enigma to Canadians. We don’t really know him. There is behind Harper’s now familiar TV face a curious blank. Not the blank that George Bush registers: the sign that says “Nobody home.” The enigma of Stephen Harper is quite the opposite: hidden depths, concealed agendas, complex contradictions. There are any number of Harpers that flash by, and they simply do not add up.

Harper the neocon ideologue v. Harper the liberal pragmatist: The first Harper to appear was the young Reform Party founder and intellectual star; the MP who left the Reform caucus because he found Preston Manning’s populism too flaccid, who then headed the right-wing National Citizens Coalition, who has been associated with the University of Calgary school of polemical conservative thinkers, who sneered that Canada was a hopeless Scandinavian-style welfare case, who publicly scorned global warming as junk science and a socialist plot to steal from the rich countries and who in office has effectively scrapped the Kyoto Accord.

Another face first appeared in the 2006 election campaign when he ran on a platform of five fairly moderate priorities. In office, the new pragmatic Harper has presided over a shift to a “green” agenda and a budget in 2007 that follows a classic Liberal “goodies for everyone” formula, agreed to tax income trusts (a directly broken promise that alienated Bay Street and the oil patch) and displayed an unexpected affection for multiculturalism.

Harper the “equality of the provinces” federalist v. Harper the “Québécois nation” special-status federalist: The old (“Firewall around Alberta”) Harper was a hard-line Western “Plan B” get-tough-with-Quebec sort of guy, who denounced the Mulroney government for awarding the F-18 maintenance contract to Montreal rather than Winnipeg. Harper in office dropped the “Québécois are a nation” bombshell on a discombobulated Parliament, and has worked as assiduously as his Liberal predecessors at favouring Quebec in government spending (the old Harper would have called this “pandering to Quebec”). He even found a few billions to dispense to Jean Charest to repair the “fiscal imbalance” in the midst of a Quebec election, Charest promptly turning the windfall into promised tax breaks for Quebec voters.

Harper the pro-American v. Harper the Canadian nationalist: The old Harper appeared on Fox TV and in the Wall Street Journal to denounce Canada for not joining Bush in the Iraq war. Harper in office has pushed hard on Canada’s military role in Afghanistan, despite mounting casualties, and has attacked critics in much the same manner as Bush attacked critics of the Iraq war. Yet he has done nothing to reverse the Liberal decision to stay out of Ballistic Missile Defence, which Bush had hounded Canada to join. The new Harper boasts a nationalist strategy in the Arctic in competition with the United States and takes every opportunity to highlight differences with the Bush administration.

Harper the social conservative v. Harper the social liberal: In opposition, he was a passionate, even demagogic, opponent of same-sex marriage, suggesting against all expert advice that he could and would reverse the law without regard to the court rulings that had precipitated the legislative change. He regularly attends an evangelical church, and born-again enthusiasts help finance the well-oiled Tory war chest with a regular flow of many small donations. Harper’s unqualified backing of Israel in its 2006 invasion of Lebanon not only won support from traditional Liberal Jewish voters, but seems to reflect the unqualified pro-Israeli position of the “theocons” across North America.

Yet once in office, Harper called an early vote in Parliament on same-sex marriage that he knew he would lose, and then promptly dumped the whole issue like a child abandoning a broken toy. Talk of a “defence of religions” act has been buried. As for raising a reversal of abortion rights, you could search with a bloodhound in vain for any trace of an issue that animated Stockwell Day and his followers when he led the Canadian Alliance before Harper.

Harper the prime ministerial insider v. Harper the insecure outsider: This is one of the weirder contradictions. Since themoment he assumed office, Harper has very successfully donned the mantle of the decisive, directed, in-command, professionally competent Prime Minister. The contrast with his “Mr. Dithers” predecessor helps, but is not the whole story: Harper looks very much at ease with himself in the position. This is an important part of his reelection image: the guy in charge who knows how to get things done.

There is however, a very different Harper: the Alberta conservative outsider with deep suspicions and resentments against the Liberal/liberal Eastern Establishment he sees entrenched in the Ottawa bureaucracy, the Liberal-appointed courts and the “left-wing” national media. There have been battles with baffled bureaucrats over a range of issues; the result has often been a standoff in which senior public servants are told not to provide policy options and not to offer warnings of possible pitfalls in Conservative plans, but simply to do what they are told. The relatively critical national media are regularly excluded from access, while the less informed and more credulous local media are cultivated by Harper’s rigorously on-message communications team.

The insecure outsider complex may help explain one remarkable feature of the Harper government, a degree of command-and-control centralization of all activity in the Prime Minister’s Office that is unparalleled in our history – Pierre Trudeau’s alleged presidentialization of the office and Jean Chrétien’s “friendly dictatorship” look collegial in comparison. Perhaps Harper the control freak must keep his grip on everyone and everything because he fears the ubiquitous Establishment will snatch his power away. There is a whiff here of a Richard Nixon complex. During his presidency, the Nixon team set themselves up like the beachhead of an army of occupation in a Washington that was deemed irremediably hostile. Were Harper to falter and lose office, one could well imagine a bitter “you won’t have Nixon to kick around any more” envoi.

Harper the captain v. Harper the enforcer: The Prime Minister is a hockey fan and is reputedly writing a book on the history of the national sport. Yet in his own job performance he breaks an unwritten hockey rule: captains (like Gretzky or Crosby) should be above the battle, commanding respect; dirty work should be left to enforcers (like Domi or Brashear) who command fear. Harper likes to be both. Linking a Sikh Liberal MP to the Air India bombing by association with his father-in-law to smear the Liberals as soft on terrorism was an ugly piece of McCarthyite tactics, made even worse by the fact that it was the Prime Minister himself who delivered the Bertuzzi-style sucker punch. How prime ministerial can he be when he is seen personally directing elbows to the faces of opponents? Captains are about hockey as the rink of dreams; enforcers are about exercising power.

You get the idea. I could quote Walt Whitman: “Do I contradict myself? Very well, then I contradict myself, I am large, I contain multitudes.” But is there a key to unlocking the enigma? Perhaps it’s a bit early in the game for finding magic keys, but let me make a suggestion.

Stephen Harper stands at the cusp of far-reaching changes in the Canadian body politic. Economically supercharged Alberta is moving to the forefront of the federation, while in Quebec the old sovereignty-federalism polarization seems to be declining (and with it one of the bases of the Liberals as the “government party”). As an Albertan PM who has engineered the thin edge of what could turn into a major Conservative breakthrough in Quebec, Harper is well positioned to steer his government and party into a historic Alberta-Quebec alliance to govern Canada.

But this is a very tricky operation. The Alberta political culture that Harper reflects is often on the edge of the mainstream of Canadian values, and is particularly alien in Quebec. Pushing too far to the right can cause him problems in Quebec, while going too far to placate Quebec can certainly cause problems for him not only in Alberta but in English Canada more widely. There are the big liberal and cosmopolitan cities to contend with, none of which (save Calgary and Edmonton) have shown much warmth for Harper’s conservatism or his candidates. At the same time, his hard-core right-wing base has to be tossed occasional bits of raw meat to keep them from turning ugly.

Can Harper successfully play the über-centrist Mackenzie King, of whom Frank Scott memorably wrote, “He blunted us”? Harper is not naturally a master of ambiguity, but rather of cool, rational precision – not the qualities required for sustaining a coalition of opposites. Perhaps the succession of multiple personalities is a way of coping with the stresses of coalition-building in the tower of Babel.

In his recent book Harper’s Team, Tom Flanagan, a longtime alter ego to Harper, lays down the “ten commandments of Conservative campaigning.” The second commandment reads: “Canada is not yet a conservative or Conservative country.” The fourth commandment identifies “incremental” conservatism as the only way to make progress. Flanagan once described himself to me as a “right-wing ideologue,” and there has been considerable comment on his (and Harper’s?) transmutation into a compromising incrementalist. But read Flanagan carefully, note the crucial yet in the second commandment, and note that incrementalism proceeds toward a goal. “Sweeping visions have a place in intellectual discussion, but they are toxic in practical politics,” Flanagan writes. The Promised Land is still there, but it can only be reached by small, incremental steps. Revealing the destination (the sweeping vision) too soon will be toxic.

Does this not sound a little like the “hidden agenda” that dogged Reform and the Alliance, and even now lingers over the new Conservative Party? Perhaps it helps explain why the Conservatives seem to have hit a glass ceiling with the support of about one in three voters – not enough for a majority – and why so many people simply do not trust Harper. Is it credible that this cerebral and articulate conservative has gone on a long march through four parties (destroying one, and replacing two others) only to end as a Red Tory/Blue Grit wallowing in the mushy centre, holding onto power without principle? Not likely.

Carefully scan the many faces of Stephen Harper. The real one is there, just obscured for marketing purposes. There may be something after all in the partisan crack that Harper “loves power, but hates government.” This is, after all, a fundamental conservative paradox.