What is your definition of fundamentalism?

It’s a political ideology in the guise of religion. Fundamentalists want to change society so that it is governed according to their own principles, their own values, which are not necessarily religious. They use religion to attain their goal. For them, democracy is the enemy. It has to be destroyed, because laws don’t follow their principles or the way of God.

You define yourself as a “democratic Muslim,” not as a “moderate.” Why?

Democratic Muslims are people who believe in the value of democracy, in the supremacy of the laws that govern us. They believe that religion should not intervene in affairs of state.

Is fundamentalism on the rise in Quebec?

Definitely! … The fundamentalists are promoting their cause through speeches, indoctrination and proselytizing. They are a step ahead of us. People don’t understand what’s happening on the ground, in different places, like some mosques, women’s discussion circles, dialogue or prayer centres, youth centres as well.

With the internet, it’s gone beyond closed circles. In terms of Islam, you find virulent, hateful sermons against “infidels” – democratic Muslims, Christians and Jews. People are being taught to hate them and not to take them as models. To detest their values, democracy, women. These speeches may come from here or somewhere else, but they’re available in Quebec. Young people listen to them, because they’re not given enough opportunity to integrate here.

How does fundamentalism show up in everyday life?

It affects women above all. Fundamentalists attack their behaviour, their autonomy, their appearance. Their relationships with men and with society, private and public …

For example, in schools and universities, fundamentalists monitor young Muslim women and forbid them to share their table with infidels or to do their work with men.

Some communities want to take their children out of school, because the school program doesn’t conform to their vision of the world. You see it in a number of communities, especially among Hasidic Jews.

Not at all! Fundamentalism is government by God. It doesn’t matter which god. There’s the rise of the American religious right that spills over here. You see it in the House of Commons, in Ottawa, where evangelicals are trying to reopen the abortion debate. Again that affects the rights of women. We are in the age of fundamentalism. It needs to be resisted, but first of all, it needs to be understood.

How can people fight this phenomenon?

Acquired rights shouldn’t be endangered through the arbitrary process of religious accommodation, case by case. Clear guidelines need to be established. For example, it’s unacceptable for someone to refuse to be served by a woman who works for the government. That’s not negotiable. A person can’t stop working to go pray – that hinders the operation of the government. The religious neutrality of the state needs to be included in the Charter of Human Rights and Freedoms. Like the other parties in the National Assembly, I agree with the clause in Bill 60 that seeks to place limits on demands for accommodation.

But you don’t agree with the most controversial aspect of the PQ’s charter, which forbids religious symbols in the civil service and the parapublic sector.

Bill 60 needlessly takes a “wall to wall” approach. The furthest I propose to go is a ban for people in positions of authority, such as police officers, judges and prison guards. This is the consensus that’s emerging in society and it can be used as the base on which the fight against fundamentalism can be fashioned.

Because fundamentalism isn’t going to be resisted through this provision on religious symbols. It doesn’t affect the fundamentalists’ behaviour, their actions, their proselytizing. That’s where the real issue is. The state needs to be neutral in its actions, not in its dress code, except for symbols that are degrading to women, like the burka, the niqab and the chador.

You’ve drawn up a bill to fight fundamentalism. What’s in it?

The first thing we need to do is document the phenomenon of fundamentalism, including the way it’s developing in the Quebec context. I’m proposing the establishment of a supervision agency. And not just a group of academics who talk about theories. I’m talking about people on the ground, who follow what’s going on, who understand the fundamentalists’ language and the way they think. After that, we’ll know what we need to do to counter it, how we need to adapt.

The fundamentalists know us through and through. They know our laws, our regulations, our leaders, our policies. But we don’t know them, so they have the advantage on us. They know how to manipulate us. And they’re extremely well financed, notably by Saudi Arabia …

Do you think a complete ban on religious symbols in the public service could lead to more exclusion?

What pushes people, often young people, toward fundamentalism is above all exclusion from the labour market, the feeling of being rejected. These young people have skills, often they’ve studied here, but they don’t find jobs commensurate with their skills in the private sector or the civil service. They become vulnerable and some of them pay more attention to what the fundamentalists are saying. This stimulates a sense of withdrawing into one’s own identity. This happens in all communities, not just among Muslims.

You have your ears to the ground. How is the Islamic community experiencing the current debate on the Charter of Secularism?

Each time there’s a crisis that relates to the headscarf or Islamic communities, it has an effect on employment and on the capacity of Muslims to integrate. It strengthens prejudices. I’m seeing this on the ground. And not only among women who wear the headscarf. You’re a Muslim even if you don’t wear it. It seems that a media-driven Islam has been created that goes with the headscarf, but that’s a distortion of reality.

It’s our duty to consolidate everyone’s rights and contribute to social harmony. The fight is not between Christians and Muslims, but between democrats and fundamentalists in all religions. Public opinion shouldn’t stigmatize a community, shouldn’t exclude it, because that will push people toward fundamentalism. We need to build bridges between people, at work or at school, try to get to know the other, and not stop talking. That’s the best way of fighting fundamentalism.

Does fundamentalism lead directly to terrorism?

No. Terrorism is a national security question. It’s the extreme level of fundamentalism. But its appeal in Quebec should not be underestimated.

For years, people have been recruiting at mosque doors, in Canada and Quebec, to send young people to fight abroad in the name of jihad or to have them “trained” in Sudan, Yemen, Pakistan, Iraq, Somalia. We need to be listening to what’s being said in these places and understand it …

How can we find a way out of the dialogue of the deaf between the political parties that seems to be taking place on the Charter of Secularism?

There’s a radical position, the PQ’s. There’s a middle position, the CAQ’s. And then there’s another position, which I don’t think goes far enough, the Liberal Party’s. Let’s affirm the religious neutrality of the state in the Charter of Human Rights and Freedoms, let’s set limits to religious accommodation, and let’s ban religious symbols only for people who represent the authority of the state. Let’s measure the effects, let’s put measures in place to fight fundamentalism and let’s adapt as needed. There will always be time to introduce new legislation. Let’s move Quebec forward. Not the PQ, the Liberals or the CAQ, but Quebec … 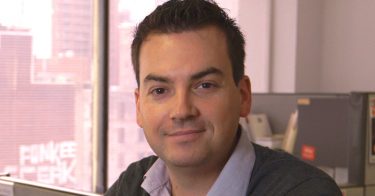