When I reviewed these two books for Inroads in 2010, I believed then that they offered mostly simplistic or one-sided diagnoses and unrealistic prescriptions for the solution of the “Quebec problem.” Nothing has happened in the intervening decade to make me change my assessment.

Crowley’s neopuritanical screed strikes me now as even more of a caricature of social analysis than it did in 2010. He laid almost all the blame for Canada’s straying from the puritan virtues of thrift, self-sacrifice, self-discipline and self-reliance at the feet of “millenarian Quebec nationalism.” Once demographic change has reduced the political influence of Quebec, he predicted, policymakers in Ottawa and the other provinces – presumably of a conservative if not reactionary persuasion – can get down to the business of rolling back the modern welfare state. This will compel more women to leave the workforce, stay home and have more babies.¹ Whatever the pathologies of contemporary Quebec society – and of course they exist, as they do in the various components of the ROC – this “vision” is not likely to appeal to many outside of the shrinking religious right. 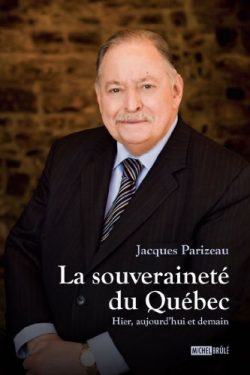 Parizeau’s book at least has the virtue of building a reasoned and dispassionate, if ultimately unconvincing, case for Quebec sovereignty. One of his main arguments is that the federal system in Canada leads inevitably to wasteful duplication and policy incoherence. Citizens in Quebec (and the ROC too) don’t know which level of government is responsible for what program. There is useless and costly competition between the two levels of government. Lines of accountability are blurred. Quebec’s accession to sovereignty might not make everything automatically better for everyone, but it would at least make more rational outcomes a possibility.

To his credit, Parizeau did not underestimate the difficulties involved in achieving sovereignty. All ambitious societal projects, he noted, like the reform of Quebec’s educational system during the Quiet Revolution or the creation of the Caisse de Dépôt et Placement, have proceeded in fits and starts, marked by both abject failures and singular successes. Too many people in Quebec, Parizeau lamented, are unduly pessimistic about the prospects for sovereignty. This pessimism about the sovereignty project has only become more deeply entrenched over the past decade, however, and for good reason. In the heat of actual election campaigns, the irrational exuberance of key proponents of Quebec independence has been sufficient to derail the electoral fortunes of both the Bloc Québécois and the Parti Québécois.
In the 2011 federal election, for example, then Bloc leader Gilles Duceppe started to muse in mid-campaign about his party’s inevitable triumph in Quebec (it held a solid majority of the province’s seats at the time), which would be followed by a PQ victory in the next provincial election and then by a convincing win by the Yes side in an eventual third referendum. Late in the campaign, Jacques Parizeau himself and former union leader Gérald Larose both gave fiery pro-independence speeches in which they tried to rally the sovereigntist base.

These interventions were catastrophically counterproductive. In May 2011 the Bloc was decimated, reduced to only four seats; Duceppe resigned as leader after the NDP made a spectacular breakthrough in the province under Jack Layton, riding the so-called “Orange Wave.” The authors of an important study of the NDP’s success in Quebec in the 2011 federal election argue that it is highly likely that the Bloc’s emphasis on sovereignty in the campaign backfired, and drove soft nationalists into the arms of Layton and the NDP.² And while it is true that the Bloc has recently been revived under Yves-François Blanchet, the new leader has succeeded in bringing the party back from the brink of death not by highlighting its raison d’être of independence but mainly by playing identity politics.

Even more egregious was the moment in the 2014 provincial campaign when then PQ leader Pauline Marois shared the stage with the star candidate she had recruited, business mwagnate Pierre Karl Péladeau. When announcing his candidacy, PKP raised his fist in the air and shouted, “On veut un pays.” From that moment on, the PQ’s careful plans to build its campaign around identity issues and its proposed Charter of Values were unravelled by the issue of sovereignty, which turned out to be a monumental strategic error, contributing at least in part to the party’s defeat at the hands of the Liberals in the election. Its fortunes have only continued to founder since.

So, despite being article no. 1 in the PQ program, sovereignty can barely be broached in real election campaigns without losing votes. This is unlikely to change in the near future. One of the fundamental problems confronting the PQ, which some observers believe might eventually contribute to the party’s continuing slide toward irrelevance or even its demise, is the generational shift that appears to be occurring in Quebec, whereby millennial voters are drifting away from the long-established political vehicle of the boomer generation and its societal project of sovereignty. Looking at generational dynamics in current Quebec politics, political scientists Valérie-Anne Mahéo and Éric Bélanger note that while millennials are not necessarily hostile to the idea of independence, they do not consider it immediately relevant to their pressing existential concerns, like climate change and finding meaningful employment in the current economy. These young voters, as Mahéo and Bélanger also show, do not embrace the identity politics enshrined in the Charter of Values with nearly the same enthusiasm as their aging boomer counterparts.³ 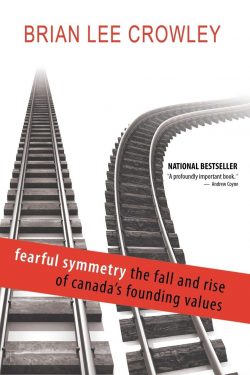 Moreover, as a recent survey of Canadian attitudes shows, younger Québécois (those aged 18 to 34) are more likely than older generations to have divided loyalties, simultaneously to Canada as a country and Quebec as their nation.4 Whether we call these “nested” or “hybrid” or “composite” identities, the fact that young Québécois in particular have some sort of identification with Canada likely means that an important subsegment of this generation would not view the “solution” of Quebec sovereignty in quite the same dispassionate (some might say bloodless), technocratic and even utopian way that Jacques Parizeau did.

Finally, it is an open question whether an independent Quebec, even with a seat at the United Nations, would be able to solve the problems of French-language preservation and the accommodation of cultural diversity quite as easily as Parizeau and his allies like to claim. The threats to the French language posed by globalization and the ongoing entrenchment of English as a lingua franca in scientific, technical and commercial fields of endeavour would still exist. Social media would still play a role in eroding centralized, bureaucratic edicts to prohibit the use of English or other languages. Issues that enrage hardline nationalists – the widespread use of the greeting “Bonjour-Hi” by retailers on the island of Montreal, the attractiveness of some English-language cegeps to francophone and allophone students, the tendency of many immigrant children (second-generation or later) to use languages other than French in the home – will still confront an independent Quebec, so long as its geographic location in North America does not change, or unless it seeks to close its borders.

Moreover, if the Legault government manages to pass its proposed package of language reforms in something like its current iteration, it will be making a concerted effort to deal with these linguistic issues within the existing federal system, without the wrenching dislocation of separation. Parizeau held out the prospect of a quick and easy no-fault divorce between Quebec and the ROC in which both parties emerged better off and happier than they were before. The greater likelihood, though, is that each side would be severely damaged by a highly charged, emotional referendum campaign. By supporting Legault’s nationalist CAQ at well over 50 per cent, more than twice the total support for the two sovereigntist parties (the PQ and Québec Solidaire) combined, French-speaking Quebecers are saying that this is a scenario they want to avoid.

¹ Perhaps the most gobsmacking passage in the entire book can be found on page 177: “Suppose that … the state rolls back its ambitions and Canadians in turn roll back their expectations of what the state can do for them. Family is almost certain to fill at least some of the gap. Philip Longman argues, ‘The absolute population of Europe and Japan may fall dramatically, but the remaining population will, by a process similar to the survival of the fittest, be adapted to a new environment in which no one can rely on government to replace the family …’ And on current trends, Canada will not be far behind.”

Brian Tanguay is Professor of Political Science at Wilfrid Laurier University in Waterloo, Ontario. Among his main areas of interest are Quebec and Ontario politics. Read More