The following piece is a response to The Convenient Assumptions Lurking in Ronald Beiner’s Review, in which author Benjamin R. Teitelbaum replies to an earlier review of his book, War for Eternity.

No one reading my review of War for Eternity could think that I was lacking in appreciation for Benjamin Teitelbaum’s book. I began by saying that I found it a remarkable book and I ended by saying that he had performed a major service to people concerned about the return of neofascism, and I stand by those judgements. I’ve spent the last six years in the same rabbit-hole that he inhabits, so I can certainly sympathize with his obsession with this new intelligentsia of the radical right. What I can’t sympathize with is his impulse to befriend fascists and sometimes to take their side against critics. Teitelbaum obviously knows that he is treading controversial ground; I’m hardly the first reader of his to react with severe discomfort and unease.

Professor Teitelbaum is an intelligent scholar and a talented writer. The all-important point of contention between us, as I tried to make clear in my review essay, concerns the animating methodology behind what he himself calls his “immoral anthropology.” When I read the debates concerning his provocative version of ethnographic methodology in Current Anthropology, I was shocked not only by Teitelbaum’s own articulation of his views but also, and no less, by how many of his colleagues found his ideas attractive.

However, there was one very robust exception: the commentary by Nancy Scheper-Hughes. She wrote that she found Teitelbaum’s approach “disturbing” and “distasteful”; that he reduces the ethical demands of ethnographic fieldwork in all their complexity “to a single ethical mandate,” scholar-informant solidarity: “Solidarity, in turn, requires empathy, reciprocity, care, respect, and collusion … This applies (in Teitelbaum’s case) without restraint, critical thinking, or moral or political judgment.”

Teitelbaum may be well-intentioned, and may honestly think that his friendship or solidarity with his subjects generates insights into what drives these people that would otherwise be unavailable. I confess that, like Scheper-Hughes, I think Teitelbaum goes much too far in liberating research on the radical right from moral and political judgement, and hence doesn’t attend sufficiently to the perils involved. The idea that scholars should put their “values” aside when studying society has a long and unfortunate lineage in the history of social science, going back at least to Max Weber (if not Machiavelli). Teitelbaum and I agree that it’s urgent that we understand why far-right thinking is making a signal comeback in societies that should know better. We disagree strongly on the question of whether bracketing critical judgement about these ideologies and the people who spread them will help us do that.

Teitelbaum wonders why there is a problem in becoming chummy with the cryptofascists who are the subject of this book as well as the fascists and racists he researches in his other work. The reason, I think, is surpassingly simple: Jews cannot be friends with anti-Semites, and egalitarian democrats cannot be friends with fascists.

Commitment to some highly dubious methodology doesn’t override or annul that principle. 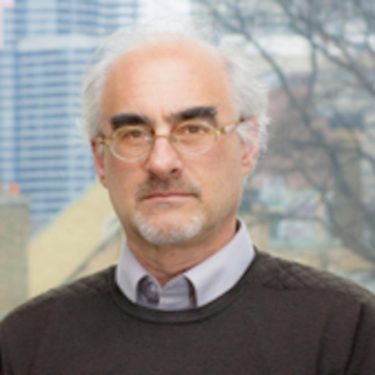 Ronald Beiner is Professor of Political Science at the University of Toronto. His books include Dangerous Minds: Nietzsche, Heidegger, and the Return of the Far Right (University of Pennsylvania Press, 2018). Read More