An earlier version of this article appeared in the winter 2009 edition of the magazine, Nouvelles CSQ. It was translated from the French by Frances Boylston.

“There is no doubt: the Finnish school model is the best in the world,” said Claude Anttila, education consultant and professor at the Finnish National Board of Education, at a symposium sponsored by the Centrale des Syndicats du Québec (Quebec’s major teachers union) earlier this year. She pointed out that Finnish students consistently rank at the top of international tests. Moreover, there are effectively no school dropouts: 99.7 per cent of 17-year-olds have completed their secondary education. Even dropping out of pre-university, professional or technical courses at the junior college level is very rare. And Finland is actually reducing the achievement gap between girls and boys.

How has Finnish education managed to do this? Professor Anttila, who for many years was a teacher and a director of a Finnish junior college (gymnasium), identified a number of principles that guide the Finnish school model: equal opportunity, regional and school autonomy, funding equity, professional responsibility, abandonment of high-stakes testing, highly qualified and motivated teachers and sustained political support. In her talk she traced the developments that set the foundations for the Finnish school model.

The reform of the Finnish educational system in the 1970s was based on a conception of equity and democracy, explained Professor Anttila, “and supported by all succeeding governments and ministries.” Schooling was made free, including all school materials, school meals, transportation and extracurricular activities. Today, no matter where a student lives, whether in Helsinki (the capital) or, say, in Utsjoki 1,300 kilometres north of Helsinki, the same program and the same teaching materials and resources are used. The status of the school is also the same: a public school under the authority of the local government. Across Finland, students follow the same common core of subjects until the age of 16.

While there is no magic bullet, a key to the miracle of Finland’s school success is that great efforts are made to ensure that no student repeats a grade during the compulsory nine years. Rather than issuing a report card that reflects problems and points to failure, the Finnish teacher makes “assessments based on skills and developments in the course work and behaviour, while identifying strengths and areas where students need to make greater efforts.” The purpose of evaluation is to judge what has been acquired and what still needs further to be acquired, not to focus on a particular weakness.

Furthermore, the students themselves are involved in this process. Students evaluate their own work, behaviour, social skills and ability to “learn to learn.” Parents receive the results of the self-evaluation in order to track student progress.

“If a student has difficulty,” said Professor Anttila, “it is first the student’s own teacher who, during time after the regular class, will try to resolve the problem. If the problem is more difficult, we may use a specialist teacher or educational professional who has other methods that can address the matter in a more innovative manner.”

It should not be assumed that Finns naively reject all forms of ranking or grading. During the last four years of the core curriculum, students receive course marks between 4 and 10. Access to junior college, which provides three years of preparation for higher education, is based on the student’s marks. Furthermore, acceptance into professional and vocational streams is based on the student’s chosen optional courses and the results in those courses.

Professor Anttila cautions against thinking that Finns have been uniformly enthusiastic about the educational reform. On the contrary, for some time many Finns were quite pessimistic about their educational system. This negative judgement was fuelled by a very dark portrait presented in the media.

Claude Anttila finds this amusing, commenting that “in 2000, when the initial results of the Program for International Student Assessment tests conducted by the OECD came out, Finnish journalists did not believe them and did not publicize the figures. Instead it was the German press that broke the news.” It was not until the 2003 PISA tests confirmed the high ranking of Finnish students that the public began to believe it: “When Finns evaluated the system against their own standards, the portrait was negative, but then they compared their system to others and saw that they were not as bad as that.” 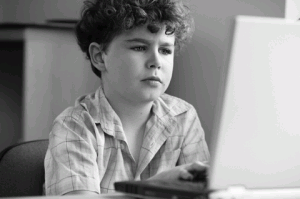 In the first two PISA surveys, 2000 and 2003, which assessed 15-year-old students from nearly 60 participating countries in the areas of mathematics, science and literacy, Finland scored highest overall. Both assessments showed that Finnish students are better at reading than students in other high-literacy OECD countries such as South Korea, Canada, Australia and New Zealand. Finland also performed better in sciences than the other two top OECD countries, Japan and South Korea. According to the official PISA 2003 report, Finland is now at same level with east Asian countries, whose performance in mathematics and science had been previously unmatched. This success has also led many Finns to be uneasy. Some worry about what will happen in the next PISA assessment since, as one educator said, “We can only go down from the top, and then what will happen? What will that tell us about the Finnish education system?”

While Finnish educators may have some reason for concern, the rest of the world has begun to view the Finnish education system as a model, or at least a worthwhile point of comparison. For example, the PISA results significantly revealed that it was not just those who had previously ranked in the upper achievement levels who had made progress. Students who in the Finnish system were ranked in the lower levels had also improved significantly; in some cases their scores exceeded students who in other countries were categorized in higher achievement levels.

In addition, there are fewer differences between boys and girls. In most countries boys are doing extremely poorly, in terms of both dropout rates and academic achievement. “In the old system, we had to encourage boys to increase their average just to be able to graduate,” said Claude Anttila, but she noted that this is no longer the case today, thanks to the use of information and communication technologies: “Recently the girls, who have always been better in language learning, have been overtaken by boys in English. Imagine.”

The results appear to indicate that the Finnish school model has a recipe for success. But would the recipe work in our more heterogeneous province or country? And could we bring about the necessary reforms and get the financial support needed to succeed?