Derek Shearer has written about U.S. politics and society for Inroads. Here he takes a retrospective look at James Fallows and Deborah Fallows, Our Towns: A 100,000-Mile Journey into the Heart of America (New York: Pantheon, 2018). An earlier version of this review was published by the Clinton Institute, University College, Dublin.

In 2012, two journalists – Jim Fallows, a correspondent for the Atlantic, and his wife Deb Fallows – returned to the United States after years reporting from China and decided to reacquaint themselves with their own country. Making use of Jim’s skills as a pilot, the couple crisscrossed the country in a small plane for five years, looking for stories of change and renewal, mostly in midsize towns. They chronicled what they found in articles in the Atlantic and compiled them in a best-selling book, Our Towns: A 100,000-Mile Journey into the Heart of America.

It is fair to say that the Fallows were looking for good news about America – examples of locales where people came together to solve civic problems and improve their communities – and they found plenty of uplifting stories to report. While not ignoring race and class divisions, they did not emphasize them. They largely completed the book before the election of Donald Trump and the rise of the Black Lives Matter movement.

After the book’s publication, the Fallows did not move on to reporting from another country or choose another topic for a book. Instead, they decided to expand their domestic work on multiple media fronts – cooperating on an HBO documentary based on the book and then, even more significantly, establishing the Our Towns Civic Foundation, which uses the tools of 21st-century communication – Twitter, Instagram, YouTube and an electronic newsletter – to build a virtual network of civic-minded Americans engaged in renewing their communities.

Among the optimistic stories in the most recent newsletter is one on an effort in Erie, Pennsylvania, to support refugee-owned business startups and another on the Lake Area Technical College in Watertown, South Dakota, one of the best community colleges in the country. The examples that the Fallows continue to uncover and document are not trivial or inconsequential. In many instances, these efforts transcend left/right, progressive/conservative and Black/White categories. They are not about winning partisan battles but about reclaiming the American democratic spirit. The tools include microbreweries and minor-league baseball stadiums as well as community colleges and community newspapers. The abiding faith is that America can be redeemed and renewed through democratic means.

I’ve been giving copies of Our Towns to foreign ambassadors and consuls general, encouraging the diplomats to use the book and the newsletter as guides for getting out of D.C. and seeing areas of the country that CNN and Fox News ignore. I’ve also recommended to President Biden’s administration that it instruct his new ambassadors to link up citizens in the country where they’re serving with the Our Towns network to make it an international web of civic activists, so that we learn not just from ourselves at home but also from citizens around the world.

Is the Fallows’ faith in civic activism justified? As the country slowly emerges from the COVID-19 pandemic, is there hope for building a better, fairer and more productive America? Can citizens connect on a community level beyond culture wars and Trump-inspired conspiracy theories? The country is still deeply split along partisan lines. A majority of Republicans don’t believe that Joe Biden is the legitimate president and most support antidemocratic efforts to suppress voter turnout.

As a California native I’ve always been an optimist about the prospects for renewing the democratic promise of America – but I’m not Pollyannaish. I’ve tried to base my optimism and activism on what works in practice to make a better society. I understand from experience how deeply ingrained racial divisions and the long-term effects of institutional racism are.

In 1984, I received a grant from the Guggenheim Foundation titled “Learning from Ourselves” for travel to cities across the country to examine case studies of citizen participation and urban renewal. In the eighties, I was also a co-founder of the Conference on Alternative State and Local Policies, which sought to bring together activists to share ideas and strategies about political and economic reform. Our first gathering was hosted by Paul Soglin, the young liberal mayor of Madison, Wisconsin, and his deputy, former investigative journalist Jim Rowen. 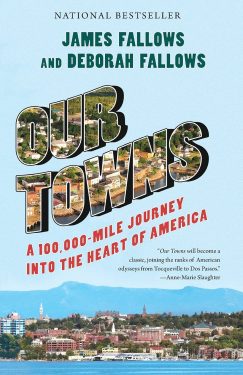 In subsequent annual meetings, we brought together elected officials, administrators, community activists and policy thinkers from midsized California cities like Berkeley, Santa Monica, Santa Cruz, Santa Barbara and Davis; from midwestern cities like St. Paul, as well as Chicago and Detroit where there were mobilized Black communities; from northeastern cities like Burlington, Vermont – where an insurgent community organizer named Bernie Sanders had been elected mayor – and Hartford, Connecticut; and from southern cities like Austin, Texas, where populist Jim Hightower had been elected state agriculture commissioner. It felt like a democratic wave was spreading across the country – at least among our generation. Activists who had been in the streets protesting the Vietnam War or demonstrating for civil rights decided to engage in electoral politics to bring about societal reform.

I co-edited an annual Policy Reader for the meetings in which we compiled examples of local legislation and programs such as urban farmers’ markets, well-designed affordable housing, community-based policing, sustainable environmental planning and neighbourhood-based economic development. We commissioned policy studies, including consultant Ed Kirshner’s The Wealth of Cities on the underused resources of urban jurisdictions and a study of publicly owned banks like the state-owned Bank of North Dakota. We published articles in Working Papers, a quarterly journal of politics and public policy; I served as west coast editor.

Pierre Clavel, a professor at Cornell, chronicled many of these reform efforts in his book The Progressive City: Planning and Participation. Clavel also established a valuable Progressive Cities archive at the Cornell University School of City and Regional Planning. Some of the participants in our network went on to higher office including Bernie Sanders; North Dakota’s populist tax commissioner Byron Dorgan, who became a U.S. senator; Cleveland’s mayor Dennis Kucinich, who was elected to Congress; and Arkansas’s attorney general Bill Clinton, who made it to the White House.

On the basis of this experience, I wrote a national urban program for President-elect Clinton, hoping that the Department of Housing and Urban Development might promote and support these local progressive efforts. Unfortunately, Clinton’s choice for HUD secretary, Andrew Cuomo, showed little interest. I found myself pushed out of domestic policy matters and returned to an earlier field of interest, diplomacy, by becoming the U.S. ambassador to Finland. Clinton’s efforts at reform – for example, to pass national health insurance – were attacked on all fronts by Republicans and corporate interests.

As ambassador, I had to explain to my host nation why Newt Gingrich and the Republican Party decided to shut down the federal government. I also learned that the Conference on Alternative State and Local Policy had lost its modest funding and had folded. After Vice President Gore lost a narrow race to George W. Bush in 2000, 9/11 and the War on Terror seemed to suck the reform energy out of the American political system, while the country’s embrace of globalization drained economic resources from many local communities. Dysfunction and stagnation, coupled with wealth accumulation for the few, seemed to be the new American model. Rampant homelessness and racial strife became the default urban policy.

Funded by right-wing billionaires and corporate political funds, the Republican Party won control of many state legislatures, enacting a wave of conservative legislation which has targeted the teaching of American’s history of slavery, limited women’s access to abortion and increased voter suppression measures. Trump’s presidency exacerbated societal divisions over race and immigration. He encouraged antidemocratic behaviour, culminating in a refusal to recognize defeat at the polls and the mob attack on the Capitol on January 6.
The election of a decent Democratic moderate, Joe Biden, has not brought the country together. Deep partisan divisions remain, stoked by the Republican Party at all levels. Most troubling has been the ongoing attack on public health measures to protect Americans against COVID-19. Fights have broken out at local school board meetings over vaccination mandates and Critical Race Theory. Funded by the Republican right, an unsuccessful effort was made to recall California’s Governor Gavin Newsom over his response to the pandemic. Republicans in Congress are opposing President Biden’s economic legislation as well as his efforts to pass police reform and voting rights bills.

National news coverage highlights these partisan divisions; it certainly doesn’t feel like the rebirth of civic virtue that the Fallows document and celebrate in the Our Towns project.

To share in at least some of the Fallows’ faith in their fellow Americans requires an understanding that the Republican Party is fighting a rearguard action – what historian Sean Wilentz calls “The Tyranny of the Minority.”¹ They use the decentralized governing structure of the country to oppose reform in southern and midwestern states and the undemocratic structure of the Senate to block progressive change at the national level – but they don’t represent the majority of citizens.

The highly charged partisan atmosphere of American politics will not change overnight, but even in the middle of a storm there are rays of light and the inklings of a clearer tomorrow. That’s why I admire the work done by Jim and Deb Fallows – revealing and supporting paths to better, more prosperous and more democratic American communities once the virus of Republican extremism dies out.

¹ Sean Wilentz, The Tyranny of the Minority, from Calhoun to Trump, Liberties Journal, Vol. 2, No. 1 (Fall 2021); a more detailed analysis can be found in political scientists Thomas E. Mann and Norman J. Ornstein’s book It’s Even Worse Than It Looks: How the American Constitutional System Collided with the New Politics of Extremism (New York: Basic Books, 2016). 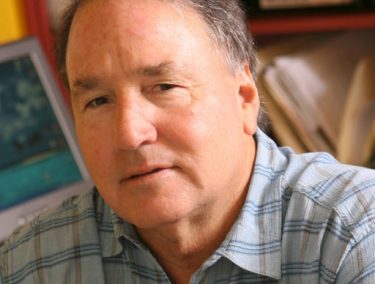 Derek Shearer is Chevalier Professor of Diplomacy and Director of the McKinnon Center for Global Affairs at Occidental College in Los Angeles. He was U.S. Ambassador to Finland from 1994 to 1997. Read More