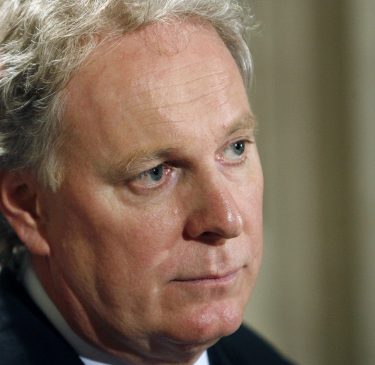 Quebec’s Premier Jean Charest listens to a question during a news conference with Vermont’s Governor James Douglas (not pictured) at the National Assembly in Quebec City December 4, 2007. Karlheinz Schreiber, who testified today in Ottawa, said he gave $30,000 in cash to the brother of Premier Jean Charest when the latter was running for the leadership of the Progress Conservative party in 1993. REUTERS/Mathieu Belanger (CANADA)