Photo by Mohamed Abdelghaffar via Pexels.

We need only look as far as Canada’s residential school tragedy to observe the results of religion’s role in educating children and how macabre the outcomes can be when the state teams up with organized religion.

Uncoupling religious dogma from state-sponsored education remains one of the greatest hallmarks of a fully functioning democracy – in the same league as an impartial judiciary. Without this division, women and girls are reduced to the role prescribed by centuries of religiously sanctioned gender discrimination and oppression. Draconian rules regarding modesty and how women and girls are to disguise or disfigure their femininity must go down as one of the most significant inequities in history.

Six weeks after the Taliban regained power in Afghanistan this past summer, the new chancellor of Kabul University, Mohammed Ashraf Gharaid, described schools as “centres for prostitution.” By the end of September, he had barred women from the university as teachers or students by saying “Islam first.”

People inhabit a variety of spaces, from private homes to public streets to publicly sponsored or state-regulated space. It is this third category, which includes publicly funded schools, that is the most adaptive to progressive ideas and able to change as social constructs are redesigned in a responsive democracy. In Canada, publicly funded workspaces have narrowed the wage gap between men and women, while in the private sector large wage gaps are commonplace and in the home “women’s work” often goes unpaid and unrecognized. Quebec’s Bill 21 brings publicly funded work into a space where religious strictures and static home customs play a lesser role.

For 25 years, I taught at Ontario’s Sheridan College, which has two campuses, one in Oakville and a second in Brampton. When I first started working, the composition of the student population in “white bread” Oakville (as it was termed) and White working-class Brampton was similar. Over time, Oakville remained wealthy and predominately White, and students from Oakville and Burlington and across Toronto studied at the main Oakville campus, which specialized in the arts, including Sheridan’s world-renowned animation program. The opposite happened in Brampton, whose population expanded from 233,312 in 1990 to more than 600,000 today. Brampton is the second-fastest-growing city in the country, and only 25 per cent of people are categorized by the 2016 census as European Whites. At Sheridan’s Brampton campus, the majority of programs are concentrated in business and technology training.

For the most part, professors at Sheridan preferred not to teach in Brampton. “It was too far from home” or “students were difficult and unruly” or “they cheated” were frequent comments from faculty. When I began teaching in Brampton in 2008, I expected the worst. Instead, I encountered the best. Students were eager to learn. Unlike the Oakville campus, where students arrived at class and then disappeared from campus as soon as class ended, the Brampton campus was a lively, humming place from morning till night. Students crowded not only the cafeteria, but the library and the hallways as well. Stairways were filled with students socializing.

Many of the women wore hijabs. On campus, they could mingle with men their age, something many of them were not allowed to do at home or in religious spaces. In my literature classes, where open discussion was encouraged, young women wearing hijabs would sometimes remove them before expressing themselves. At first I thought it was a coincidence, but then I realized that they felt free enough to remove their headscarves in my classroom and this made them comfortable to speak freely.

I came to teach at Brampton after launching the Canadian Journalism program for Internationally Trained Journalists. While attending a PEN Canada meeting sponsored by then Governor General Adrienne Clarkson in Ottawa in 2003, I met a group of refugee writers who fled to Canada to escape oppression or imprisonment in their native countries. Most were men, but a few were women. In the first cohort were students from Iran, Egypt, Pakistan, Afghanistan and Eritrea. The women journalists who attended all wanted to freely practise their profession, which they could not do in their home countries because they were women. Some graduates went on to work at the CBC and the BBC. None wore religious apparel.

It is baffling that many feminists who have spent their lives fighting for women’s rights – for access to birth control and abortion, for voting rights and equal pay for equal work – stand staunchly against Bill 21, although it is the state that has enabled these rights. Quebec has often led the way on women’s equality – on abortion rights and affordable daycare, state-sponsored measures that allow women to enjoy increased control over their private and working lives and in their homes.

In certain respects, the anti–Bill 21 argument resembles that of unions fighting mandatory vaccination against COVID-19. Not long ago, unions were centres of enlightenment, where national and community well-being were introduced and debated along with union business. Experience shows that state intervention is the most successful method to control the pandemic, as the health crisis in Alberta has illustrated. Public and private unions that oppose vaccine mandates are not acting in good faith with their larger communities.

When does this breathtaking distrust in government merge with the right of the individual to refuse vaccination during a pandemic? When does the will of the majority to mandate nonreligious clothing among its public employees interfere with religious traditions so entrenched that they cannot be limited in a secular state?

When progressives believe that the democratic state does not have the right to propel positive changes in the lives of girls and women, we’re all in trouble. If it’s simply a matter of individual choice, we’re going down a rabbit hole from which it could be impossible to emerge. 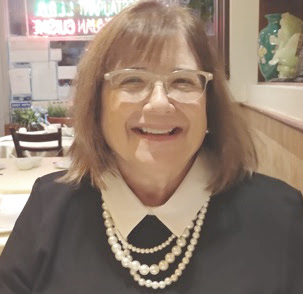 Joyce Wayne is the author of two novels, Last Night of the World (2018) about the actual characters who started the Cold War and The Cook’s Temptation (2013) about a Victorian cook who happens... Read More