I have read with interest your response to Luc Allaire regarding low-cost daycare services in Quebec (“Quebec’s $7-a-day universal childcare: Introducing a few doubts,” Inroads, Winter/ Spring 2011, pp. 107−09). In light of your criticism of these services, I would like to draw your attention to four aspects of this issue. The first aspect is costs. I’m sure you know that if you take into account both fees and the taxes they pay, the parents who use the daycare services assume 40 per cent of their costs. Second, poverty is expensive. Low-cost daycare has made a major contribution to reducing the poverty rate among families with children aged three to five − a 43 per cent reduction for single-parent families and a 52 per cent reduction for two-parent families. In this way too, Quebec is not Alberta! Third, it’s true that, in general, enrolment in daycare has not had the impact on the development of young children that had been hoped for. However, data from the Étude Longitudinale du Développement des Enfants du Québec (ÉLDEQ) show that daycare does make a difference for children who are in regulated daycare environments. In addition, the most vulnerable children are still underrepresented in the low-cost daycare system. 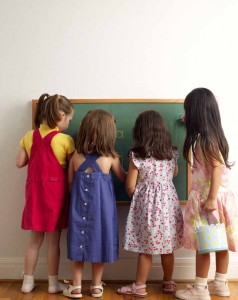 This is because government’s first priority in the conception and administration of the system has been balancing work and family, not the cognitive development of the most vulnerable children. No doubt, there is still much work to do in terms of quality of service, especially in relation to training staff in home-based and for-profit private daycare. And while you advocate age-four kindergarten, studies show that intervention needs to begin earlier than that. In terms of Aboriginal children, as you know, there are many Centres de la Petite Enfance in Inuit and First Nations communities. Undoubtedly, these CPEs face the same issues of organization and quality, only more acutely. You are right to highlight this question and call for more to be done. Finally, you maintain that Quebec imposes high taxes on its citizens. However, this assertion needs to be nuanced, and recent studies at the Université de Sherbrooke come to a substantially different conclusion.

These studies show that when government benefits and allowances are subtracted from the taxes and contributions that people pay, Quebecers’ net fiscal burden is smaller than it appears. Thus, single-parent families in Quebec, rather than contributing, receive 28 per cent of their income on average from the government, compared to 14 per cent in the rest of Canada and 1 per cent in the United States. For two-parent families with two children, the fiscal burden in Quebec is only one twelfth of what it is in the rest of the country.

Cher M. Bouchard, It is a pleasure to exchange a few ideas on social policy, a subject that has engaged both of us for many years. I make two points. The first is the danger of ignoring a rising debt/GDP ratio. The second is to think carefully about the goals of social programs, especially expensive programs such as Quebec’s $7-a-day childcare. Quebec has made enormous progress over the last half century in closing economic and social gaps with the rest of Canada – and, as you say, in creating a society more egalitarian than the rest of Canada. Pierre Fortin makes this point clearly in his article in this issue.1 Writing elsewhere, however, Fortin warns: In early 2009, the prospect of a growing fiscal imbalance in Quebec suddenly appeared after 10 years of … moderate growth in program spending. This imbalance was structural in nature. It did not stem chiefly from the 2008/2009 recession, which was rather moderate in Quebec. 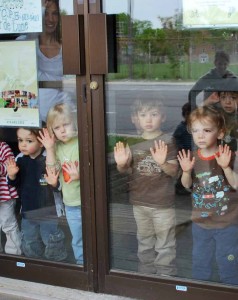 If nothing done, the budget deficit would persist and worsen, even after the economy returned to full employment. The financial imbalance was not the result, either, of any deteriorating performance of the Quebec economy over the past two decades.2 Quebec’s fiscal problem is structural in the sense that, even after restoration of pre-2008 rates of economic growth, extrapolation of present programs and present tax rates results in unsustainable deficits and provincial debt. Fortin calls on the Quebec government to “avoid procrastinating” and undertake major program adjustments now. Delay means more traumatic adjustments later. Among the adjustments I would endorse is targeting of a $7-a-day daycare program to families with children at high risk of décrochage. This means either regulations on access or raising the daily fees charged to middle-class families. The second point I make is to be wary of mission creep. Is the “first priority … of the system … balancing work and family”? If so, it would be far less expensive simply to provide a generous supplement to the National Child Benefit System, phased out much more slowly than the present system as family income rises. The first priority of early childhood programs, I suggest, is not that; rather, it is to give a leg up to children from families that, for many reasons, are at a disadvantage when it comes to formal school learning. Given Quebec’s high secondary school dropout rate, among francophone boys in particular, that priority is very much worth pursuing.