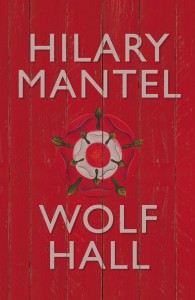 There are two new books on Henry VIII’s indomitable minister Thomas Cromwell, “the most hated man in England.” One is a scholarly biography by Robert Hutchinson of the University of Sussex, the other an inspired interior monologue by Hilary Mantel that won the Man Booker prize in 2009: Wolf Hall. Both books tell the tale vividly: Cromwell’s very humble beginnings as the abused son of a blacksmith, his somewhat shadowy adventures as a soldier in the French army fighting the Spanish in Europe (“the wrong side”) and his subsequent rise to statesmanship at the English court.

Versed in the law, cunning and manipulative, and an adept at the art of torture, Cromwell knew how to lean with the wind and turn any crisis into an opportunity. If Thomas More was the “man for all seasons,” Thomas Cromwell was arguably the spin doctor of 16th-century politics. He had learned at the feet of an expert, Cardinal Thomas Wolsey. But Wolsey fell from favour when he failed to get the Pope’s approval for dissolving King Henry’s first marriage to Katherine of Aragon. Within two years Wolsey was dead, his protégé Cromwell left to navigate through the irreconcilable currents of Henry VIII’s wish for a divorce, the resistance of the Pope, the Spanish court and the Holy Roman Emperor, and the self-seeking interference of the French king. Not to mention all the factions swirling about Henry’s court, all the dukes and earls with marriageable daughters and all the religious leaders of different stripes clashing over how to worship. It was a world where no one’s position was safe, and “early retirement” (as well as “divorce”) usually involved a date with the executioner.

In 1975 Neville Williams brought Cromwell’s story to light in a lively and informative double biography called The Cardinal and the Secretary. It was the definitive account for more than 30 years, until both Mantel and Hutchinson pounced on the story and filled in the gaps, each in their distinctive way. As a result, the story now becomes how a man of state walks the tightrope between power and the pit.

Robert Hutchinson, working from original sources, gives us a detailed glimpse of 16th-century England much as Alison Weir does in her many nonfiction books about this period. He takes us inside Cromwell’s house, reads the household accounts over his shoulder, tells us what he ate, what he wore and how he furnished his rooms. Hutchinson explains how bribes were conveyed (often in the fingers of gloves presented as gifts), and shows us what happened to all those unfortunates who were dispossessed as wave after wave of the king’s bullies plundered the monasteries and country houses of England. If we think the Tudor period was disorganized and corrupt, we should have seen it before Cromwell’s many reforms, as Hutchinson shows us through the eyes of those who lived it. Memorably, he describes the popular entertainment of jousting as “Tudor testosterone.”

Hilary Mantel looked for another way to tell the story, and with her poet’s eye and novelist’s skill she has gone inside Cromwell’s head, turning him into a completely understandable, principled and rather likeable human being. In an article in the Sunday Times in April 2009 Mantel wrote,

When I set out to find Cromwell, I discovered a man who succeeded by toughness and unremitting hard work, by ingenuity, suppleness and flair; a gregarious man, generous and cultured, good at making friends and watchful of their interests. There was a touch of the mafia boss about him: once you were part of the Austin Friars family, you would be protected, made useful and often made rich …

I saw him, initially, through the mirror of other people’s perceptions. Then I tried – because this is what a novelist can do – to step through the glass and see the Tudor world from behind his eyes.

Like Henry himself, he is less like a historical figure than a figure from myth, an adventurer, a trickster, a chancer; one of those strange beings who transcend anything that could have been predicted for them, and who change the shape of the world before they leave it.

To present this sympathetic and engaging portrait, however, Mantel has had to be selective with the facts and also assume that we already know all the background. How fortunate, then, that Hutchinson’s book makes the perfect complement and allows us to fill in the gaps. To take just one small example, Cromwell was beholden for his Commons seat of Taunton to one of the chief players in the court intrigues and the man who would ultimately bring him down: Thomas Howard, third Duke of Norfolk, uncle to not one but two of Henry VIII’s wives. The story of that arc of influence would have been fun to pursue.

Nevertheless, Mantel’s poetic voice makes Wolf Hall a compelling read. The use of the unreliable narrator allows us a real insight into the characters, both major and minor (on a closely related theme, Margaret George pulled this off brilliantly in The Autobiography of Henry VIII). There are delightful thumbnail descriptions, such as “the sickly milk-faced creeper” Jane Seymour and a worried Anne Boleyn, looking “small and tense, as if someone has knitted her and drawn the stitches too tight.” More tells Cromwell, “This relentless bonhomie of yours. I knew it would wear out in the end. It is a coin that has changed hands so often. And now the small silver is worn out, and we see the base metal.” Mantel puts an amazingly apt and succinct comparison of Cromwell and the king into the mouth of Katherine of Aragon:

I know that he needs to be on the side of the light. He is not a man like you , who just packs up his sins in his saddlebags and carries them from country to country, and when they grow too heavy whistles up a mule or two, and soon commands a train of them and a troop of muleteers. Henry may err, but he needs to be forgiven.

It takes a particular talent to distill the dry facts of history and present them on such a high literary level, a level that verges on poetry. Wolf Hall is also studded with the small, telling details that bring the 16th century vividly to light, sound and smell. We learn more about burning at the stake than we care to know, and page through some disgusting illnesses and executions. Cromwell’s past experience as a cloth merchant provides charming reflections on fabrics and embroidery. Some readers are put off by the fact that Mantel uses the third person singular and the present tense. She may want Wolf Hall to read as a play – all the world being a stage, after all – perhaps in homage to Shakespeare and to Robert Bolt, perhaps presaging a screenplay.

What is more distracting is some of the spelling forms she uses – Wykys for Cromwell’s wife’s name instead of the more familiar Wickes, and Rafe instead of Ralph Sadler. An explanation of what Praemunire meant would have gone a long way (Hutchinson explains that it is the accusation of the offence of serving a foreign dignitary such as the pope, thereby committing treason). And so would some mention of the fact that Cromwell managed to redefine “treason” in English law so that it encompassed even “malicious denial” of the royal title and, in the end, brought about his own disgrace.

Cromwell’s administrative and religious reforms are only hinted at in Mantel’s book, while they are given the space and consideration they deserve in Hutchinson’s:

His real attainments, however, were in government. He reformed the royal household and machinery of administration in England, laying down the foundations for today’s departments of state. His loyalty to Henry was unquestionable: all his inventive measures, all his punitive actions were directed at safeguarding the Tudor dynasty … Cromwell was determined that his England would never be torn apart by internecine rivalry between aristocratic power bases; he thus ensured that the nobility’s loyalty was purchased by the redistribution of monastic property. The proceeds of that privatisation also spread to a new class of emerging gentry, who became stakeholders in the peace and tranquility of a prosperous England.

Cromwell may appear authoritarian, cruel and malevolent to our modern eyes, with a cynical contempt for Parliament and justice but his actions were always motivated by what he perceived to be the best interests of his royal master and his realm … No doubt Thomas Cromwell would have felt comfortable in the government of a twentieth-century totalitarian state.

Maybe, and maybe 500 years ago he could have taught Machiavelli a thing or two in terms of power grabs and political spins, but there is indeed another side to the story. Thomas Cromwell is the man who reformed the poor laws and made each parish responsible for its own beggars. (He also instituted the practice of registering baptisms, marriages and deaths in the parish records). Thomas Cromwell regularly fed between 100 and 200 people who came to his gates every night in search of charity. Thomas Cromwell took in waifs and strays, protected them, gave them an education and a way of earning a living. Thomas Cromwell was loyal to his protectors and his country, and most of his actions were in furtherance of a higher end. If, in the process, his pockets – and gloves – got nicely lined, which of us is perfect enough to cast a stone?

In a world where ideologues like Thomas More carve a straightforward path through history, and today are prized for standing on principle (More has recently been canonized as a saint by the very church he went to his death opposing), there is always room for the fixers and pragmatists like Cromwell. Indeed, a case can be made that without the fixers and pragmatists the machinery of state would grind to a halt.

Wolf Hall ends in 1535 with Cromwell at the height of his powers. Anne Boleyn is still on the throne but failing to produce a male heir. Jane Seymour is waiting in the wings at the Seymour family home, Wolf Hall. Mantel is planning to finish the story in a sequel that she is calling The Mirror and the Light. Unfortunately it will have to portray Cromwell’s downfall and eventual execution as he too falls from favour and Henry utters his famous, hollow words: “Upon light pretexts, by false accusations they made him put to death the most faithful servant he ever had.”

Susan Altschul is a lawyer and former journalist living in Montreal. Read More