As the only province in the country without a sales tax, Alberta is an anomaly in the Canadian federation. Both citizens and governments have celebrated this peculiarity as a central component of Alberta’s identity: the Alberta Advantage. Alberta’s oil wealth is certainly a significant contributing factor to its failure to implement a sales tax, but it is not the whole explanation.

Alberta has faced numerous opportunities where the adoption of a sales tax would have been a sound policy decision. A sales tax minimizes tax distortions in the economy, is preferable to the taxation of things we want more of (such as income) and, especially in Alberta’s case, is vastly superior to relying on volatile resource revenue. Nevertheless, provincial leadership has actively resisted such a policy choice and continually worked to entrench the lack of a sales tax within Alberta’s broader identity and political culture.

Alberta did adopt a sales tax back in 1936. At the time, Alberta’s finances were in poor condition. With the Great Depression and drought affecting Alberta’s primary industry, agriculture, deficits were increasing and debt was accumulating. A marginal sales tax of 2 per cent was adopted to help stem the bleeding. The tax brought in millions of dollars in additional government revenue; however, significant pushback led to its repeal a year and a half later. 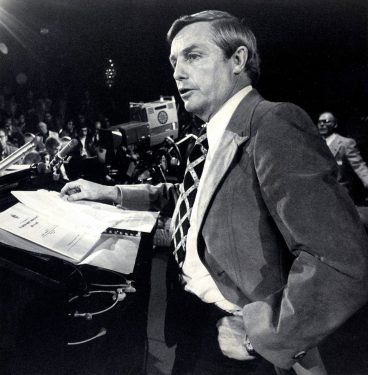 Fast forward to the early 1970s and we see the emergence of the Alberta Advantage narrative, although it would not be called that until the early 1990s. The 1973 oil shock dramatically increased the price of oil and, along with it, Alberta’s resource revenue. While Alberta’s public finances had been much healthier since the discovery of the Leduc oil field in 1947, the first oil shock dramatically altered expectations about the lucrative nature of this industry for government. Peter Lougheed’s Progressive Conservative administration responded by cutting taxes, increasing spending and – unable to spend all the windfall revenue that was pouring in – establishing a provincial savings fund (the Alberta Heritage Savings and Trust Fund) to set aside some of the excess revenue for a future date.

As Alberta Provincial Treasurer Gordon Miniely said in the legislature on February 7, 1975, “After allowing for the substantial tax reductions and new expenditure programs contained in this Budget, I estimate that $1.5 billion will be available by December 31, 1975, for transfer to an Alberta heritage trust fund for present and future Albertans.” While Lougheed is often praised for his farsightedness in establishing the fund, the government was literally in a position where it could not spend tax revenues fast enough. What is less well known is that by simultaneously cutting taxes and increasing spending and using resource revenue to plug that gap, Lougheed planted the seeds of what would later become known as the Alberta Advantage.

When oil prices dropped less than a decade later, the Heritage Fund was the provincial government’s first target. In 1983, it began withdrawing 100 per cent of the annual returns, while simultaneously reducing the government’s contribution from 30 to 15 per cent. Then, when oil prices utterly collapsed in 1986, resulting in a 20 per cent loss of revenue, the government ceased all contributions to the Heritage Fund. The Progressive Conservative government, now under Lougheed’s successor Don Getty, patted itself on the back for its foresight in establishing the Heritage Fund, misleadingly arguing that this was exactly why the fund had been created.

Under Premier Getty, the Alberta government held spending constant and had the lowest spending growth in the country. Regardless, continued deficits added to a growing level of debt. The plan to hold spending and allow the economy and revenues to recover was a prudent one and worked well until another recession hit the province in 1991, which caused the deficit to grow dramatically. This pushed the public’s appetite toward a more aggressive approach to dealing with the growing levels of debt, and Getty retired shortly thereafter.

In 1992, former journalist and Calgary Mayor Ralph Klein, a relative newcomer to the Progressive Conservative Party, succeeded Getty. The 1993 provincial campaign was fought primarily over how best to deal with the large deficit and growing debt. Surprisingly, it was not a battle over spending cuts versus tax increases, but massive spending cuts versus brutal spending cuts. Klein, campaigning largely against his predecessor’s record, defeated the Liberal Party and ushered in a program of spending cuts that soon became known as the “Klein Revolution.”

The ongoing deficits and growing debt offered the government an opportunity to alter the fiscal regime and add some revenue sources, but for reasons of both ideology and political culture (as noted, even the Liberals were unwilling to touch the revenue side) they chose to stick to the spending side of the budget. Klein then doubled down on this particular fiscal regime by rebranding it the “Alberta Advantage.”

As stated in the 1993 Alberta throne speech: “Unlike some others, my government will not try to buy prosperity through higher taxes. Instead, it will build on Alberta’s existing advantage of low taxes and its free enterprise spirit to develop the most competitive economy in North America. The government will strengthen the Alberta Advantage and sell it aggressively around the globe.” Following this ideological logic, between 1993 and 1997 the Klein government cut spending by approximately 20 per cent. With the fortuitous arrival of additional resource revenue, the government also balanced the budget earlier than anticipated.

During Klein’s tenure as premier, two opportunities arose for the Alberta government to reassess its fiscal regime: the 1994 Tax Reform Commission and the 1998 Tax Review Committee. In both cases, the reports did not recommend the introduction of a sales tax, even though all the other provinces had such a tax in operation and the federal government had recently established its own sales tax, the Goods and Services Tax (GST), which played an instrumental role in improving federal public finances during the mid- to late 1990s.

A year after the 1994 commission tabled its report, the Alberta government went so far as to introduce a bill stipulating that no provincial sales tax could be adopted without a provincewide referendum. In tabling the bill on March 6, 1995, Provincial Treasurer Jim Dinning stated, “I have often said – and I remember saying this – to a number of people across the country that if one looks very closely at the Alberta flag to your left, Mr. Speaker, if one looks very closely at the wheat sheaves and the wheat fields of that flag, if you try to look very closely and turn it on its side, it says: no provincial sales tax.” Clearly, the lack of a sales tax was increasingly entrenched within Alberta’s political identity, through the idea of the Alberta Advantage, according to which the lack of provincial sales tax is a blessing for the province.

Much more recently, in 2015, the surprise election of the Alberta NDP presented another opportunity to overhaul this fiscal regime in a context of growing provincial deficits triggered by the fall of oil prices the previous year. To address this situation, the NDP made some revenue changes, notably instituting mildly progressive income tax rates in place of the previous 10 per cent flat tax. Yet once again, like the Liberals during the 1993 provincial campaign, a left-of-centre party refused even to consider a sales tax. NDP Premier Rachel Notley only went as far as the 1998 Tax Review Committee, suggesting that the issue might warrant further discussion – “but not right now.”

Despite the persistence of provincial deficits and against the advice of many economists and policy experts, Premier Jason Kenney has not embraced the idea of a provincial sales tax since his United Conservative Party came to power in the spring of 2019. On the contrary, he drew extensively on Alberta Advantage rhetoric to justify a major cut in the provincial tax rate. Although his government’s first budget did introduce an indirect (and hidden) increase in personal income tax through the freezing of tax brackets, his approach to fiscal balance, like Ralph Klein’s more than 25 years ago, is centred on spending cuts rather than on the creation of new revenue sources, including a provincial sales tax. 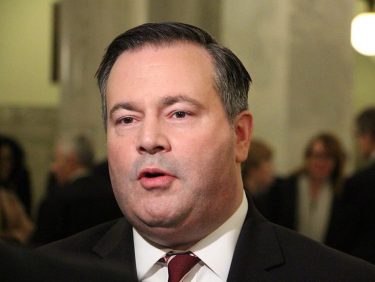 The Alberta Advantage rhetoric that Kenney clings to is problematic from a policy standpoint because it makes it even harder for the provincial government to introduce the sales tax the province badly needs to foster fiscal sustainability, balance the budget and reduce its dependence on resource revenues. To make a case for a provincial sales tax, Alberta policy experts need to argue that underutilizing the province’s fiscal capacity, which the government is doing now in the absence of a sales tax, is a long-term fiscal disadvantage that stands in the way of both revenue stability and policy sustainability.

In March 2020, an oil price war between Saudi Arabia and Russia sparked a massive drop in oil prices shortly after Alberta released its budget based on an estimated US$58 per barrel oil price – the actual price on March 30 was US$14.10. Kenney stated that “all options were on the table” to address the growing deficit. Yet when pressed about a provincial sales tax as one possible option, Kenney replied that he could not “imagine a dumber thing to do.”

To be fair, the combined economic pressure of the oil price crash and the COVID-19 crisis present real challenges for the economies of Alberta, Canada and the world. However, in the aftermath of the COVID-19 crisis, serious consideration will need to be given to alternative sources of revenue for Alberta. Moreover, as global efforts to mitigate climate change increase, demand for fossil fuels will inevitably peak. This will only increase the fiscal pressure on the province, and a sales tax will be an increasingly likely policy option for alleviating that pressure. The current crisis appears to represent the best policy window to date, and only time will tell whether Alberta is able to adopt a provincial sales tax, or whether the entrenched political culture of the Alberta Advantage will prevail once again.