Harold R. Johnson, Firewater: How Alcohol is Killing My People (and Yours).

Harold Johnson is a member of the Montreal Lake Cree Nation in northern Saskatchewan, son of a Cree mother and a Swedish father (who assimilated into Cree culture). He has lived a very full life. Before pursuing his present “job” as both fiction and nonfiction writer, he undertook many careers. In his youth, he was a logger, miner, trapper and fisher. He joined the navy; later he decided to be a lawyer and got a law degree from the University of Saskatchewan, and subsequently a master’s degree in law from Harvard. For two decades he was  a senior crown prosecutor in northern Saskatchewan. He insists on describing himself as “Indian” as opposed to other labels, and enters into the debate over the origin of the word (Columbus’s confusion as to where he landed in 1492 vs. evolution of the Spanish in Dios – with God). Currently, he lives “off grid” with his wife, near his family home. 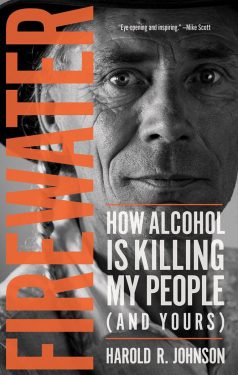 I was aware of this book, but did not read it until recently. It deserves a review in Inroads, even if four years late. Incidentally, Firewater was shortlisted in 2016 for a Governor General’s literary award.

Johnson’s thesis is straightforward: alcoholism is the key dysfunction in First Nation communities. To date, he concludes, the Canadian elite – both Native and non-Native – has avoided discussion of its seriousness. In discussing the 1996 report of the Royal Commission on Aboriginal Peoples (RCAP), he writes that alcoholism “was too blatant a subject to ignore … The commissioners argued back and forth about this study and that study and which might be correct … They said, ‘the widely held belief that most Aboriginal people consume excessive amounts of alcohol on a regular basis appears to be incorrect.’” Johnson’s response: “The Royal Commission obviously got it wrong.”        From his experience as crown prosecutor he describes many harrowing cases involving alcohol. To give a sample:

I know a young man from a community near here who had a girl friend. The two of them were having a few relationship problems and had walked away from the community … They were standing on the bridge consuming alcohol. The girl decided to punish the young man by committing suicide – she jumped in front of a semi-truck that was passing by just then. The young man was devastated and confused … The experience haunted him, and he went to talk to an aunt for advice. She told him, “Go get good and drunk and let it go.” … He drank as much as he could for as long as he could. He woke up one morning in his car. The police were knocking on the window. They were investigating a hit and run. They found the victim’s DNA under the young man’s car. Sometime during the night he had run over his cousin and killed him … At that moment, he quit drinking. Trauma, grief and drinking seem to go together in our communities.

Is this case representative? There is no definitive evidence on the prevalence of abuse of alcohol in First Nation communities and the extent of negative consequences. Johnson thinks the case studies he raises are representative; I agree with him. There is also a great deal of anecdotal evidence. Johnson refers to conversations with police, probation officers, judges and a forensic anthropologist, and personal experience with Indigenous friends, primarily those who do not drink. He cites the indirect evidence arising from coroners’ reports of proximate causes of death in northern Saskatchewan, where roughly two thirds of the population is First Nation. In the north, the leading cause of death between 1998 and 2007 was “injury” (at 23 per cent). In the province overall, “injury” was far less prevalent (at 6 per cent), and would have been lower yet (at 4 per cent) were the north excluded.

“Injury” (which includes suicide) is one of a dozen standard causes of death listed in coroners’ reports. It is, admittedly, an ambiguous residual category. One of the few comprehensive studies to make use of “injury” statistics is a study nearly two decades old, undertaken by the First Nations and Inuit branch of Health Canada.1 This study analyzed the difference in distributions of proximate causes of death between on-reserve First Nation and non-Indigenous Canadians. The study used the concept of potential years of life lost, a measure that accords a higher weight to death at early ages. The overwhelming difference between causes of death in the two populations is the dramatically higher importance of “injury” among First Nation relative to non-Indigenous Canadians. To my knowledge, no subsequent comprehensive study has been undertaken.

As evidence that non-Indigenous elites are also unwilling to address alcoholism, here is the conclusion of a (highly negative) review of Firewater in Quill & Quire, a representative organ of respectable literary opinion in Canada: “Johnson’s basic argument – that alcohol is killing so many indigenous people – is flawed from the start … He offers no supporting research, no police reports, coroner reports, or medical records, to back up his claim.”2

Johnson has pursued many careers, but statistician is not one of them. He realizes, as does the author of the Quill & Quire review, the need for better statistical evidence. He describes in some detail an unsuccessful attempt to persuade a statistically competent colleague to research evidence on the role of alcohol among First Nation people in Saskatchewan:

I wanted to find out many things. How many deaths were the direct results of alcohol? What percentage of accidents? How many cancers? How many heart attacks? How many suicides? Could he determine how much shorter a child’s life would be because the parents were drinking and not providing proper nourishment during the child’s formative years? What is the cost to society for one child with Fetal Alcohol Spectrum Disorder (FASD) during that child’s life? 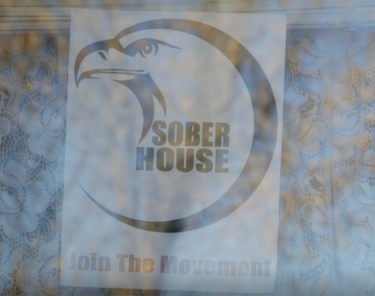 Johnson rejects various explanations that make deterministic arguments based on historical wrongs: “If we believe that the only reasons for our problems rest with colonization, we can never fix our problems, because we cannot go back and fix colonization. We cannot go back and change residential schools.” His tentative short-term solution turns around “sober houses”:

If you have a sober house, if you are one of the 35% of our people who never use alcohol, you put a Sober House sign on your door and people will know that you welcome sober people to come and join you … A safe place, a cup of tea, someone to talk to, some who understand: the experience of what a healthy life and a healthy home look like would be, for many of our relatives, something superior to any treatment centre.

“Sober houses” may be a weak reed on which to rely. Johnson has much more to say than advocacy for sober houses. He hopes that a cultural revival of Indigenous values will restore community health.

In thinking about potential policy to realize reconciliation, I have been influenced by the late Allan Blakeney, a politician much ahead of his time in his concern about the condition of the Indigenous population. Many would now dismiss as inadequate his attempt as Premier in the 1970s to create Native-run municipal governments throughout northern Saskatchewan. At the time, they were valuable innovations. Given Blakeney’s longstanding engagement, Brian Mulroney appointed him to RCAP as a commissioner. Prior to publication of the report, Blakeney resigned. Why, I asked him? I take the liberty of summarizing here his response in a personal conversation:

In my opinion, roughly a quarter of those who identify as Indian or First Nation truly want a communal lifestyle available on self-governing reserves, and that should be acknowledged and respected. Another quarter are reasonably well integrated in mainstream Canadian society. The half in the middle are migrating between reserve and town and facing many difficulties in both contexts. For two years, I travelled with other RCAP commissioners across Canada and could never generate a serious discussion about education and employment. My frustration was such that, finally, I thought it preferable to resign.

Blakeney placed more emphasis than Johnson does on formal education and employment, and the desirability of most – not all, but most – “Indians” opting to go to town. Maybe Johnson is right, and Blakeney wrong. Whatever the ultimate explanation of excess Native death by “injury,” Johnson makes a very convincing case that both Indigenous and non-Indigenous elites are ignoring a fundamental social scourge.

1 A Statistical Profile on the Health of First Nations in Canada (Ottawa: Health Canada, 2003).