Michael Ignatieff’s main challenge is to reestablish the Liberal Party as a truly national party by increasing its support in western Canada. In a highly regionalized country like Canada, a party that aspires to form a government should have a reasonable level of support in every major region of the country. Increasing Liberal support in western Canada is especially important in light of the current economic power of the region and the prospect that the west’s economic clout will continue to grow in the future.

To increase western support, the Liberals will have to change some policies and redefine what it means to be a Liberal in the 21st century. Such an undertaking is consistent with the second main imperative for Michael Ignatieff. He should not assume that the Conservatives will be tarred with problems of the current recession and hence defeat themselves. Ignatieff needs to announce new policies and define himself before his opponents paint their own picture of Ignatieff for voters, the majority of whom currently know little about the new Liberal leader.

The Liberals have to ask themselves why they fared so badly with western Canadian voters. Their leader, Stéphane Dion, was obviously a problem, but selling Dion to voters was a problem in all regions of the country. The main problem for the Liberals was the Green Shift, their proposal to impose a carbon tax and to redistribute the money collected to income tax cuts and spending on social programs. The policy would have redistributed money from Alberta and Saskatchewan to other parts of Canada, and British Columbians faced the prospect of paying two carbon taxes. For many westerners, the Green Shift rekindled the image of the Liberals as eastern-based and unaware of or uninterested in the interests of western Canadian voters.

The lack of concern about western views reflected in the Green Shift was compounded by the Liberals’ willingness to join a coalition with the NDP that required support from the Bloc Québécois to replace the Conservative government. A poll done last December 3, shortly after the coalition was announced, showed that almost 75 per cent of western Canadians opposed the coalition. The prospect of a party that placed third in the region becoming the government angered western Canadians, as did the idea of a coalition that depended on the support of the Bloc. To make matters worse, members of the new coalition announced their intention to impose tough new environmental laws, a policy with major implications for western provinces adopted without even consulting the provinces most affected.

Although Ignatieff has distanced himself from the coalition and changed his previous position on a carbon tax, he should not assume that these issues are behind him. On the contrary, he should operate from the assumption that, as the next election nears, the Conservatives will remind western voters that Ignatieff was a member of the Liberal caucus when the Green Shift and the coalition were adopted, and that he publicly supported both ideas at the time.

Hence, it is important that the new Liberal leader give a full explanation of his views on these issues well in advance of the next election. Regarding the coalition, he needs to clarify his position on issues such as uniting the left, the conditions under which he would be prepared to join a coalition with other parties and the limitations on the kind of support that he would accept from the Bloc if the Liberals were to form a minority government. 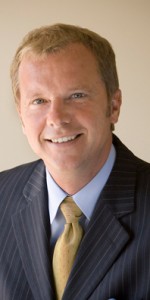 Ignatieff also needs to define a new Liberal policy on the environment and explain its implications for western provinces. The Premier of Saskatchewan, Brad Wall, has advanced an argument that Ignatieff should address. Wall’s position is that imposing tough environmental standards and taking money from companies for violating them does nothing to reduce greenhouse gas emissions. Instead, Wall argues, any money collected from companies in a province should be reinvested in new environmental technologies in that jurisdiction. Ignatieff might also find some interesting ideas about how to balance environmental policies with the need to be fair to energy-producing regions by observing what happens to President Barack Obama’s environmental legislation in the U.S. Congress. Already the Democrats’ commitment to imposing tougher environmental regulations is meeting resistance from members of their own party who are from states that produce coal or rely heavily on it for their electricity.

Federal environmental policies will have a dramatic effect on Alberta and Saskatchewan; yet the Liberals hold only one of 42 seats in these two provinces. Thus, Ignatieff has to be especially careful to spell out why his policies are fair to these provinces and why they are more than just a way of redistributing money to other parts of Canada. The most straightforward and effective way to address regional inequities in any policy that prices carbon would be to ensure that the revenue collected from a province is reinvested in the jurisdiction in new technologies that reduce greenhouse gases.

In addition to new environmental policies, the Liberals need to redefine their approach to Aboriginal peoples and the role of the federal government with respect to them in the 21st century. The majority of Aboriginal people live in western Canada. In Manitoba and Saskatchewan they represent more than 15 per cent of the population, and more than 25 per cent of children under age five at the time of the 2006 census. In the past, the Liberals have focused on self-government for on-reserve First Nation Aboriginals and have worked closely with the Assembly of First Nations. Ignatieff needs to broaden the range of Aboriginal groups to which the Liberal Party listens and support initiatives pursuing more accountability and improvements in First Nations governance practices. He also needs to work closely with provinces – like Manitoba and Saskatchewan – to improve the educational level of all Aboriginals. They will inevitably be a significant part of the future workforce of western provinces.

In the last century the Liberal vision of Canada was premised on a strong central government that created national social programs and used equalization to ensure that there was a comparable level of services across the country. Time has passed that vision by. The provinces are the primary funders of social programs; they have the jurisdiction to design and administer such programs. Furthermore, the federal government has committed itself to a formula whereby it increases transfers to the provinces until 2013–14 – 6 per cent per year for healthcare and 3 per cent for social programs and postsecondary education. Moreover, equalization has been capped and will increase in lockstep with growth in nominal GDP. Ontario can no longer afford to see its tax dollars redistributed to other provinces, some of which have better programs and a healthier fiscal position.

How, then, does Ignatieff’s commitment to introduce a universal childcare program fit into these new federal-provincial fiscal realities? If the Liberals form a government, would they introduce a new childcare program while continuing to fund the unconditional payments to parents with children under age six introduced by the Conservatives? Federal transfers to provinces now cost almost $50 billion and are projected to increase by 5 per cent per year. How would Ignatieff pay for universal childcare, a major new spending initiative costing at least $10 billion annually, in light of the current projected federal deficits and his own commitment to return to balanced budgets?

Rather than returning to an era of national social programs, the Liberals should focus on enhancing the economic union of Canada. A primary role of the federal government should be harmonized tax regimes across the country and removal of interprovincial barriers to trade and mobility. While provinces like Saskatchewan are experiencing labour shortages, federal programs like Employment Insurance discourage the unemployed in other parts of Canada from moving to where the jobs are. Frustration at the slow pace of progress in removing interprovincial barriers to trade and mobility led Alberta and British Columbia, for example, to sign a bilateral agreement to remove such barriers between them.

While Ignatieff deserves credit for improving the Liberals’ standing in the polls, he should not derive a sense of security from current poll numbers. The Liberal Party has to review and change many policies that no longer reflect current realities. Being all things to all people can be an attractive short-term strategy for a new leader, but voters often have a knack of identifying such politicians as good opposition leaders rather than effective prime ministers, especially in challenging times.

Janice MacKinnon, Professor of Public Policy and Adjunct Professor in the Department of History at the University of Saskatchewan, was Saskatchewan’s Finance Minister from 1993 to 1997. Read More