In recent years, a number of journalists have published books on Canadian politics. Some are forgettable, some quite good, but one stands out from all the others. Susan Delacourt’s Shopping for Votes: How Politicians Choose Us and We Choose Them1 goes beyond the usual journalistic staple of anecdotes, personalities and prognostications to offer an intriguing explanation of a tectonic shift that has taken place in recent decades in how both politicians and voters see the political process. What she finds is not good news, but she does help us understand why things have taken the turn they have. 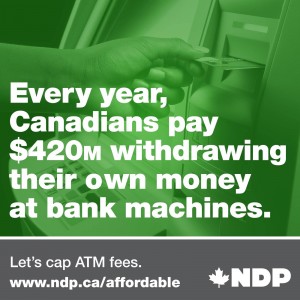 Delacourt begins where Stephen Harper, John Baird et al. love to be seen hanging out: Tim Hortons, where doughnuts, double-doubles and the famous “Tim Hortons voters” are to be found. She wants to tell us how we arrived at a place where the interface between democratic citizens and their political representatives is defined by and reduced to identification with a particular brand of fast food.

Aristotle wrote that “what effectively distinguishes the citizen proper from all others is his participation in giving judgement and in holding office.” As the Greek city-state grew into today’s nation-state, the proportion of citizens who actually hold office has necessarily become tiny indeed. At the same time, the opportunity for participation in giving judgement (defined broadly not only in relation to the law but to public policy) has shrunk, not out of necessity but out of choice. This is a great paradox of liberal democratic capitalism.

It is the proud boast of the capitalist economy that its producers have vastly expanded the range of choice for its consumers, just as it was one of the great failures of the communist model that it could not put consumer choices on its shelves. This is a triumph of production but it is crucially the triumph of marketing, the clever ways in which producers bring their goods and services to the attention of consumers and into their hands. Shopping for Votes, as its title implies, is a description of the process whereby capitalist marketing techniques have been applied to how we choose our political representatives and how we think about politics and the public realm. Ironically, the application of the economy of consumer choice to the political sphere has meant the impoverishment of the democratic political imagination.

Most of Delacourt’s book is devoted to how our political parties have fallen under the ascendancy of the ad agencies, pollsters, PR flacks and spin doctors who manage and manipulate the public images of the politicians. This is fascinating stuff for political junkies. A very good journalist, she paints vivid personal portraits of the Keith Daveys, Allan Greggs and Patrick Muttarts who have, over the past few decades, transformed politics. These are not villains; indeed, some are thoughtful observers as well as technicians. Some are even critical of what they have wrought.

But there are larger, structural forces at work. In 1971 a practitioner raised eyebrows when he incautiously blurted out the source of the electoral success of the Ontario Premier of the time: “If you can sell a can of tomatoes, you can sell Bill Davis.” Four decades later, such a claim is just a description of business as usual. Political marketing has shown time and again that it works. It works because the media of communication that politicians must employ to reach voters are at the very heart of contemporary capitalist marketing. Selling Bill Davis (or Christy Clark or whomever) is just a minor sidebar to the big commercial selling campaigns, whose sophisticated techniques set the tone and style of political marketing.

Older traditions of political debate and campaigning have fallen away because they were out of step with the times. But as McLuhan was always reminding us, “The medium is the message.” The intensification of marketing as the medium of political communication has changed what politics is about. Political participation (even at the minimal level of voting) as an act of democratic citizenship has been reduced to just one among a myriad of choices consumers make among competing goods. To use Marxist terminology – which I hasten to assure readers Delacourt does not – we are witnessing the commodification of politics.

People have always, of course, been consumers as well as citizens. But the alchemy of commodification has been hollowing out the meaning of democratic citizenship, of the primary obligation to participate according to one’s means and abilities in the public deliberations and decision-making of the community. Take the matter of taxation. “Consumers” are recognized as “taxpayers,” but in the negative sense that taxes reduce individuals’ capacity to consume as they see fit. Therefore tax cuts or targeted tax breaks become, in themselves, a main object of public policy. “Citizens” see taxes as providing the collective means to finance public benefits that cannot be met through the private sector: paying taxes is paying one’s citizenship dues, fulfilling one’s obligations to the community that provides one with the equal democratic rights of citizenship. “Consumers” see only rights, without corresponding obligations.

An afterthought or echo of innovative advertising thinking, the science of shaping political communication is not without contradictions. Political choice, it appears, lacks much of the sexiness and allure that attaches to the more attractive commercial choices on offer – as witness steadily declining turnout at elections. A shrinking pool of buyers bothering to exercise their democratic franchise is frantically fought over by highly competitive, hyperpartisan political marketers. Fortunately for the politicians and their marketers, contemporary trends in new media mean that this flight from politics, while a tragedy for democratic practice, represents new avenues for market penetration.

The fragmentation and precision targeting of the new media permits the segmentation of the potential market into smaller and smaller niches. Political marketers identify potentially friendly voter niches, target these with carefully crafted policies (Timbits or McNuggets) and then design campaigns around these consumer loyalty nodes. This is not majoritarian, but determinedly minoritarian, politics. What the majority (many of whom will not even vote) think about any issue is irrelevant; what matters is the minority that can be motivated to return the favour to the party that has provided them with the particular policy good they want.

The Harper Conservatives have pushed micromarketing further than any other party in Canada. They particularly excel at skilfully manipulating “wedge” issues that divide people from one another, reinforcing the loyalty of their carefully cultivated voting niches by deliberately rousing the opposition of those groups their own supporters dislike or fear. The same techniques are used effectively with fundraising: when opposition rears its head, whether among other parties, the judiciary or the bureaucracy, it is usually translated into a fundraising appeal targeting those supporters likely to be angered by such opposition. Successful fundraising in turn fuels the professional marketing campaigns that yield voting support.

It is not surprising that the Tories are the party that has perfected the black arts of negative advertising, or that they have enthusiastically adopted the “permanent campaign” (24/7 remorseless partisan warfare), in which public policy is strictly tied to specific electoral advantage. While this style of governing appalls democrats, it also raises questions among small-c conservatives who can discern few indications of any coherent ideological direction in this micromarketing mishmash of policies. But ideological purity, whether of the right or the left, is the old politics, in which politicians are supposed to lay out visions, encourage debate and exercise leadership in achieving goals. The new politics sees leadership as simply identifying and meeting the consumer preferences of enough potential buyers to put together an electorally effective aggregation of voter niches.

The new political marketing lacks partisan preferences. That the Harperites have exploited its possibilities more effectively than their opponents, so far, does not mean that others cannot out-compete them in the future. In fact, both the NDP and the Liberals are driving toward mastery of the same techniques that have yielded successive victories to the Tories. Early in 2014 the NDP carried out a “cross-country day of action on affordability” in which voters were mobilized around issues like “cracking down on price collusion by gas companies”, “widening access to low-interest credit cards” and “capping ATM withdrawal fees.” The appeal was exclusively to citizens as consumers.

But while not biased in a partisan sense, the new marketing techniques are hardly ideologically neutral. There are good reasons why the new marketing has arrived simultaneously with the triumph of neoliberalism throughout the capitalist world. The two trends complement and reinforce one another. By buying into the “citizen = consumer” equation, parties of the centre and left buy into the larger neoliberal paradigm. Tony Blair’s rebranded “New Labour” is a remarkable example. Historically, social democracy helped lay the groundwork for this change when it began to conceptualize its alternative vision as widening the opportunities of the working class for greater consumption rather than sharing collectively in the governance of the economy.

We are all democratic consumers now. Recovery of democratic citizenship will not be easy.