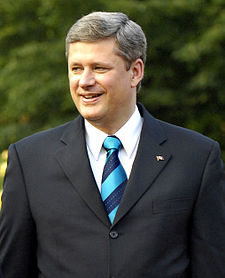 On May 1, the Harper government quietly announced that it was terminating funding for Understanding Canada, the latest iteration of the Canadian Studies program. The Canadian government’s support for international scholars of Canada, which has lasted for nearly 40 years, has been the key element in Canada’s broader public diplomacy efforts seeking to increase Canada’s “mindspace” in key foreign constituencies (academics, students, government officials, business, and social groups). The idea was that small investments would translate into a greater knowledge of Canada, promoting Canada’s brand in the world and supporting its economic and foreign policy interests.

This program supported research on – and travel to – Canada by foreign professors, researchers and graduate students, and promoted research and teaching links between international and Canadian scholars.1 According to an estimate by Patrick James, President of the International Council for Canadian Studies, the federal government’s $5 million annual investment in the program generates $200 million spending on Canadian Studies globally by roughly 7,000 Canadianists working in 290 Canadian Studies programs researching and offering courses on Canada in 50 countries.2

The announcement took the form of a message that appeared on the program website:

In the current fiscal context, the decision was made to focus our programming on the department’s core mandate first. As a result, we are phasing out the international Canadian studies program, and will be reducing the funding and geographic scope of the International Scholarships Program.

Given the success of the program, the economic benefits and the government’s desire to strengthen Canada’s brand in the world, the question is: Why? How has the “core mandate” changed?

Why eliminate the program?

On its election in 2006, the Harper government began cutting support for public diplomacy. In 2008, the Canadian Studies program was renamed “Understanding Canada,” and its mandate was changed. It would now require applicants to situate their work within public policy priority areas defined by the Canadian government. In the Winter/Spring 2008 issue of Inroads I criticized this orientation, writing,

The Harper government may one day realize that it is being “penny wise, pound foolish” in cutting public diplomacy and reorienting the Canadian Studies program … The government’s determination to extract value for money or otherwise cut public diplomacy programs will only hurt the effort to promote Canada abroad, and raises the possibility that some scholars will stop studying Canada altogether.3

So why was the program eliminated? As Paul Martin, former director of Canadian Studies at the University of Vermont, notes, the government must be aware of a study that revealed that Understanding Canada generated significant net economic benefits for Canada, adding $70 million annually to the Canadian economy through spending on research trips to Canada, books, films and music. One would have thought that the net economic benefit to Canada generated by the program reflects – as a Department of Foreign Affairs and International Trade (DFAIT) representative’s recent statement put it – that “the government of Canada is conscientious is its use of taxpayers’ money and makes every effort to ensure that resources devoted to Canadian diplomatic activities are optimized.”4

International Canadian Studies also supports broader efforts to brand Canada in the world. Through nation branding, foreign audiences become aware of a country. In a period of an overwhelming number of opportunities and brands, this awareness can increase foreign direct investment, attract skilled labour and enhance a country’s foreign policy influence.

Surely the study of Canada and ultimately spreading knowledge of Canada supports Canada’s Global Commerce Strategy and its branding efforts in areas like energy (a core component of the Conservative economic agenda), tourism (getting more people to Canada) and even food (getting more people to identify food as Canadian in support of the agri-food industry, which faces tough competition from highly productive countries).

Earlier this year, Foreign Affairs Minister John Baird was complaining that much of the world did not know of Canada’s vast energy resources and its ability to meet much of the world’s increased energy demand: “So when I meet with my counterparts around the world, I consistently build up Canada’s reputation as a resource superpower. Jaws drop when I tell people we have the third-largest proven oil reserves in the world; many don’t know this.”6 If it is important that our trading partners know more about Canada, it does not seem logical to stop support for the teaching and research of Canada abroad. Why terminate a successful program that produces net benefits for Canada and helps the government achieve its policy goals? The answer, I suggest, lies in the Harper government’s narrow vision of foreign policy.

Cuts in investments in diplomacy (including public diplomacy) signal Canada’s retreat from diplomacy as a means of international engagement. Having announced its intention to sell some ambassadorial residences and to change the terms of foreign service appointments to meet an imposed $170 million cut in DFAIT’s operating budget, the government appears to have little time for the niceties of diplomacy and the cocktail circuit.

Instead, the Harper government has adopted a more muscular tone in the rhetoric, if not always the execution, of Canadian foreign policy and has sought to reshape the Canadian identity to emphasize the country’s military accomplishments, both past and present. The Harper government wants Canada to be seen as a model country that punches above its weight. In contrast, the Conservatives argue, the Liberals talked a good game but often achieved little.

This is audible in Prime Minister Harper’s rhetoric. For example, in supporting the Afghanistan mission in 2006, Harper made the point that “we are taking real casualties,” spoke of losses as “the price of leadership” and said that “cutting and running” is not “the Canadian way.” More recently, in addressing Canadian troops in 2011, he said, “The Gadhafis of this world pay no attention to the force of argument … The only thing they get is the argument of force itself. And that you have delivered in a cause that is good and right.”7

More broadly, this approach to foreign policy fits into the Harper government’s wider political strategy to replace the Liberals as “Canada’s natural governing party.” It appears to have embarked on a mission to reshape the Canadian identity away from values and narratives typically associated with the Liberals (Canada as a peacekeeping country, a redistributive country, a socially progressive country, a middle power that talks a lot) to those associated with the Conservative Party (law and order, a military country, a free enterprise country, a country of action that punches above its weight). Indeed, according to Ian McKay and Jamie Swift, Canada under Stephen Harper has become a “warrior nation.”8

This helps us understand the Harper government’s adoption of a new Canadian citizenship guide that highlights military history and achievements, and its renewed emphasis on symbols of the monarchy. Money is clearly not the key factor, as $50 million was found to celebrate the 200th anniversary of the War of 1812, along with another $800,000 for a Parliament Hill ceremony to celebrate victory in Libya – a celebration planned before the end of hostilities. Clearly, this type of spending helps convey the government’s message to Canadians, whereas spending on international Canadian Studies seemingly does not.

A program with many benefits

Why does this matter? After all, there is a critique of the Canadian Studies program, expressed by Joan Sangster in 2007, to the effect that Canadian scholars who are funded by the program take the occasional “Canadian Studies international junket” to interesting places and then show little interest in Canadian Studies when they return.9 Indeed, in closing the program, the government cited an internal audit that “found the program to be ‘bureaucratic’ and ‘burdensome’ with dubious results, there was limited evidence the program was meeting its objectives or had any verifiable impact … Giving generally small grants to scholars abroad is simply no longer affordable.”10

This critique is not convincing. First of all, the economic spinoffs of the program have already been cited. Second, in the global competition for investment and skilled labour, other countries have been increasing their public diplomacy efforts and, as noted, the government complains that the world does not know enough about Canada, including basic economic strengths. Third, much of the government’s economic agenda is centred on increased international trade away from the United States – which is not only our biggest trading partner but also the country that knows Canada best. This makes increased knowledge of Canada more important than ever but, ironically, the Conservatives have targeted a program that can help them achieve their goals.

Moreover, eliminating the program will have a detrimental impact on the global study of Canada. While there is broad interest abroad, this interest is spread unevenly, and is often vulnerable to budget cuts as a result of changing priorities in the host countries. Without the support of the Canadian government, universities are likely to find it more difficult to offer courses on Canada, and it will be harder to get students interested in studying Canada. Many scholars could be expected to turn their attention elsewhere, to countries more in the news where their scholarship is likely to be better rewarded.

Moreover, international networking, allowing scholars to connect abroad and in Canada, not only increases Canada’s presence in the global mindscape but also produces its own direct economic benefits to Canada. The presence of Canadian scholars, often in conjunction with Canadian embassies, business people, students and expatriates, provides visible and tangible expressions of Canada to foreign audiences.

This is central not only to promoting knowledge of Canada, but also to overcoming misperceptions of Canada and Canadians. As former Liberal Industry Minister John Manley once said, “People like us, they find us nice, peaceful, fun-loving people who produce beer and hockey players.”11 The academic study of Canada can help debunk these stereotypes and promote stronger ties among key decision makers, opinion makers and mobile professionals, key actors central to modern diplomacy.12

It is likely that savvy opposition parties will seize on the idea and goals of international Canadian Studies and, when in a position to do so, will restore the program. However, in the interim much goodwill will have been lost and Canada’s global image will have been tarnished. The Conservatives want the world to see Canada as a model country punching above its weight. But if they keep reducing our ability to conduct public diplomacy, who will notice?

1 Full disclosure: I have been an indirect recipient of funding from this program, when invited to participate in international colloquia. I also served on International Council for Canadian Studies committees evaluating funding proposals submitted to the program.

8 Ian McKay and Jamie Swift, Warrior Nation: Rebranding Canada in an Age of Anxiety (Toronto: Between the Lines, 2012).

12 This theme is central to much of the work of Evan Potter, including Branding Canada: Projecting Canada’s Soft Power through Public Diplomacy (Montreal: McGill-Queen’s University Press, 2009).

Richard Nimijean teaches in the School of Canadian Studies at Carleton University in Ottawa, where his research focuses on the politics of branding Canada. Read More