In the 19th century, Karl Marx wrote that “the tradition of all the dead generations weighs like a nightmare on the brains of the living.” In the 21st century, history (“the dead generations”) reappears in new forms. Groups defining themselves by specific identities reread and rewrite history for evidence of historical injustice.

What looks like interest in the past is actually ahistorical. We look to history as an armoury to find weapons to wield in current political struggles. Of course, the present has always employed the past in this way. Memory of war has always been used to inspire present-day nationalism. Today, culture wars rage in the United States over Confederate symbols and the American legacy of slavery and racism. In my town of Victoria, a firestorm of controversy was set off by the decision to warehouse a statue of Sir John A. Macdonald that had stood in front of City Hall, on grounds of his role in the official oppression of Indigenous people. Debates on these issues are typically rancorous and emotionally charged, on both sides. 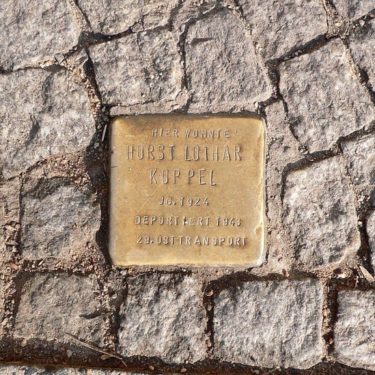 To get a better perspective on the interaction of past and present in extremis, I visited perhaps the worst-case scenario. Berlin is a city where a very dark history threatens constantly to overwhelm the present. In Berlin – capital of the Nazi regime from whence the orders came unleashing a global war that killed at least 60 million people, 45 million of them civilians, and from whence the horrific mechanized genocide of the Holocaust was directed – the past indeed weighs like a nightmare on the present. The city was never the centre of German fascism: instead, it was known as “Red Berlin” for its citizens’ Communist and Social Democratic sympathies. Nevertheless, Berlin was to be the site for Hitler’s grandiose dreams of a monumental capital that would celebrate in concrete and steel the Übermenschen of the Third Reich.

In 1945, Berlin was Ground Zero: after years of relentless Allied bombing, the savage Battle of Berlin left almost no building standing. The German past as memorialized in its buildings and monuments from earlier eras had been all but eradicated. Berlin’s past would have to be reconstructed at the same time as its future was imagined. What would be remembered and what would be forgotten?

In the first years after the war, amnesia and denial were everywhere, from the “good Germans” who swore they knew nothing of the genocidal crimes of the regime, even those who lived next door to the death camps, to the former Nazis who resumed positions in state and society while neither admitting to nor apologizing for their previous conduct.

A further complicating factor was the postwar east-west division of Germany into the Communist-bloc DDR and the NATO-bloc Federal Republic, given brutal physical form in the wall that divided Berlin from 1961 to 1989. Until the fall of the Berlin Wall and the DDR regime, the Nazi past was seen through two different rear-view mirrors, each with particular Cold War distortions: DDR propaganda depicted West Germany as a haven for ex-Nazi war criminals while the West depicted the Communist police state as the linear successor to Nazi totalitarianism. Fighting the Cold War on German soil was not conducive to recovering a clear and honest picture of the pre–Cold War German past.

In the 1960s, a tectonic shift began deep within German society, precipitated by a generational conflict as young Germans began to question their parents’ role in the Nazi era and demand an accounting for the responsibility of Germany for its war crimes and especially for the Holocaust. This transformation was not easy and has never been complete. But the overall result has been remarkable: an admirable honesty about its national history distinguishes Germany. Nothing like this coming to terms with past misconduct can be seen in Japan, where accounting for the atrocities of the Japanese war of aggression in China (such as the infamous “Rape of Nanjing”) or apologies and compensation to the Korean “comfort women” who were made sex slaves for the Japanese army have generated significant nationalist backlash.

In Germany, Holocaust denial is a criminal offence, and only on the far fringes of the extreme right can one encounter any refusal to face German responsibility for organized mass murder and genocide. This is not an admission of collective blame that passes down from generation to generation – itself a racist conception of blood guilt – but rather a recognition that for today’s Germans, mostly born long after Hitler’s rule, honest memory of past horrors is the best antidote to ever again repeating that dark history.

A prime example of how memory can be made to serve the present is a large block in central Berlin south of Prinz-Albrecht-Strasse. The Nazis used the block to house the headquarters of the Gestapo, the SS and the SD (the SS security service). This was in effect the directing centre of the entire Nazi police state apparatus. After 1945, with the structures reduced to rubble, one option was simply to raze and build anew, covering over the block’s hideous past: to forget rather than to remember. Several abortive proposals along such lines came forward, but none were accepted. 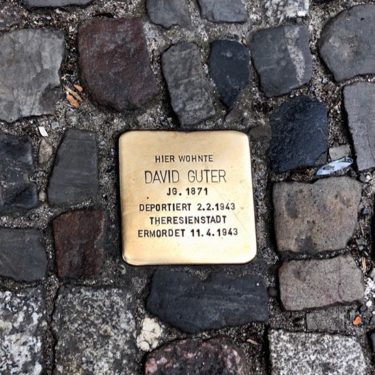 Then, in the late 1980s, a temporary exhibit called The Topography of Terror was opened in one part of the empty block, documenting the rise and fall of the police state in the 1930s and 1940s. Visitors flocked to the exhibit, which is now a permanent memorial. Here one can see the crimes of the Nazi terror apparatus documented, with high information content relying not on multimedia glitz but on text and stark black-and-white photographs. Instead of telling visitors what to think, The Topography of Terror encourages them to think for themselves about what they see. Memory and history are recovered from the ruins, but the razed grounds remain as a reminder of the temptation to forget.

The long-debated project of a national Holocaust memorial finally came to fruition in 2005 with the opening of the Memorial to the Murdered Jews of Europe, designed by the American architect Peter Eisenman. A “controversial” design with no explanatory text, it is an installation of blank pillars of varying heights in undulating rows on a grid across a large expanse of Berlin cityscape. Visitors wander through the rows, sometimes dwarfed and lost to sight, at other times visible to the nearby city streets.

Some critics decry its anonymity, suggesting its message is inexplicable. But the Holocaust was itself inexplicable. As for the anonymity, the Jews were murdered not for who they were but for what they were; the Memorial brings home the terrifying impersonality of their extermination. Besides, underneath the memorial is another presentation in which the victims are given their names and personhood back. Jewish families from across Europe are shown in family photos, with information on their occupations, their homes, their marriages and children, and then the precise date and place they were murdered. Above and below ground taken together, I found the Memorial deeply moving. This despite the trivialization by tourists posing amid the pillars for selfies and the junk stands popping up around the perimeter. One can memorialize the past but never account for how the present will deal with it.

An even more remarkable example of teaching the present about the past are the Stolpersteine or “stumbling stones,” small plaques installed in sidewalks in front of buildings that once housed those who fell victim to the Third Reich’s extermination machine. The plaques carry the names of the former residents, their birth dates and the dates they were deported to their deaths. Thousands now appear all over Berlin. This is not an official memorial project. It began as a guerrilla installation in 1996 by one man, artist Gunter Demnig, but has now become institutionalized. Neighbourhoods take the initiative and new Stolpersteine are installed after approval of authenticated names. In Berlin one now walks daily over these haunting memories literally embedded in the material of everyday life.

It is necessary to remind ourselves just how unusual, even unique, this German memorialization of their national crimes is. Try to imagine a National Mall in Washington, D.C., that, instead of its celebratory monuments to Washington, Jefferson, Lincoln and Roosevelt, featured a searing memorial to the enslavement, segregation and lynching of African Americans, or the cultural genocide campaigns against America’s Indigenous peoples.

Yet however admirable the displays of German historical honesty may be, they have not been accomplished without strains, and some of these are growing more prominent. On the right-wing fringes of German politics, the Alternativ für Deutschland (AfD) party, rooted in the economically neglected regions of the former East Germany, has been steadily rising. The AfD has stressed insistently that Germans once again should be proud, not ashamed, of their history. In one sense this is understandable: no country can carry on forever on the basis of a national narrative of guilt and shame. But what the political mainstream has insisted on is that frank recognition of the wrongs of the German past are a significant part of what Germans can be proud of today and in the future. To the AfD, national pride can only be restored on the basis of historical amnesia. A growing minority of Germans apparently agree with this diagnosis, pointing to a coming kulturkampf (culture war) that will be neither pretty nor instructive.

There is another development, this time arising in the political mainstream, that calls into question the role of history from another direction. In May 2019 the German Bundestag overwhelmingly passed a (nonbinding) resolution that the German government “resist” the Boycott, Divestment, Sanctions (BDS) movement, which it defined as not just anti-Israeli but also anti-Semitic. The resolution threatens to criminalize support for BDS as hate speech. Israel has made a global assault on the BDS movement a centrepiece of its diplomacy abroad, meeting with some success in North America. The German resolution went further than any other response in Europe.

Clearly, German guilt over the Holocaust was very much in play. As a statement from Social Democrats and Greens put it, “In view of Germany’s historical responsibility, it is of great value that a large majority of the German Bundestag, across faction boundaries, has repeatedly committed itself to the security and the protection of Israel as well as to the fight against anti-Semitism.”

The following month the director of the Jewish Museum in Berlin and a distinguished scholar of Jewish history, Peter Schäfer, resigned or was fired from his post, after adding his name to a petition signed by 240 Jewish intellectuals opposing the Bundestag resolution. The petition argued that “boycotts are a legitimate and nonviolent tool of resistance” and urged the continued funding of Israeli and Palestinian organizations “that peacefully challenge the Israeli occupation, expose severe violations of international law and … defend the principles and values at the heart of liberal democracy and rule of law, in Germany and elsewhere.”

Israeli ambassador Yakov Hadas-Handelsman, who earlier had vociferously attacked the Jewish Museum for an exhibition on Jerusalem that showed a city peopled with Palestinians as well as Jews, doubled down on the “any criticism of Israel equals anti-Semitism” trope and demanded that the German government officially enforce the Bundestag resolution.

There is seemingly no end to the ways in which the ghosts of the past can be conjured up for the political battles of the present, and no end to the potential perversions of historical lessons that can result.