The global pandemic of 2020–21 has been like an X-ray that exposed the strengths and weaknesses in the social systems, political cultures and leadership of every country. Nowhere have those revelations proven more ambiguous than in Japan. With more than three times Canada’s population, Japan has had fewer than half the total number of COVID-19 cases and only slightly over one third the number of deaths. However, the public clearly feels that Japan’s relative success has come about more in spite of than because of its leaders.

Japan was not the only country accused of foot-dragging and misplaced priorities in response to the pandemic, but it was, arguably, the only country to get away with it. The Diamond Princess cruise ship, where there were more than 700 cases and 13 deaths among passengers, was stranded in Yokohama harbour from early February 2020.1 And yet Prime Minister Shinzo Abe waited until April 7 to declare a state of emergency, and then in only seven of Japan’s 47 prefectures, despite having had the legal authority for almost a month.

He extended the emergency to the whole country on April 16, but using largely noncompulsory measures recommended by the Japanese Business Federation (Keidanren). After infection rates levelled off, the government lifted the state of emergency on May 25, a week earlier than planned. “We did not enforce restrictions with punitive measures, but we have been able to bring the outbreak under control in just a month and a half,” Abe pointed out with satisfaction, noting that the number of patients in hospitals had decreased to below 2,000 nationally. “The Japanese model has demonstrated its strength.”2

In the following year, however, Japan experienced two more waves of infection, straining hospital capacity in several cities and prompting a second state of emergency for Tokyo and the neighboring Saitama, Chiba and Kanagawa prefectures that extended until March 21, 2021. Noting the rise in coronavirus variants and the slowness of Japan’s vaccination rollout, observers argued that the nation’s current countermeasures would not be enough to prevent a fourth wave of infections stretching into the summer of 2021. The greatest threat to Japan’s “Recovery” Olympics, rescheduled from the summer of 2020, may stem from the government’s downplaying of the risks posed by the virus.3

The reasons for Japan’s comparatively low COVID-19 case count are varied. Handshaking and hugging and kissing in public are rare, and mask wearing is common (public mask wearing has been widely practised since the Spanish flu epidemic killed at least half a million Japanese in 1918). There is also speculation that Japan’s mandatory BCG tuberculosis vaccine might have helped, as it has been effective in protecting against other contagions, including respiratory diseases (in Canada and the United States the BCG vaccine is recommended for use only in TB-vulnerable communities, and it is now voluntary in most European countries). But the “Japanese model” touted by Abe is not for export: Japan is uniquely blessed with a culture, geography and history that gave its government the luxury of choosing either to be New Zealand on a giant scale (the option preferred by the majority of its citizens) or to play chicken with the virus (the path preferred by the nation’s political and economic elites and the one ultimately chosen).

As a result, Japan tumbled from a close second to New Zealand in Bloomberg’s COVID Resilience Ranking (which scores 53 major economies of more than $200 billion according to 10 key metrics of success in “containing the virus with the least amount of social and economic disruption”) at the end of 2020 to ninth place just two months later.4 The country seems fated to fall even further given its dependence on foreign supplies of vaccine and its overstretched health system. In the last Mainichi Shimbun poll conducted before Abe’s resignation in August 2020, 32 per cent of those surveyed indicated that they still supported Abe’s government (down from 50 per cent in March, 40 per cent in June and 35.1 per cent in July), but only 17 per cent gave his government’s response to the coronavirus a positive evaluation.5

Abe’s successor as leader of the Liberal Democratic Party (LDP) and PM, Yoshihide Suga, after a brief honeymoon, experienced a similar fall in support following a wave of new infections in early 2021, and for essentially the same reason. Like his predecessor, he attempted to place economic recovery ahead of preventing virus spread – downplaying risks to salvage Tokyo’s estimated $28 billion investment in the Summer Olympics and vacillating over the suspension of the “Go To Travel” campaign, devised to promote regional tourism.6 Suga will need a successful Olympic Games, an improved COVID situation and a revived economy if he is to retain his position after the LDP’s leadership election in September and lead the LDP into the general election scheduled for the following month.

An end to political stability?

If Suga fails to survive 2021, his departure would likely signal a return to the “revolving door” politics that prevailed before Abe’s second term in 2012, when Japan went through six prime ministers in as many years. That would end what many see as Abe’s greatest achievement: political stability. His record-setting tenure was notable for modest economic growth despite huge downward pressures caused by the oldest population and highest debt-to-GDP ratio of any major country (a success claimed for his “Abenomics” strategy), in addition to his role in maintaining the liberal international order in the wake of Donald Trump’s election and America’s withdrawal from the Trans-Pacific Partnership in January 2017.

These domestic and foreign policy innovations were deeply connected: it was Abe’s ability to finally overcome the veto power of the agricultural lobby and to contain the LDP’s interministerial factionalism that enabled him to respond swiftly to fill the void created by Trump, leading to the formation of the Comprehensive and Progressive Agreement for Trans-Pacific Partnership in March 2018, along with several other free trade initiatives. Abe nimbly managed bilateral relations with China (support for its Belt and Road Initiative in exchange for greater openness and transparency conditions, for example), while inventing a formal security arrangement with India, Australia and the United States, striking a balance between Beijing, Japan’s biggest trading partner, and its major security ally, Washington.

Abe’s electoral dominance was due less to deep-seated support than to circumstance (the public’s disillusionment with opposition parties, which had mishandled the Fukushima disaster and failed to spark the economy) and electoral management (ensuring lower election turnout, which traditionally favours LDP candidates, and the LDP’s coordination with coalition partner Komeito, a Buddhist party that supports its own candidates in the proportional party list but instructs its eight million members to vote for LDP candidates in district elections, providing the winning margin in enough seats to largely explain the LDP’s stability during Abe’s tenure). Notwithstanding the government’s COVID response and the decision to push ahead with the Olympics, both opposed by a majority, at least 40 per cent of voters say they intend to vote for the LDP in the next election.7

It is doubtful that this formula for managing the expectations of a cynical public while tending to key political constituencies can come to grips with the long-run issues of demographic crisis, environmental sustainability and relative economic decline. As Takeda Pharmaceuticals CEO Yasuchika Hasegawa observed in 2011 while commenting upon Japan’s recovery from the Great Eastern Japan Earthquake, “Despite our long record of withstanding sudden external shocks, we are less successful in combating gradual, long-term challenges, especially when those challenges are homegrown.”8

Baby boomers still in awe of Japan’s past miracles, schooled about the collective rationality touted in books such as Ezra Vogel’s Japan as Number One: Lessons for America (1979), may admire Japan as the one major industrial country where populist backlashes have not erupted in recent years. They like to imagine a farsighted elite harnessing the public-spiritedness and resourcefulness of the Japanese people to reverse a growing debt and declining population without resorting to mass immigration or other disruptive social changes. But the IMF forecasts that Japan will have the world’s 11th largest economy by the middle of this century; Goldman Sachs predicts that it will only rank 15th, a country that punches at its demographic weight but no more. Is that all Japan has to look forward to?

Gender inequality and the promise of ‘Womenomics’

The answer to that question may lie in an aspect of Japan’s uniqueness: the untapped potential of its female population. A G-7 country that ranked 19th among all nations in the 2020 United Nations Human Development Index, it has slid to a shocking 121st of 153 countries in the World Economic Forum’s Global Gender Gap Report, a drop of 40 places since 2006. That ranking is a composite of four subindices: a somewhat respectable 40th in health, a worrying 91st in educational attainment, a dismal 115th in economic opportunity and an abysmal 144th – by far the worst of any advanced industrial country – in political empowerment. No other country in the top 20 of the UNHD index is also in the bottom 50 of the WEF index of gender equality.

This is largely attributable to Japan’s lifetime employment system, still based on a single male breadwinner despite the growing need for two-income households, and to the inherent limitations of what Ayako Kano has called “state feminism” (state sponsorship and co-option of gender issues), particularly under the aegis of the LDP and Shinzo Abe.9 Are recent initiatives around child care, parental leave, work hours and tax policy, in addition to a number of ambitious but completely voluntary targets, promotional and educational activities – collectively referred to with considerable fanfare as “Womenomics” – sufficient to address the country’s demographic and economic challenges?10 Early returns looked promising (3.3 million women joined the workforce between 2012 and 2019), but the policies’ limitations were cruelly exposed by the coronavirus: of the record 970,000 people laid off in April 2020, 710,000 were women, making them the “shock absorbers” of the Japanese economy.

The only feasible policy alternative to “Womenomics” is mass immigration.11 In 2009 the United Nations estimated that Japan would need 650,000 immigrants per year to stabilize its population. The actual net number of immigrants in 2019 was 165,000. The majority of Japanese are not opposed to gradually increasing immigration to meet labour shortages, but there is official opposition to creating a large permanent immigrant community. So immigration is unlikely to do the job.

Nor will Japan succeed in reaching its official goal of raising the fertility rate from less than 1.4 to 1.8 by 2025. To do so it would have to double the rate of increase France achieved with its social policies between 1993 and 2003, but Japanese supports are less wide-ranging than those of France. The Abe government did invest nearly ¥2 trillion ($20 billion USD) in early childhood education and daycare and did legislate generous paternity leave, but this is not enough to simultaneously maximize women’s productive potential (estimated to be worth an additional 13 per cent of GDP if women participated in the workforce on equal basis with men) and dramatically increase the number of births.

In the face of entrenched gender inequality, it would be a mistake to believe that the “critical tailwinds” of social investment and generational cultural change will blow Japan across the finish line.12 Believing that would miss the historical lesson that what fashioned “Japan Inc.” in the first place was determined political leadership. Today that requires tackling the rigidities of Japan’s employment system and the extreme underrepresentation of women in national politics, and directly and forcefully confronting cultural inhibitions against sexual equality. By choosing not to offend any of its key political, religious or business constituencies as it confronts the post-Abe era, the LDP may have maintained its short-term grip on power at the risk of jeopardizing Japan’s best chance for another miracle.

11 More speculatively, robotics is sometimes pointed to as a possible salvation. Some Japanese optimists even see Japan’s aging and shrinking workforce as a blessing in disguise, since Japan’s tight labour market may be spared the technological unemployment and social unrest (including backlash against immigration) that is the fate of many other countries. 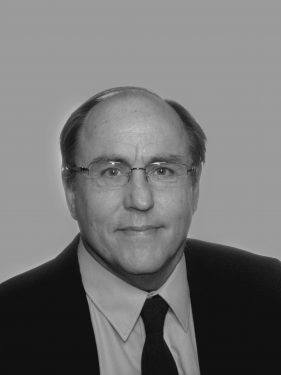 Mark Crawford is Associate Professor of Political Science at Athabasca University in Alberta. He specializes in Canadian and comparative politics and spent his most recent research sabbatical in 2020 in Okayama, Japan. Read More