Conrad Black, Rise to Greatness: The History of Canada from the Vikings to the Present.
Toronto: McClelland and Stewart, 2014. 1,106 pages.

Black is a Canadian phenomenon. Media mogul, confidant of prime ministers (two of whom share in the dedication of this book), biographer of American presidents, sometime resident of an American prison (albeit on questionable charges), member of the British House of Lords and frequent commentator on Canadian issues, he is a bête noire to many people. However, even his detractors have to concede that he is more interesting than most businessmen, and certainly far more than any of his predecessors as the prototypical Canadian celebrity entrepreneur: Hugh Allan, Herbert Holt and E.P. Taylor.

Less well known than other aspects of his curriculum vitae, at least to people who don’t frequent bookstores, is that Black is a distinguished historian. His first effort, a biography of Maurice Duplessis based in part on his master’s thesis, appeared in 1977 and was reviewed by the present reviewer in the now-defunct Canadian Forum. Despite certain flaws, which I noted at the time, it has stood the test of time and is still the best and fairest treatment of its subject. Since then he has produced a history of the United States, massive biographies of Franklin D. Roosevelt and Richard M. Nixon, and now the present volume. In total, these five books encompass well over 4,000 pages. Many academics, who complain about “publish or perish” but who manage to avoid doing either while spending only nine or ten weekly hours in the classroom during an academic year of less than eight months, could be put to shame by this performance.

There have not been that many one-volume surveys of Canadian history. The two that dominated the field for many years were Arthur Lower’s Colony to Nation and Donald Creighton’s Dominion of the North, both first published more than 70 years ago and long out of print. More recently, Robert Bothwell’s Penguin History of Canada (2006) has been the most prominent example. Black’s book is twice as long as any of the above and is a worthy successor to all of them.

Apart from a brief introduction, which provides an unsentimental overview of the indigenous peoples in their original state, and a brief conclusion, Rise to Greatness is divided into three main parts. The first, entitled “Colony,” covers the years from 1603 to 1867, the second and longest part, called “Dominion,” carries the story to 1949, and the third part, “Realm,” brings it up to the present. The rationale for the division between parts two and three is not made explicit, but is probably based on Newfoundland’s entry into Canada and Canada’s entry into NATO, which occurred almost simultaneously in the spring of 1949. The third significant event of 1949, the abolition of Canadian appeals to the Judicial Committee of the Privy Council, is not even mentioned in the book.

This is very much a political history, and readers who expect to find much cultural or social history, the fields that seem to be preferred by most present-day historians, will be disappointed. (This comment is not intended as a criticism, but merely as a warning to readers who might expect a different kind of book.) Stephen Leacock appears only once, as a professor and not as a humorist. Tom Thomson and the Group of Seven are not mentioned at all, nor are Robertson Davies, Hugh MacLennan, A.M. Klein or Mordecai Richler. There is nothing about sports, apart from the odd revelation that Mackenzie King despised basketball. The only mention of organized labour is one reference to the Winnipeg General Strike. The social consequences of industrialization, the cultural impact of television and later of computers, the transformation of cities into “census metropolitan areas” dominated by their suburbs, the emancipation of women and the growing prominence and political influence of gays and lesbians are likewise ignored, as they perhaps had to be if the book were not to become too large to fit within a single volume. 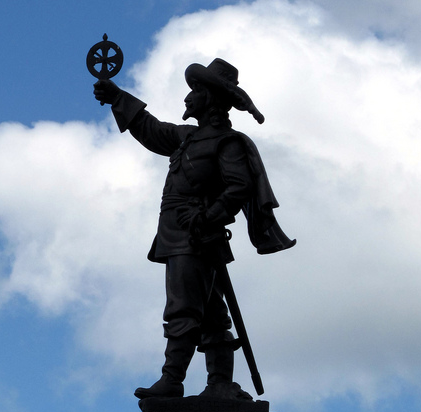 Part one of Rise to Greatness is in some respects the most interesting, and covers ground that is least likely to be familiar to most readers. Black places Canada’s origins in the context of the rivalry between Britain, France and other European powers, later joined by the United States. His grasp of this complicated story is effective and his writing engages the reader’s interest. Important figures like Champlain, Talon, Frontenac, Carleton and Durham come to life in these pages and are treated with the respect they deserve. Due importance is given to the achievement of responsible government. (However, the most egregious error in the whole book occurs in this section when Black asserts that the Saskatchewan River “flowed west from Lake Winnipeg.” As every Canadian should know, it flows east into Lake Winnipeg from its source in the Rocky Mountains of Alberta.)

Part two is dominated by the personalities of prime ministers, especially the big three of Macdonald, Laurier and King. Black seems to regard Macdonald (rightly in my opinion) as the greatest of the three, but concedes that the other two also had claims to greatness. Black’s touch is less sure when he deals with certain issues: the second and third transcontinental railways, and Catholic education in Alberta and Saskatchewan. He is probably wrong to assert that Reciprocity would not have affected Imperial Preference and he does not seem to have read the Statute of Westminster very carefully, if at all. In fact constitutional issues, such as the judicial interpretations of the British North America Act, are largely ignored. Watson and Haldane, the two law lords whose opinions from the 1890s through the 1920s significantly broadened the scope of provincial jurisdiction, are not even mentioned.

On the other hand, one subject with which Black seems excessively preoccupied is the Second World War, which accounts for 96 pages of text, or almost one tenth of the book. (Bothwell, although a specialist in foreign policy, covered the war in 16 pages, and Black himself manages to cover the First World War in 20.) There is far more in Rise to Greatness about Churchill, Roosevelt, Stalin, Hitler and Mussolini, not to mention Ribbentrop, Ciano and Molotov, than is appropriate in a survey of Canadian history, even though Black’s judgements about the principal actors are generally shrewd and accurate.

In part three my interest began to flag, in part because (like the author) I remember most of the events and have read too much about them already. (I did learn the meaning of the word callipygian, which appears on page 882, but only after I looked it up on Google.) Younger readers who did not live through the era of Diefenbaker, Pearson and Pierre Trudeau will find much enlightenment in these pages. Hopefully, however, they will not really believe that Jack Pickersgill at the age of 52 looked “like a young Hermann Göring,” especially considering that the real Göring died at 53. Saint-Laurent, Pearson and Mulroney are given good marks (rightly in my opinion) as prime ministers.

Black devotes much of part three to relations between Quebec and the federal government, and gives Pierre Trudeau perhaps more credit than he deserves for preventing the secession of Quebec. He has little to say about the western alienation, particularly directed at the Liberals, that was so significant in the second half of the 20th century. There are also a few errors of fact that should have been avoided. David Lewis was not the leader of the NDP in 1966, the revolt against the Official Languages Act in Robert Stanfield’s caucus was in 1969, not 1972, the Liberals won only two seats west of Ontario in 1980, not two seats west of Manitoba, and the Meech Lake Accord would not have given the provinces a veto over all kinds of constitutional amendments.

In the brief conclusion, Black sums up his evaluation of the various prime ministers and notes some recent trends, such as the declining influence of Quebec and the virtual disappearance of Canada’s traditional inferiority complex vis-a-vis the United States. He recommends “a return to great visions and projects” and a revival of “the creative tradition of public-private sector cooperation” which dates from the French regime but has been allowed to lapse recently. (Both suggestions might be seen as subtle criticisms of Stephen Harper.)

This is a useful and well-written book that should be in every Canadian public or university library, and in many private libraries as well. Perhaps Black will be remembered as a historian long after other aspects of his career have faded from the nation’s memory.