The main theme of this issue is the Canadian election campaign and its results. It turns out that Canada is different from the other countries featured in this and the previous issue: the United Kingdom, the Czech Republic, Belgium, Italy, Turkey, Hungary, France and, as always, the United States. In each case, the focus is on the emergence of populist parties, themes and leaders. In Canada, as the reports from the different regions in this issue illustrate, regional differences still predominate. Just as they overshadowed class cleavages in the past, they now seem to inhibit the emergence of populist themes and parties. But this inhibiting effect could only be temporary if regional resentment grows, following the Flemish example described here by Ruth Dassonneville.

In the United States, we will be watching to see if Donald Trump’s populist base remains loyal and can be mobilized in his defence, as the impeachment process further exposes his efforts to pressure Ukraine and perhaps other countries to dig up dirt on his political opponents, ignore congressional subpoenas, refuse to turn over documents, and use his office to enrich his businesses. Trump, as Fareed Zakaria put it in the Washington Post on September 26, is “a particularly egregious example misbehavior fits a global trend.”1 This trend includes British Prime Minister Boris Johnson, Indian Prime Minister Narendra Modi, Philippine President Rodrigo Duterte, Recep Tayyip Erdoğan of Turkey and Viktor Orbán of Hungary. Zakaria adds ominously that, as data compiled by Roberto Stefan Foa and Yascha Mounk show,

Across the globe, enthusiasm for autocrats has grown. Between 1995 and 2014, there were large increases in the share of people who would like to see “a strong leader who does not have to bother with parliament and elections,” growing by nearly 10 percentage points in the United States, almost 20 points in Spain and South Korea, and around 25 points in Russia and South Africa …

Add to this the rising reality of tribal politics – the sense that each of us is on a team and that our team is always in the right. Tribalism is the enemy of institutions, norms and the rule of law … Political parties used to act as gatekeepers … forcing their members to adhere to certain rules. But parties are old-fashioned … Politicians can now raise money and gain a following through direct appeals to the public, using social media to exploit the very anger and emotion that parties often used to moderate. The key enabler of American populism has been the Republican Party.

I would add another dimension to this development. The old class-based cleavage that situates people on a left-right axis, still common in academic analysis and poll taking, is largely out of date. A more relevant axis is populist-liberal. The new cleavage sets urban dwellers, who welcome diversity, against people in rural and decaying industrial areas. While experts like political scientists Pippa Norris and Ronald Inglehart, in their recent book about populism titled Cultural Backlash,2 still depict populism in left-versus-right terms, the reality is not so simple. In a study summarized in the Social Europe Newsletter on September 26, Caroline Marie Lancaster cites data from the European Social Survey testing for “traditionalism” (whether women should be allowed to work outside the home and gay and lesbian people should be allowed to “live life as they wish”) and “authoritarianism” (the desire for strong government and belief that laws and rules should be respected), as well as attitudes toward immigration and whether European integration has “gone too far”:

I found three broad types of radical-right voters. The “conservative nativists” comprised about a quarter of my sample … They are older, less educated and more likely to be men. They prefer traditional family structures and strong government and are highly opposed to immigration and European integration. The second class are termed the “sexually-modern nativists.”  About a third of radical-right voters fall into this group … These voters are only slightly less nationalist than the conservatives. However, in other regards, they look like leftists: they’re younger, highly educated, more likely to be women, and are not opposed to gender egalitarianism and LGBT rights. A third group falls in between these two extremes, taking more moderate positions …

In 2004, only 12% were sexually-modern. However, in 2016, almost half – 45 per cent – fell into this category. Indeed, there is variation across the ten countries in my study – Austria and Switzerland have more conservative radical right voters, while other countries, like the Netherlands and Sweden, are less conservative – but the general trend remains.3

Her explanation for this trend has to do with opposition to immigration and, to a lesser extent, the European Union:

In the aftermath of the European sovereign-debt crisis of the late 2000s and the Syrian-refugee crisis of the mid-2010s, immigration policy … achieved unprecedented electoral importance. Because the radical right is believed to be the party family most capable of handling these issues, voters flocked to parties like the Alternative for Germany and the Sweden Democrats … No longer can we dismiss the radical right as the party family of angry old men, reacting against a changing society. Now, women and gay men are likely to be found within their ranks, alongside voters who, if not for their immigration attitudes, might be confused for leftists.

This dynamic applies to the U.K. and its cleavage over Brexit – which also does not fall along the traditional left-right, Labour-Tory axis – although not to the United States. When it comes to the Trumpites, who have at least temporarily driven most Never Trumpers out of the Republican Party, the proportion supporting gender egalitarianism and LGBT rights cannot be very high. Here another dimension must be brought into the explanation – knowledge, or rather lack of it. I have explored this dimension in my research comparing Western democracies. Americans turn out to have the largest proportion of adults deficient in basic civic literacy, making them easy prey for the distortions of Trump’s surrogates on Fox News, radio talk shows and social media.

I was in Scotland and England for a few days in September, where I watched the Brexit debate in Parliament with British friends. The apparent failure of the British with their heralded unwritten constitution to “muddle through” when faced with this divisive issue came as something of a shock. As in the United States, facts seem to have little effect: the country is split ideologically. Anecdotes abound. A friend told us of an organized group tour of Sicily in which the one pro-Leave couple was effectively isolated. Similarly, in one local pub, where you used to go in one door and out the other, thus greeting your neighbours on the way in or out, there is now, effectively, a Remain door and a Leave door, and the two groups have nothing to say to each other. 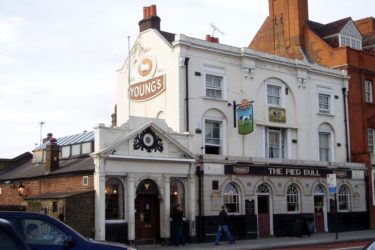 The very watchable, intense debate in the British House of Commons was ultimately frustrating. The Leavers didn’t bother trying to defend Leave on its merits; they repeated endlessly that it is a matter of democracy – the people have spoken. Nor would they talk concretely about what would happen without a deal. Boris Johnson evoked nonexistent negotiations in Brussels, arguing that only the prospect of an imminent no-deal Brexit would cause the EU to budge. A game of chicken with very high stakes.

The evolution of the British Conservatives parallels that of their American cousins. The Tories are no longer the party of Disraeli and Churchill: like the GOP, the Conservative Party is becoming a populist party, with the moderates – several of whom were leading, longstanding figures in the party, who publicly opposed Boris Johnson and supported the motion to ask the EU for more time – being forced out. In contrast, in the United States anti-Trump Republican legislators are, with very few exceptions, so far keeping their dissent private, held in line by the risk of being denied renomination in a primary.

Since my return to Canada, Johnson has put a little water in his wine and concocted a slightly modified version of Theresa May’s three-times-rejected Brexit deal. The EU has endorsed this new deal, and Johnson presented it to Parliament with expectation of quick passage. Parliament insisted on slowing down the process to enable review. At the time of writing (October 31), Parliament has voted in favour of the deal in principle, but intends to examine it clause by clause, forcing Johnson to obtain a further extension from Brussels on the U.K. leaving the EU. MPs may well amend the deal by, for example, stipulating that the U.K. remain in the EU customs union or attaching the requirement of ratification by a second referendum. Johnson and the hard Brexiteers want neither of these amendments.

The calling of an early election for December 12 has opened up a new chapter in the neverending Brexit melodrama. The struggle over Brexit, like most of the other struggles engendered by the rise of populism, remains resistant to easy resolution.