Elections are usually unpredictable. Sometimes it’s just the margin of victory that’s a surprise. But often there is an unexpected winner. Or during the campaign an avalanche of support mobilizes out of nowhere for a party or candidate that reaches unforeseen levels, even if short of victory.

Pauline Marois is expected to triumph, but trips up on Pierre Karl Péladeau, and a new Quebec premier emerges. Jim Prentice is skilfully handling the transition from train-wreck Alison Redford, yet when an election is called Rachel Notley – heading a party that could never possibly win in conservative Alberta – catapults to victory and the Conservatives are reduced to a sad third place after four decades at the helm. Federally, Jack Layton rides an Orange Crush wave in Quebec, while Stephen Harper pulls off a surprise majority government.

The operative word seems to be surprise. I like to repeat (and abide by) a mantra: The conventional wisdom in politics is always wrong. Of course, with the word always, that’s an exaggerated and hence erroneous argument. Even a stopped clock, after all, is right twice a day. And the conventional wisdom is also occasionally right. But not as much as is assumed.

In part that is because so much of the conventional wisdom is formed by insiders, immersed 24 hours a day in the political whirl, guided by a policy or ideological fixation, anchored in rationality and buoyed by close connections with people of similar views. But so much of an election is decided by non-insiders, with a low attention span and driven by emotion and clashing sentiments that are ever susceptible to change.

Election 2015 is the latest example. The conventional wisdom told us for many years that the Liberals were dead ducks, expiring as a party, to be replaced forever by the NDP, which would vie with the Conservatives for power. And the left would usually lose that fight because Canada had become a more conservative country under Harper’s guileful influence. Certainly, unless the NDP and Liberals merged, uniting the progressive vote, victory for that side would be rare and a majority government impossible.

When the Liberals rose in the polls after the selection of Justin Trudeau, it was assumed that the Conservatives would take care of him as they had Stéphane Dion and Michael Ignatieff. Compared to them he was a lightweight, after all, riding his father’s name. And, of course, his political lineage – the Trudeau name and Liberal sponsorship scandal – meant he could never break out of his anglophone base in Quebec. When his party did fall back after the election of Notley and his difficulty balancing his party’s contradictory feelings toward war and security, he was assumed to be incompetent, justifiably in third place.

Besides, Stephen Harper was a brilliant strategist. The Conservatives knew who their core was and how to mobilize it with small-ball tax breaks. They had skilfully wooed ethnic groups, and by calling the election early could cut off third-party attacks and concentrate their gazillions on turning inexperienced Justin and Tom Mulcair into roadkill.

All wrong, we now know. But in fact, the signs were there, if you just asked some tough questions and were open-minded. 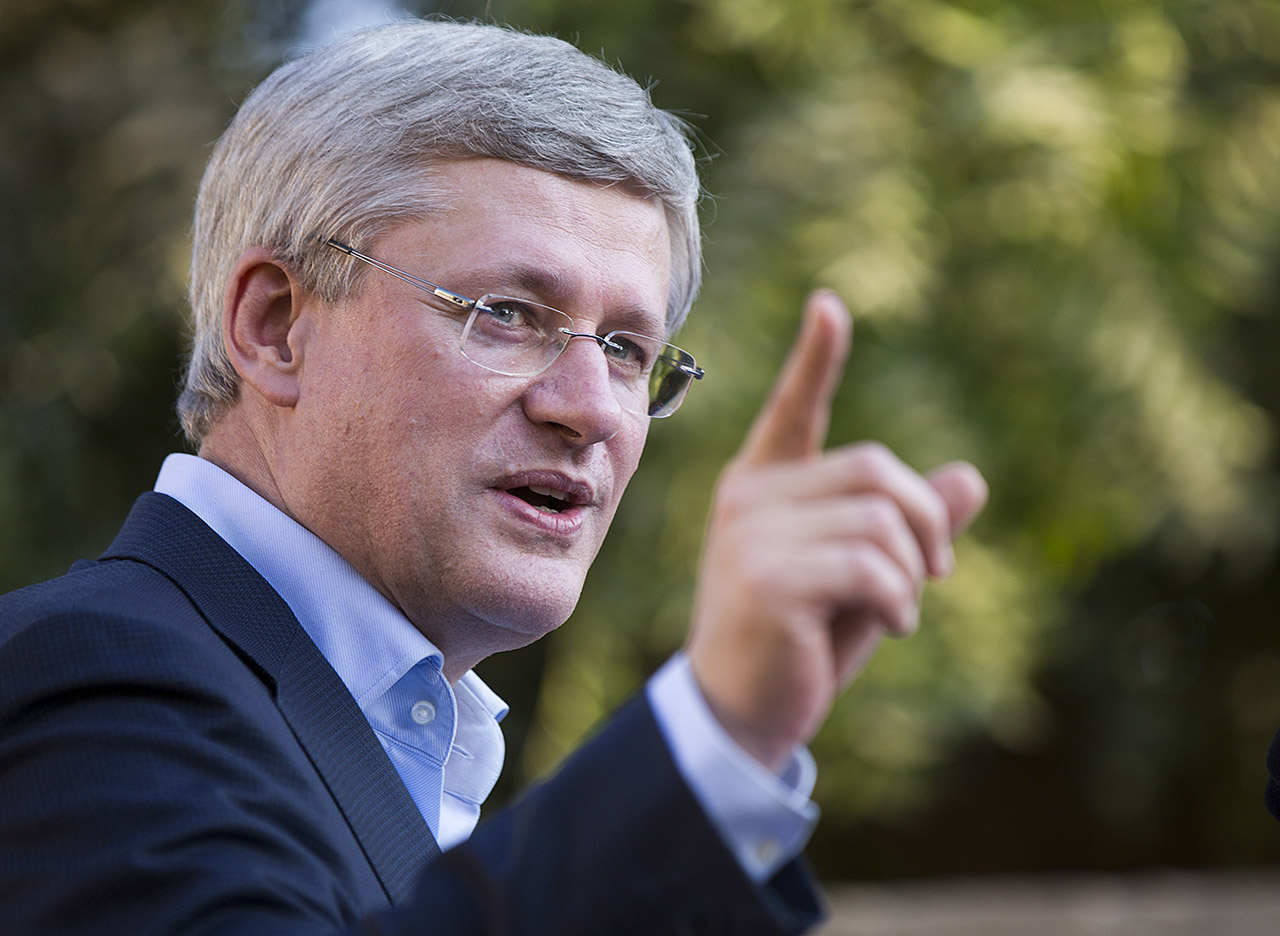 Stephen Harper has made some good strategic moves but also some terrible ones. There is little evidence that all his tax gifts actually influenced votes; they may have simply correlated with victories that came for other reasons. While his goal has been to make the Conservatives the natural governing party, he has contradicted that by his relentless cultivation of his base at the expense of less-hardened souls. On a succession of issues, such as the census and climate change, he has needlessly lost potential supporters. His government’s mean-spiritedness and his seeming contempt for anybody beyond his core, if not beyond his entourage, turned people off. And after ten years in power, with top ministers leaving and no sign of regenerating itself, his government was clearly edging past its best-before date.

The longer campaign would add to that problem by putting him front and centre for a longer period, including during the Mike Duffy trial. Less obviously, we now know it gave both Trudeau and Mulcair more time to mobilize Canadians, although only Trudeau managed that. People pay more attention during elections, and with attention aroused the two main alternatives to the government could make their case. Meanwhile, Harper’s arguments were not new and no longer had the same resonance as in the past.

Indeed, perhaps the policy with the most resonance – a policy which the conventional wisdom deemed idiotic – was to promise, in conservative Canada, to run a deficit. Almost as idiotic, of course, was to run a campaign that avoided the surest way to win: devastating attack ads on your opponents. Only a naive young pup would think a Boy Scout approach could work. Worse, Trudeau ran ads repeating his opponent’s attacks on him, highlighting the “just-not-ready” theme, which anyone who has taken Marketing 101 knows is foolhardy.

Which brings us to the niqab, which the conventional wisdom said would allow Stephen Harper to strike a devastating blow. The conventional wisdom had promised victory for Pauline Marois when she took the Quebec Charter of Values into the provincial election against a hapless, backtracking Philippe Couillard. Oh wait – that didn’t work, did it? The conventional wisdom was wrong. But it wouldn’t be now! Polls showed around 80 per cent of Quebecers (and only slightly fewer other Canadians) disliked the niqab and wanted some controls, so this would prove Harper’s ace in the hole.

Well it didn’t work out. First, it wasn’t a ballot question. Quebecers were electing a prime minister, not voting in a referendum on the niqab. Undoubtedly the niqab hurt the NDP in Quebec, coming at a time when it was vulnerable and sentiments were turning into more hardened, pre-voting opinion. But in fact, the NDP vote in Quebec appears to have started tumbling before the niqab ruling came out on September 15 – the rate of decline in the first week in September roughly equals the rate after the niqab flare-up. And the Liberals – under a leader who didn’t gain as much scrutiny for his niqab position yet was in some ways more supportive of the proponent in that court case, not wiggling around technical excuses but making the human rights case – actually rose throughout the fuss.

Many people in Canada, but particularly in Quebec, were starting to wonder after Labour Day, as the campaign entered its second half, who was the best choice to oust Stephen Harper. The NDP has always lacked roots in Quebec, despite (or maybe because of) its effort over the years to understand and accept nationalist aspirations. But the Liberals have a long, fabled history in Quebec and a leader who was not in politics when the sponsorship scandal blew. That he was a Trudeau was not as damaging as some believe: his father won 68 per cent of the vote in Quebec in the last election he was at the helm, taking 74 of the 75 seats.

So the conventional wisdom that emerged in the heat of the election battle about the niqab was wrong. And no doubt much of the conventional wisdom now emerging is wrong. We hear that the Conservatives would have done better without Harper. But Harper drew a significant number of votes and seats – better than a successor might have done (remember Kim Campbell and Jim Prentice?). We hear the Conservatives might be on death’s door because they have been reduced to a rural rump. Sure they have – because they lost this time, not because people will never vote for them again. We hear that the NDP made a mistake by moving to the centre. Had the dynamics of the campaign gone just a bit differently – had Mulcair seemed a little less grim, a little less chippy, and had the niqab issue not put him in the spotlight just when strategic voting was preparing to jell – we might be watching Mulcair’s first few months in the prime minister’s office. We hear that the Liberals and Trudeau ran a flawless campaign. Campaigns are never flawless. Trudeau’s was certainly highly competent and he now has a chance to prove competence in office. But over time, the media glare can be harsh.

My hope: that Trudeau maintains his own scepticism about the conventional wisdom. Some of his best moves have come when he boldly challenged the prevailing wisdom: promising to legalize marijuana, accepting a deficit budget, jettisoning the Senate Liberal caucus, attacking the Quebec Charter, kicking MPs out of his caucus for alleged sexual harassment, taking the higher road on campaign ads. His instincts can be good. Let’s hope he challenges the conventional wisdom a lot. That would be real change.

Harvey Schachter is a freelance writer who writes two weekly columns on management and leadership for the Globe and Mail. His political commentary won him the 1985 National Newspaper Award for columns and the... Read More