Professor Garth Stevenson has been indefinitely suspended from the Inroads Editorial Board and as a columnist. 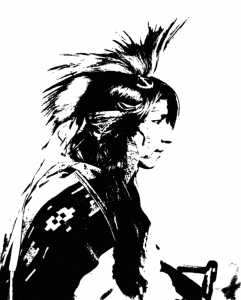 It is two generations since the modern Aboriginal movement was born in response to the Trudeau government’s 1969 White Paper calling for an end to any special legal status for indigenous peoples in Canada. It is one generation since section 35 of Trudeau’s new constitution recognized and affirmed the “existing aboriginal and treaty rights of the aboriginal peoples of Canada.“ Those generations have seen a remarkable increase in the legal recognition of Aboriginal identity and Aboriginal economic clout over resources. At the same time, improvements in human development – life expectancy, educational attainment and living standards for the average person – have been disappointingly slow.

Two stories in 2014 illustrate the gap. On June 26, the Supreme Court of Canada released its most important Aboriginal title decision since 1997’s Delgamuukw. For the first time, the Court confirmed that an Aboriginal group, the Tsilhqot’in, had title to land in British Columbia: an area of more than 1,700 square kilometres in and around the Nemaiah Valley in B.C.’s Central Interior. The Court of Appeal had recognized constitutionally protected rights to hunt and trap in the area, but not title to the land itself. The Tsilhqot’in decision suggests that use of a vast tract of land by mobile hunting and gathering peoples will give rise to a continuing right to control economic development and enjoy its fruits today, unless extinguished by treaty. Since the vast majority of B.C.’s land surface has never been subject to treaties, this unquestionably means a drastic change in the effective property rights over that land. It is hard to imagine a more vivid illustration of growing Aboriginal legal and economic power.

The second most dramatic event in indigenous politics this year was the May 2 resignation of Shawn Atleo as Grand Chief of the Assembly of First Nations, as a result of controversy over his support for Bill C-33, the draft First Nations Control of First Nations Education Act. Atleo’s resignation and the controversy around the Harper government’s attempts to reform on-reserve education highlights the less encouraging aspect of recent Aboriginal history. Aboriginal students continue to trail non-Aboriginal students in academic achievement, with the gap higher in on-reserve schools, and higher still in on-reserve schools on the Prairies. The Harper government’s attempt at a solution, whatever its merits, is stalled, and nothing else appears on the horizon.

Gordon Gibson and Ken Coates are longtime observers of Aboriginal affairs in British Columbia, and both bring a historical perspective as well as a focus on what will happen in the future. Coates argues that any economic disruption from the Tsilhqot’in decision is the inevitable result of a longstanding failure of British Columbia’s governments to address Aboriginal claims for land and resources, dating back to the 19th century. He argues that First Nations and resource companies will be able to bargain to mutually advantageous agreements, and so the impact on the resource industry is overstated. His point tracks the insight of Nobel laureate economist Ronald Coase that, if we assume away transaction costs, resources will end up with their highest value used, no matter who initially has them. Resource companies do not care if they send a royalty cheque to First Nations governments or provincial governments, and the size of the cheque will depend on market conditions anyway.

Gordon Gibson agrees that B.C. governments have failed miserably in the past in addressing land claims. And he acknowledges that some deals will be done. But he is concerned that in a world in which the province’s most valuable land no longer belongs to it, the provincial treasury will be the loser, with impacts on social programs (which Aboriginal people, many of whom will not be able to claim a part of valuable title lands, disproportionately rely on). And he worries about the deals that won’t be done. Gibson’s points track Coase’s caveats to the “Coase theorem” that traded rights will ultimately go to the highest use: this will not be true if transaction costs are too high, and the theorem does not address distributional impacts. Gibson points to the uncertainty in the Supreme Court decision regarding what title means, when it can be infringed and who is to make the decisions.

John Richards tells the story of the First Nations Control of First Nations Education Act. As he tells it, the objective of bringing the relatively successful British Columbia model of governance of First Nations education to other parts of the country has been frustrated by nationalist ideology and partisan advantage. Richards points to the substantial provincial disparity in outcomes, and attributes these to institutional differences Bill C-33 would have addressed. The pessimistic conclusion is that, unless the effort can somehow be put back on track, another generation of Aboriginals outside British Columbia will be denied the educational achievements they could otherwise have obtained, with all that implies for employability, health and other social outcomes.