Basques seek to reform their status in Spain

Below the radar screens of Canadians, an ancient European people clustered around the Atlantic Ocean and the Pyrenees in northeastern Spain is finding inspiration in our constitutional experience. The people in question are the Basques (see box, p. 122), and their Canadian sources of inspiration are two articles of the British North America Act and a decision of the Supreme Court. The stamp of these Canadian ideas can be seen in the Ibarretxe Plan, a proposed reform of the Basque Statute of Autonomy whose architect, Juan José Ibarretxe (Ee-bar-ay-chay), member of the Basque Nationalist Party, heads the Basque Provinces’ centre-left coalition government (see box). 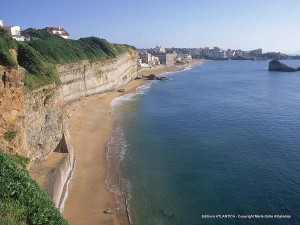 The core idea is to follow the principle set out in articles 91 and 92 of the Canadian Constitution, to use lists to divide powers between the political centre and the periphery. Unlike the BNA Act, the plan does not list the powers of both levels: it sets out a list of proposed Spanish central government competences, leaving the rest to the Basque Provinces government. Madrid would retain full competence over citizenship, refugees, defence, the monetary system, intellectual and industrial property, tariffs and the merchant marine. Foreign affairs would be Madrid’s affair except that the Basques would have to be consulted when specific Basque interests are at stake. Broadly speaking, the Basque Provinces government would control all other non-listed policies, including the management and administration of education, health, Basque language, finances, industry, human resources and the judicial system.

The reform plan was adopted by the Basque Provinces regional parliament on December 30, 2004, though as expected it was rejected by the Spanish Congress a month later. Yet the issue is not dead: Spanish Prime Minister José Luis Rodriguez Zapatero has promised a broad reform of the relationship between the central state and the 17 regional entities. This reform would respect the existing asymmetry in which the Basque Provinces and Catalonia are singled out as “peripheral nationalities.”

In drawing historical and political parallels with Canada, I suggest that Canadians should “retourner l’ascenseur”: not just provide inspiration to Spain but also take inspiration from it.

Asymmetry in Spain: The Basque question

In the Basque language, the Basque Country is known as Euskal Herria, meaning the place where Basque is spoken. It consists of seven provinces, four of which lie in Spain and three in France. Of the four Spanish provinces, three constitute the Basque Autonomous Community, otherwise called the Basque Provinces or, in Basque, Euskadi. This is where the majority of Basques live and this is the territory currently at issue.

For centuries the Basque Provinces had formal arrangements with the Spanish crown called the Foral Treaties, which in certain ways resemble those of the British crown with Canadian First Nations. These were bilateral agreements by virtue of which the Basques pledged allegiance to the Spanish monarch on the condition that the monarch agree to uphold the Foral Rights, a set of laws that had provided the Basques with wide self-governing powers.

This political partnership between the Basques and the Spanish crown was ended in the mid-19th century when the Spanish government unilaterally abolished the Foral Rights. The Basques fought three times to reclaim their autonomy, but failed. Military defeat resulted in the founding of the Basque Nationalist Party, which soon became the largest party in the Basque Provinces. Its objective was to restore Foral Rights within Spain or, if that proved impossible, through Basque independence. In 1936 it reached a compromise agreement with the Spanish Republican government and a first statute of autonomy was granted.

Unfortunately, this statute was never fully implemented: in July of that year General Francisco Franco led a military coup and the Spanish Civil War ensued. The Basque nationalists fought on the side of the Republic and paid a heavy price. In April 1937 the Condor Legion, the Nazi air force unit fighting for Franco, bombed Guernica: the horror of what some historians consider the first indiscriminate bombing in modern warfare was captured forever in Picasso’s celebrated painting. Guernica was and still is a highly symbolic place for the Basques: it was in Guernica that the old Foral Pledge took place. By bombing it, Franco was passing a sentence on Basque aspirations with no appeal.

Late in 1937, the Basque government surrendered to an Italian fascist expeditionary force. During the ensuing dictatorship, Franco abolished the statute of autonomy and the Basque language was banned from schools and public places. In the late 1950s a group of young Basque nationalists founded ETA, which developed into a clandestine army modelled on the Irish IRA and the Algerian FLN. Since it fired its first shot in 1968, more than 800 people have been killed, and more than 700 ETA militants have been arrested in Spain and France. Today a much weakened ETA, officially designated as a terrorist organization by the European Union, persists in its struggle.

Autonomous powers for the Basque Provinces were reinstated in the context of the Spanish transition to democracy after Franco’s death. The political conditions in 1979 were very different from what they had been in 1936. In the mid-thirties Western Europe was by and large dominated by fascists; in the mid-seventies it was fully democratic. However, in Spain’s case both were times of great transformation: unions and political parties were legalized after Franco’s death. The first democratic elections since 1936 took place in 1977. In 1978 Spain adopted a democratic constitution, and in 1979 the Basque Statute of Autonomy, a bilateral agreement granting the Basques autonomous powers, was signed in Guernica. Fortunately, the ghosts of 1936 failed to materialize in February 1981 when King Juan Carlos stepped in to stop an attempted coup by a group of military officers.

Spain entered the European Union in 1987 under the Socialist government of Felipe Gonzales, who won the 1982 election following this tentative coup. Gonzales and most of the Spanish left plus the Basques and Catalan nationalists saw in Europe not only economic opportunity but also a political insurance policy against possible military coups, since the Spanish military leadership was still “Franco-ista” in ideology and training.

In terms of Basque-Spanish relationships, Spain never transferred some 40 institutional and governmental competences which according to the Statute of Guernica were supposed to go to the Basque provincial government. This “foot-dragging” is one of the main reasons Ibarretxe says he decided it was time to “cross the Rubicon” and launch his reform proposal. Moreover, much had changed since 1979. The most important development underlying the call for the renewal of the Statute of Guernica to meet the realities of the 21st century was European integration.

The Basque government has stated that it hopes to present the reform plan to the Basque electorate for ratification in a referendum. It is in this context that Canada is invoked for a second time. The legitimacy of such a referendum, it is argued, rests on the grounds set out by the Supreme Court of Canada decision on Quebec in 1998. The Supreme Court’s ruling that the Canadian government would be obliged to negotiate if faced with a genuine democratic expression by the majority of Quebecers in favour of a changed constitutional status is taken as a legal precedent by the Basques in their efforts to win a new status in Spain.

The Ibarretxe Plan consists of 10 points. In hearing them presented to me in an interview with the plan’s architect in November 2003, I could not help seeing parallels with Canada:

To secure the support of a majority of elected members of the Basque Provinces regional parliament for the plan, Ibarretxe had to rely on votes “stained by blood” from Batasuna, the political wing of ETA. This support reinforced its rejection by Spanish public opinion, and thus by the Socialist-led Congress which considered the plan unconstitutional. But there is another side to this course of action. The Ibarretxe Plan seized the political initiative away from those radical nationalists close to ETA and placed it solidly in the hands of the centrist moderate Basque Nationalist Party. Their goal of an Irish-style Good Friday Agreement solution to end ETA’s war reflect that of the Basque majority for whom expelling the MPs would have sent the wrong message, lending some legitimacy to “armed struggle.”

Despite the rejection of the plan in Madrid, the winds of decentralization have not died down. For its part, Catalonia is working hard on a reform of its statute of autonomy. And Spanish PM Zapatero will not be able to ignore his promise to reform the various statutes of the 17 regional autonomies in Spain during this mandate. It will be a decentralization that advances the asymmetrical form of autonomy characteristic of Spain, with even greater differences in the position of the Basques and Catalan “peripheral nationalities” and the mere “autonomous entities” in the other regions.