Dave Klassen lived more than 22 years in Africa, including seven years as Mennonite Central Committee country representative in Uganda. Rick Gamble teaches journalism at Wilfrid Laurier University’s campus in Brantford, Ontario, and is a former reporter with CKCO-TV in Kitchener. Their previous collaborations include a 1994 documentary on the Rwanda genocide that won silver in the Best Documentary national competition sponsored by the Radio and Television News Directors’ Association. Their film on the war in northern Uganda, Bending Spears, premieres in Waterloo, Ontario, on June 19. 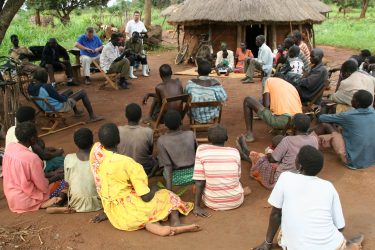 Compiled by Bob Chodos, from reporting by Dave Klassen and Rick Gamble.