A new generation of Swedish filmmakers tries to find its voice

In the fall of 2004, Ingmar Bergman’s film Saraband opened to a generally favourable response. This was quite a remarkable event, not only because the legendary Swedish filmmaker was 86 years old, but also because Saraband had been made not for the cinema but for television. Since it had been shot in HDTV, however, it could be shown on the big screen, with a technical quality no one could dream of 20 years ago.

As critics noted, the power and beauty of Bergman’s art and his skill at drawing out powerful moments of humanity between actors were undiminished. Bergman had shown in masterpieces going back half a century that he used film as no one else, to dig deeply and relentlessly into the body and soul of human relationships. 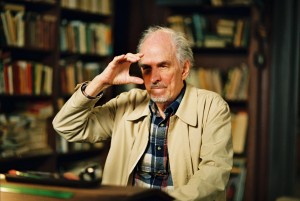 He had announced that Saraband would be his last artistic endeavour – no more theatre directing, no more films, no more television, no more radio. In this article I will take him at his word, though he’s made that promise before. As someone who has lived inside the world of Swedish film for 40 years, I wonder how his enormous shoes might be filled.

I will not try to capture his legacy. Bergman’s brilliance has given rise to more than 130 books, covering cinematography and also the many dimensions of human relations – psychology, psychiatry, sociology, religion – that he grappled with in some 40 films. The literature has flourished especially since Bergman declared that the highly acclaimed Fanny and Alexander (1982) would be his last film.

It didn’t turn out that way. Bergman had always regarded film as his mistress, and now he wanted to be faithful to his old wife, the theatre. Except that in the background was a new passion. Television, the illegitimate child of theatre and film, and beloved of people cut off from both, had fascinated Bergman from its beginnings. Indeed, among his greatest successes was his 1973 TV series, Scenes from a Marriage, which was adapted into a successful film.

His plan was to use television as a setting for chamber pieces, concentrated in time and place and with few characters, often talking directly to the camera in the long closeups for which he was famous. In 1984, with Erland Josephson (star of Scenes from a Marriage) and Lena Olin, he made After the Rehearsal for television. But his long-time collaborator, cameraman Sven Nykvist, shot it on 35mm film, making it possible for the distributor to sell it abroad for cinematic release. Bergman was furious; from then on he made all his television productions using ordinary TV technology – three cameras and videotape.

A new Bergman show on Swedish television became an annual event. At the same time, Bergman wrote scripts for Nordic directors, and several found their way into successful films: Dane Bille August’s Best Intentions (1992), which won the Palme d’Or in Cannes; and Private Confessions (1996) and Faithless (2000) by the Norwegian Liv Ullmann, when she turned from acting to directing.

Saraband reunited Ullmann and Josephson to revisit Marianne and Johan, the divorcing couple of Scenes from a Marriage. But here the focus is not on their relationship but on Marianne as the clear-eyed observer of Johan’s relationship with his son, and the son’s relationship with his own daughter. The vision here is dark – reminiscent of early Bergman, and far bleaker than that of The Barbarian Invasions by Canadian filmmaker Denys Arcand, who also returned to characters of an earlier film to explore generational relationships.

Can the current generation of Swedish filmmakers fill Bergman’s shoes? The record over the last 20 years, when Bergman “wasn’t making films,” is not especially hopeful. There have been some good films, certainly, but no new Bergmans. Perhaps this is inevitable. In the 1950s, his presence in Sweden was so powerful that there was little room for other filmmakers.

In the sixties, however, under the influence of La nouvelle vague in France and Papas Kino is tot in Germany, and with the support of the Swedish Film Institute founded in 1963, a few talented directors had the opportunity to establish themselves internationally. Films by Vilgot Sjöman, Jan Troell and Bo Widerberg were seen at festivals all over the world, and a few, like Widerberg’s Elvira Madigan (1967), Sjöman’s I Am Curious, Yellow (1969) and Troell’s The Emigrants (1971), had commercial success in Europe and America. 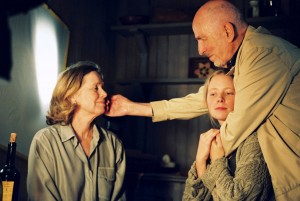 But Sjöman, Troell and Widerberg were only five or ten years younger than Bergman, and they soon faded from the scene. What of the following generation? The truth is, they haven’t left many milestones in Swedish film history. There have been good films, of course, including successful local comedies and children’s films (which have long been a Swedish specialty, largely because of Astrid Lindgren’s famous tales). But apart from Lasse Hallstrom, few have gained international recognition, and Hallstrom was lost to Sweden when his breakthrough My Life as a Dog (1985) took him to Hollywood.

Sweden has also benefited from mobility. A successful British import was Colin Nutley, who settled in Sweden and made movies looking at Swedish society as an outsider. His breakthrough came with House of Angels (1992), a comedy about two charming foreigners who settle in a small Swedish community and turn values upside down. House of Angels was seen by 10 per cent of Sweden’s population in theatres, and by 30 per cent on television a year later. Nutley’s subsequent films all reached a large Swedish (if not international) audience, and Under the Sun (1999), another loving portrait of the Swedish countryside, earned him an Oscar nomination as well as an invitation to Hollywood, which Nutley fortunately – for Swedes – refused.

There are not many immigrants from the West in Sweden. Most come from the countries to the East, often as refugees from war and poverty. Among this new group of filmmakers are Reza Parsa and Reza Bagher, both from Iran; Josef Fares and Fares Fares from Lebanon; and Baker Karim from Somalia. Unlike earlier immigrant directors, whose films usually suffered from being too close to the material and overstressed the problems of being a foreigner in Sweden, this new generation grew up in Sweden and their movies reflect contemporary Swedish life. Josef Fares’s Jalla! Jalla! (2001) and Bagher’s Wings of Glass (2001) deal with marriages between Swedes and immigrants, and both are very funny, putting greater emphasis on the universal aspects of the situation – sex, youth and conservative parents – than on the immigrant predicament itself. The result is energetic filmmaking with broad appeal and something to say.

But none of these directors could or would lay claim to Bergman’s mantle. If there is a new Bergman on the horizon, it would have to be Lukas Moodysson, a leading figure in the new wave of directors. Leadership is nothing new for Moodysson, who has never suffered from lack of ego. By 1986, 17 years old and already known as a rebellious poet, he left school to lead a literary protest movement. Two volumes of poetry and a novel followed. Then suddenly, after seeing David Lynch’s TV serial Twin Peaks, Moodysson decided to become a filmmaker. He returned to school and graduated in 1995.

After a couple of shorts, he made his feature film debut in 1998 with Fucking Åmål (for international distribution a different title, Show Me Love, was selected), which became a surprise hit in Sweden and at festivals around the world. The tale of two terminally bored high school students – who come out as lesbians – realistically evoked life in a small-town high school and raised the subject of homosexuality at a moment when both children and parents were ready to discuss the issue openly.

Moodysson’s ability to get fine performances from young actors was again evident in his next film, which deals with life in a seventies “commune.” Together (2000) was sold to more than 40 countries and was an even bigger hit than Fucking Åmål. Its strength lies in its being reflected through the eyes of the commune’s children, who as a matter of course expose the consequences of, and political rationalizations for, their elders’ behaviour.

The New Country (2000), another tale of togetherness, was coauthored by Moodyson and talented screenwriter Peter Birro, and directed by Geir Hansteen Jorgensen. We follow Ali, a 15-year-old Somali, and Massoud, a 40-year-old Iranian, as they wander through Sweden in their rusty Mazda, avoiding expulsion as illegal immigrants. The New Country, an entertaining road movie and a satirical critique of present-day Sweden, expressed Moodysson’s increased sense of social responsibility.

Moodysson avoids interviews, and it is typical that one of the most revealing appeared in Situation, a magazine produced and sold by the homeless. In an oblique critique of Bergman, Moodysson told Situation, “To poke about relations and emotional life is important, but you also have to grasp the big connections, understand why things are like they are. If you have talent you cannot use it only for your own sake, you have a responsibility.”

Moodysson took his own advice in his next film, Lilja 4-ever (2003), which is based on the actual case of a teenage Russian girl who was promised a better life and a good job in Sweden, but was used as a prostitute and ended up killing herself by jumping from a motorway bridge. Lilja 4-ever is not an uplifting story, but it served to put the problem of human trafficking on the front pages in several Eastern European states as well as in Sweden, where it was screened for members of Parliament and in schools, and was the subject of numerous TV discussions.

Clearly, there’s no Swedish successor to Bergman. Perhaps we have to look in Scandinavia beyond Sweden, at Denmark’s Lars Von Trier, for example, but that’s the subject of a another article. In the meantime, as a consolation prize, I bring to your attention another Swedish filmmaker, Kay Pollak, whose As It Is in Heaven (2004) is in all aspects an antidote to A Hole in the Heart.

In 1980 Pollak made Children’s Island, one of the few good early Swedish films that did not involve Bergman. But when Pollak‘s next film flopped, his career was put on hold. Twenty-four years later, he is suddenly back with a feel-good film, generous in all aspects – even from an artistic point of view – and full of heart. The story is simple: a world-famous violinist has a heart attack and returns to the community of his childhood in northern Sweden, where he is reluctantly persuaded to rehearse with the church choir. It is both funny and tragic, with an excellent cast and a musical score full of joy. Its message is simple: carpe diem – it is never too late.

A million Swedes saw As It Is in Heaven in just ten weeks, and it was Sweden’s choice to compete (unsuccessfully, as it turned out) for this year’s Academy Award. As It Is in Heaven is reminiscent of Bergman’s Saraband in that music is central to both. The cello in Saraband is an expression of the father’s emotional dependency and the daughter’s dreams of fulfilment. Pollak is more hopeful than Bergman. He will never be Bergman, but perhaps, as Bergman’s shadow recedes, Pollak will be part of a more modest but nonetheless exciting renewal of Swedish film.