Five of the world’s ten largest cities are in South Asia. They display jarring extremes of abject poverty and extreme wealth, of ancient communal conflicts and newfound industrial productivity – a reality brought to the world’s cinema audiences by the 2009 Oscar winner Slumdog Millionaire. It was a rare case where the film’s screenplay was better written than the novel (Vikas Swarup’s Q&A) that provided the skeleton for its plot. The real inspiration for the film was of course another novel, Oliver Twist. In Slumdog Fagin becomes a gang of amoral thugs who blind street kids so that they can generate more sympathy from passersby and hence be more productive as beggars; in both, the plots are full of farfetched coincidences that lead to happy endings in the final scenes. And Danny Boyle, like Dickens, relied for inspiration on the in-your-face contradictions offered at any street corner of London then, and Mumbai now. 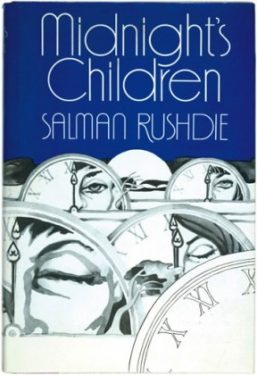 Reviewing Slumdog in the New Yorker, Anthony Lane hinted at the literary potential of all this: “Boyle and his team … clearly believe that a city like Mumbai, with its shifting skyline and a population of more than fifteen million, is as ripe for storytelling as Dickens’s London, and they may be right.”

Boyle and his team may be right? Of course they are right! The New Yorker publishes some of the most sophisticated writers in the city that considers itself the ultimate judge of English-language storytelling. Lane’s choice of words is one more sign of Americans’ parochialism and failure to realize that their preeminence is slipping. As China erodes American economic dominance, superb South Asian novelists are eroding North American – and British – dominance of English-language fiction.

As Europe industrialized, 19th-century novelists displayed an ambition akin to 18th-century Enlightenment philosophes or 20th-century academic social scientists. They aspired to understand everything, from the political to the intimate. They were the premier social critics of their age. Dickens, Balzac and Dostoyevsky subjected their characters, rich and poor, to a broad range of injustices. Some writers, notably Tolstoy, presumed to enter the minds of historical political leaders. Reading any of these writers’ novels – an investment in at least 600 pages – the present-day reader encounters a multitude of characters whose lives have been tormented by an urban cacophony and the sins of the powerful. 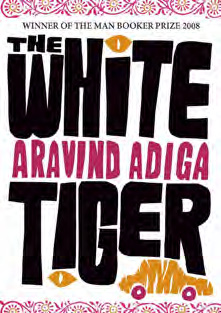 For proof that South Asian novelists are the true heirs of these writers, I browsed the titles on my bookshelf. It contains a far from exhaustive selection, and I apologize to enthusiasts of novelists not mentioned. Let me describe a few who draw inspiration from the churning chaos of South Asian cities and who are writing stories as compelling as any of the 19th-century classics.

Given two centuries of the British raj and the lack of a shared lingua franca in the subcontinent, English is, by default, the language in which much of this storytelling takes place, making access to this literature easy for speakers. And given the intolerance of too much of the subcontinent’s politics, many of these writers have exiled themselves to the West.

The best known is probably Salman Rushdie’s Midnight’s Children, which is set in Mumbai (fourth largest among the top ten cities). But I am not a fan of Rushdie’s use of magic realism; it spares him having to enter into the mind of his less sympathetic characters and understand why they behave as they do.

Although it has slipped to 30th in size among the world’s cities, London is still, to use Doug Saunders’s term, an “arrival city” for rural poor seeking their fortune. At the time of Dickens it was drawing domestic migrants from rural England, Scotland and Ireland; in the 20th century the migrants continued to come – from Jamaica, Uganda, Pakistan, Bangladesh and other ex-colonies. And novelists continue to write about “arriving” in London. 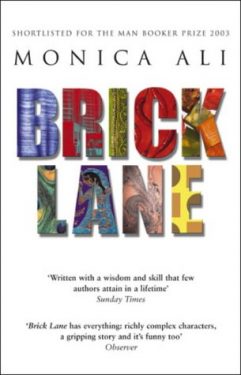 Born in Dhaka (ninth largest) but raised in England, Monica Ali enjoyed unexpected success with Brick Lane, her debut novel. It is the story of two sisters born in a Bangladeshi village. Via an arranged marriage, Nazneen winds up in East London, on Brick Lane. Slowly she masters the complexities of life in London. Meanwhile her sister’s love marriage fails; she flees her violent husband and suffers the drudgery of work in a Dhaka garment factory and the humiliation of prostitution. London poses frustrations for new immigrants, but life is unambiguously better for Nazneen than for her sister in Dhaka.

Several Indian novelists writing today match their 19th-century counterparts in literary ambition and in length. In Sacred Games, Vikram Chandra requires 900 pages to rework Crime and Punishment for present-day Mumbai. Like Raskolnikov, Gaitonde is a highly intelligent and introspective gang leader who rationalizes murder. Both understand that life’s rewards go to the ruthless who suppress moral considerations. However Gaitonde, too, loves a woman and ultimately he cannot sustain the amoral life. And as with Raskolnikov, Gaitonde’s nemesis is a local policeman, a Sikh who embodies the virtues of the disabused hero in the classic American detective story. Chandra adopts some modernist techniques: his story is not chronological, and within the first 50 pages Gaitonde is dead. But these techniques are secondary to his ambition to understand how his many characters negotiate life in contemporary Mumbai.

As in Slumdog, the city of Mumbai is itself a central character. Chandra devotes a graphic chapter to the municipal morgue. Another chapter unravels a complex crime woven into the lanes of Mumbai’s Bangladeshi district. Other chapters portray Bollywood sexploitation and murder. 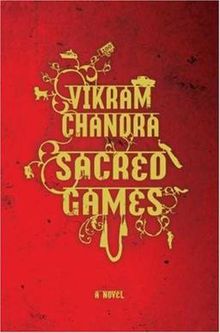 If Chandra has reworked themes of Dostoyevsky – and Raymond Chandler – Rohinton Mistry has reworked Tolstoy. In his most famous novel, A Fine Balance, historical characters and events appear. In place of Tolstoy’s pacifist lessons drawn from the carnage of Napoleon’s battles en route to Moscow, Mistry excoriates Indira Gandhi’s son’s mass campaign in the 1970s to curtail fertility by the more or less coerced sterilization of millions of men. The cultivated and the uneducated cohabit cramped apartments, and beggars figure prominently. In this novel the “beggarmaster” comes off as a much more likeable figure than in either Slumdog or Oliver Twist. Mistry allows episodes of happiness to his characters, but their happiness is always in a “fine balance,” constantly under threat from Mumbai’s random chaos: a happy marriage succumbs to a fatal accident in which the husband is killed while cycling to buy ice cream for his child’s birthday party. There is no happy ending.

Winner of the 2008 Man Booker prize for best novel was White Tiger, Aravind Adiga’s debut novel. Adiga has now written two further books. Between Two Assassinations is a series of short stories, held together by the fact that the characters all live in an unnamed south Indian city. Last Man in Tower is a story of money and urban “redevelopment” in Mumbai.

White Tiger is the story of Balram Halwai, a peasant born in the “Darkness” (in Bihar, the poorest and most corrupt of Indian states) who rises to become a paragon of the new Indian business elite. Balram relates his story in a series of letters to Wen Jiabao, Premier of China, who is about to visit Bangalore. Balram wants his Chinese visitor to know the truth about modern India. 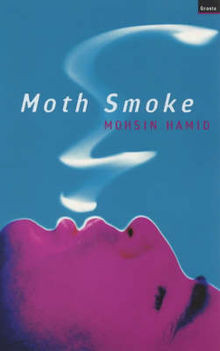 Balram’s ascent begins when he becomes car driver for a wealthy businessman, the “Stork,” so named for his ability to stealthily rob those with whom he does business. The Stork owes his wealth to mining tax-free, state-owned coal deposits in Bihar. In a passage reminiscent of V.S. Naipaul’s early novels, the state’s chief executive, the “Great Socialist,” visits the Stork during an election campaign and extracts a million and a half rupees in exchange for allowing the Stork continued tax-free access to the coal. The Stork’s son moves to Delhi (second among the top ten cities) with Balram his driver. Balram describes for Wen Jiabao’s benefit an up-to-date upstairs-downstairs saga of life among the Delhi elite and those who serve them.

At the novel’s climax, the Stork’s son is to deliver a very large bribe to a federal cabinet minister for favours rendered. Balram seizes his opportunity, murders the son and flees with the cash. With access to capital – better it be invested in Balram’s taxi business than paid to a politician – he establishes himself as a successful businessman in Bangalore.

White Tiger is a brilliantly rendered broad-stroke satire of the new Indian elite and the political corruption it cultivates. Balram might be compared to Gogol’s Chichikov, who builds his reputation as a man of distinction by buying “dead souls” from serf-owning landed aristocrats who, by selling them, reduce their taxes, which were levied on the basis of number of serfs owned.

Mohsin Hamid’s Moth Smoke is yet another prize-winning debut novel in which a South Asian city, in this case Lahore, is a central character (despite a population of more than seven million, Lahore ranks no higher than 37th). In the novel’s preamble, the aging Emperor Shah Jahan contemplates the future. A Sufi saint foretells disaster. In due course Aurangzeb, his youngest son, becomes emperor: “Imprisoned in his fort at Agra, staring at the Taj he had built, an aged Shah Jahan received as a gift from his youngest son the head of his eldest. Perhaps he doubted, then, the memory that his boys had once played together, far from his supervision and years ago, in Lahore.” 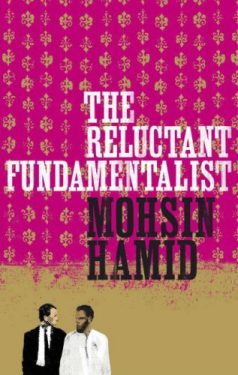 In the first chapter the central character, Daru, loses his job in a bank. Later, Daru becomes the lover of Mumtaz, wife of Ozi, his best friend. Ozi is the son of a retired former civil servant, whose position had allowed him to accumulate great wealth. Ozi has returned from abroad to protect the family wealth and inherit it. While driving his SUV, too fast, Ozi kills a young boy crossing the road on his bicycle. Daru degenerates into a drug addict. In the novel’s dénouement, it is Daru who is convicted of the crime.

This sketch of the plot does not do justice to the novel’s texture or to the role of Lahore, the city, as scene for the novel’s events. Unlike Rushdie, Hamid employs no magic realism; unlike Adiga, no satire. It is a bleak novel. The deadening blanket of political corruption prevents Daru, Mumtaz, Ozi and others among their contemporaries from pursuing meaningful lives. Lahore is also the setting for Hamid’s second novel, The Reluctant Fundamentalist. Inspired by Albert Camus’s Chute, this is a fable told entirely in the first person by a Western-educated Pakistani. In a local café he explains to his American interlocutor why he abandoned a high-flying career on Wall Street and returned to Pakistan, to become a “reluctant fundamentalist.”

The South Asian city I regularly frequent is Dhaka. Like the others, it too is “as ripe for storytelling as Dickens’s London.” The mark of local success for a novel is that some underground entrepreneur judge there to be a sufficient market to warrant printing a pirated edition, to be hawked on the streets. Brick Lane received that honour, as did White Tiger. I paid $4 for my copies. Had I haggled more aggressively, I could have lowered the price further. It goes without saying that local entrepreneurs have included Slumdog among their pirated video offerings.