“We are concerned.” So begins a nine-page document that attracted a good deal of attention last fall in Quebec. For a Clear-Eyed Vision of Quebec (Pour un Québec lucide in French) rapidly became known as a “manifesto,” and the group that wrote it as “les Lucides.” An unlikely group we were: former politicians, business men and women, university professors and a journalist; sovereigntists and federalists. Concern for the future of Quebec brought us together.

It all started in the spring of 2005. A few of us happened to meet on different occasions. When we discussed the state of Quebec we found we shared an understanding of certain issues; moreover, we shared a frustration at the difficulty of raising these issues publicly without being branded “neoliberals” or “enemies of the Quebec model.” We were also worried that every time the Charest government tried to make even small changes in the way our province did things, it faced a huge wave of protest that stopped it dead in its tracks. Of course, some of the government’s problems were of its own making, but clearly Quebec could not progress if every common-sense idea was met with thousands of people protesting in the streets.

What were we to do? We started to have more formal meetings – former premier Lucien Bouchard, former principal Robert Lacroix of the University of Montreal, prominent economists Pierre Fortin and Claude Montmarquette, and myself. And then someone – I think it was Mr. Lacroix – suggested that we write and publish a text. By the time it was published we were 12.

The first part – describing what we saw as the challenges facing Quebec and the difficulty of debating these issues – was easy to write. The challenges – demographic decline, rapidly rising health care expenditures, competition from emerging economies – are familiar to observers of developments in Western societies, except that Quebec’s particular situation, as a small distinct culture, makes them especially daunting.

Take demographic decline. Quebec’s population is currently 7.5 million. In 2050 it will be about the same: 7.8 million. Meanwhile, the rest of Canada’s population is projected to increase a bit faster, so that Quebec’s share will be 21 per cent, rather than 23 per cent as at present. Quebec’s political and economic clout inside the country will continue to slowly diminish. But that evolution is nothing compared to Quebec’s situation on the continent. In 2050, the population of the United States will have increased to nearly 400 million, and South America’s will have exploded. Less than 50 years from now, fewer than eight million Quebecers will be surrounded by nearly 1.2 billion English-, Spanish- and Portuguese-speaking people; Quebec’s political, economic and cultural weight will be even less significant than it is today.

When one speaks of demographic decline in Quebec, most people shrug their shoulders. The problem seems far away and without impact on their lives. Besides, many resent what they see as an attempt to pressure them into having more children. But that has nothing to do with it. One obvious, yet little known, effect of demographic decline is economic. Population growth is one of economic growth’s main engines; slower population growth means that the economy will decelerate. As early as 2012 – six years from now! – Quebec’s labour force will begin to diminish. The Quebec Department of Finance has projected that in the next decade – 2010 to 2020 – economic growth will be cut by half simply because of demographic changes.

This economic impact is compounded by other factors that hurt Quebec’s competitiveness. Quebecers work fewer hours a week than other North Americans, and retire earlier. Because our companies invest comparatively little in machinery and technology, each hour worked is less productive.

Demographic decline and its economic impact will have dire consequences for Quebec’s public finances, already in a dismal state. Although poorer than most other provinces and states, Quebec spends proportionally more on its social programs. Low-cost daycare, generous pharmacare and frozen university tuition may be legitimate policies, but they are very expensive. And since Quebec already carries a huge public debt and Quebecers pay the continent’s highest taxes, something will have to give. Either we let the forces of demographic and economic decline decide what will break, or we make hard choices ourselves before it is too late.

Until now, most political leaders, intellectuals and union leaders have set the example by refusing to acknowledge the difficult situation we are in, and most Quebecers have simply followed. “Unfortunately,” we wrote in the manifesto, “at the very moment when we should be radically changing the way we view ourselves and the world around us, the slightest change to the way government functions, a bold project, the most timid call to responsibility or the smallest change to our comfortable habits is met with an angry outcry and objections or, at best, indifference. This outright rejection of change hurts Quebec because it runs the risk of turning us into the republic of the status quo, a fossil from the twentieth century.”

We did not want the group to be so large that the document’s content would have to be watered down, nor did we aim to be representative of all quarters of Quebec society. It was very important for our credibility to be seen as nonpartisan – which in Quebec means neither separatist nor federalist. How then were we to deal with the “question nationale,” which the manifesto could not ignore? I dreaded the moment when we would sit down to write that part of the document. In fact, it proved very easy, a testament I think to the level of concern we shared in confronting what we all saw as the “real” challenges facing Quebec. We rapidly agreed on the following paragraph: “Some members of our group are in favour of sovereignty, others believe that Quebec’s future will be better ensured within Canada. Despite these different points of view, we are all certain that whatever choice Quebecers make, the challenges facing us remain the same.”

Having written the relatively easy first part of the manifesto describing the challenges, we faced the question of whether there should be a second part with proposed solutions. We were divided on the issue. Some took the view that our priority was to change the mindset, to encourage a new way of looking at things: going into detail would distract from our main intent and provide an easy target for proponents of the status quo. “Our goal is first of all to make Quebecers aware of the challenges they face,” we wrote. “We have no program to sell; we are more interested in the change in attitude needed to tackle our problems.” But others in the group said that we could not leave it there – if we did not bring solutions forward, we would fail the credibility test. The first question anyone reading the manifesto had would be, “What do you think should be done?” There was no way out: we would have to answer. We might as well plunge in right away – and so we did.

The thrust of our suggestions was to make Quebec a more dynamic, creative and productive society, to counter the effects of demographic decline. Our document therefore advocated a strategy to reduce the public debt, notably by increasing electricity rates in a “substantial and progressive” manner. We called for massive investments in education and training, paid in part by students through an end to the tuition freeze. We wanted major tax reforms to encourage work and investment, and a guaranteed income plan to achieve Quebec’s social objectives with a less unwieldy bureaucracy.

“At last!” This is the reaction each of us heard most often after the manifesto came out last October. “At last, someone dares to bring these things out in the open.” “At last, the wall of silence is broken.”

The strength and breadth of that reaction surprised us. Our small website – www.pourunquebeclucide.com – was inundated by thousands of people downloading the French or English version of the document. Dozens of reporters attended the press conference, and members of the group, especially Mr. Bouchard, gave many interviews.

Of course, there were also many negative comments. As we expected, our proposed solutions were rapidly attacked as “neoliberal.” One group wrote a countermanifesto, Manifeste pour un Québec solidaire. Since then, new labels have been added to Quebec’s political debate: “les Lucides” against “les Solidaires.” The “Solidaires” agree that demographic decline, government debt and competition from emerging economies present Quebec with important challenges, but they find our concern exaggerated. And they vigorously oppose the solutions that the manifesto put forward.

Contrary to what we feared, however, our main message – that Quebec had to change its ways to meet the huge challenges it faces – got through. What is left of our effort, six months later? Needless to say, Quebec has not yet begun the transformation we think is necessary. But, believing as I do in the real, if slow, power of ideas, I am confident that the manifesto has had a significant and lasting impact.

First and foremost, since the message was carried by a nonpartisan and diverse group, it dissociated the ideas from the Liberal government of Jean Charest. Since Charest was so unpopular at the time of our writing, it took some courage to publicly approve policies that he also advocated. After the manifesto came out, expressing concern about the public debt, demographic decline or the low cost to students of university education seemed to become more respectable. It was as if we had broken an ice jam.

Second, the manifesto, inevitably incomplete in its analysis of the situation and its proposed solutions, encouraged different groups to study the issues it raised in more depth. Conferences were and will be held on such topics as the level of electricity rates and the impact on Quebec of the rise of China and India. In its latest budget, the provincial government announced the creation of a Fonds des générations, the sole purpose of which is to start repaying the public debt. The idea was greeted favourably by most commentators. I believe our manifesto had something to do with both the decision and the reaction.

No one knows where all this will lead. Quebecers are proud of the “model” they built, and it is easy to persuade them that any change will undermine our distinct society’s foundations. No doubt the Parti québécois and the new leftist party (Québec Solidaire) will try to exploit that fear, and they may succeed. Still, the federal election results, with the unexpectedly strong showing in Quebec by the Conservative Party, show that many Quebecers are ready for a new approach and are looking for leaders who want solutions rather than just denunciations.

Whether Quebecers adopt a clear-eyed vision of Quebec, whether they rise to the challenge as they have done in the past will depend on the courage and determination of our political and intellectual leaders. What they choose to do will determine whether the distinct society that is Quebec has a future at all. 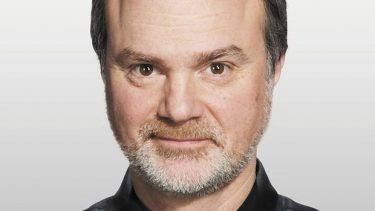