If the relationship between politics and the law can be controversial, the intensity of the controversy increases when an additional and complicating factor is introduced: religion. And all the more so when the religion is one whose name can barely be mentioned without strong passions being aroused: Islam.

The shari‘a (Islamic law) controversy that erupted in Ontario, with major reverberations in Quebec, had its origin in late 2003 when a retired Ontario lawyer, Syad Mumtaz Ali, announced his intention to establish a “Shari‘a Court” under the province’s Arbitration Act. This announcement focused public attention on the Arbitration Act, its provisions for private arbitration in family law matters, the use of religious law within those provisions and – especially – the effect on women’s rights if the religious law in question is Islamic law. The government commissioned former NDP cabinet minister Marion Boyd to study the questions involved and make recommendations. In December 2004, Boyd recommended that the use of religious law in arbitration be continued, but that new safeguards be introduced to protect vulnerable individuals within religious communities. 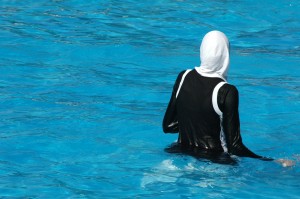 Politicians, women’s rights advocates, groups within the Islamic community and others took positions for and against the Boyd Report. The controversy spilled over into Quebec when Liberal MNA Fatima Houda-Pepin, herself a secular Muslim, spearheaded a motion to oppose the establishment of shari‘a courts in Quebec; the National Assembly passed the motion unanimously. In September 2005, Premier Dalton McGuinty told the press that there would be no shari‘a in Ontario either. But he gave no details, and the legislation he promised had not yet been introduced when Inroads went to press at the beginning of November.

In the following pages, Marion Boyd explains why she reached the conclusions she did and assesses the response to her report; a leading Muslim critic of her approach, Tarek Fatah of the Muslim Canadian Congress, responds. Supplementing their exchange are Fatima Houda-Pepin’s speech to the National Assembly in support of her motion, in which she outlines the dangers she sees in the introduction of shari‘a in Canada, and a reply by Dr. Mohamed Nekili of the Canadian Islamic Congress, which has strongly supported the Boyd Report.