One of the key issues missing in the very passionate debate currently taking place in British Columbia on Kinder Morgan is the strategic importance of this project in the context of an increasingly unreliable trading relationship with the United States.

It is not just the mindless protectionist rhetoric coming from the Trump White House; it is the very real and mindful tariffs the United States has imposed on lumber, newsprint and other goods in its mercantalist efforts to protect politically favoured industries. Canadian politicians of all stripes say that the American tariffs and threats are unacceptable; we must stand up for Canadian workers and industries. But the fact is we only control what we can do – in the end the Americans, Democrats as well as Republicans, will do what they perceive to be in their political interest. They are all “America ‘Firsters” – just some (like Trump) more obnoxious about it than others.

Diverting sales of what the United States wants most from us – abundant, low-cost natural resources – is one of the things we can and should do. And the Kinder Morgan project could play an important role in that regard. It would provide expanded Canadian access to Asia-Pacific markets that would enable oil producers to divert some $5 to $10 billion of crude oil sales per year away from the United States to other markets. Whether in the context of Trump’s “zero-sum game” trade policy, or simply through resulting exchange-rate effects, diverting significant amounts of crude oil (and the same applies to natural gas and other natural resource sales) would make more room for U.S.-bound exports of manufactured goods.

Critics will rightly point out that Kinder Morgan does not guarantee that crude oil exports will be diverted to Asian markets. Deliveries through Kinder Morgan may simply enable more sales to the U.S. Pacific Northwest and California. The point, however, is that it provides the potential to do so, and that potential in itself would not only enhance the value of our crude oil exports but also reduce our dependence and vulnerability to protectionist (in effect classic colonial power) politics in the United States. In short, in addition to the higher prices and transportation cost savings the Kinder Morgan project is expected to generate, there is the strategic diversification / reduced U.S. dependence value that is very important to recognize in this difficult pipeline debate.

Of course, whatever the benefits of Kinder Morgan, there are the very real concerns the project raises. There is the concern that pipeline expansion will contribute to growing oil sands production and greenhouse gas emissions. There is the low-probability but high-consequence risk of major oil spills. And there are adverse environmental effects, most notably, in the National Energy Board final report, with respect to the impact of increased tanker traffic on the population of endangered resident southern killer whales. These are undeniable and unavoidable tradeoffs which people will very legitimately value and weight differently. For some these concerns are of overwhelming significance and no matter what the government does they will remain opposed to the project. For many others, however, there are much stronger steps the government could take to lessen the risks and costs – to make the tradeoffs more acceptable.

With respect to concerns about growth of oil sands production and related emissions, the federal government could pull back from what appears to be support for all new pipeline projects. If the key benefit is reducing dependence on the U.S. market, the government could make clear while it supports Kinder Morgan, it does not support the development of Keystone XL or other increased access to the U.S. market. Diversification, not expansion of export capacity, should be the primary goal.

With respect to oil spill risk, the government has already announced measures that would improve tanker safety and oil spill response. Indeed, the NEB concluded that these improvements may offer the coast a benefit relative to the current situation. But this is an area where British Columbians and indeed all Canadians must be satisfied that the residual risks truly are minimized, the oil spill response in fact ready and effective, and issues around marine spill liability fully addressed.

And with respect to the impact of marine operations on the resident killer whale population, the issue here is the total amount of tanker traffic, not just the increment from Kinder Morgan. A comprehensive tanker traffic plan is required, not an arbitrary restriction on one source of shipment. If limitations on the total number of tanker transits are required, the restrictions should be imposed on the least valuable or desirable products. It is hard to imagine, for example, that shipments of strategic importance to the Canadian oil industry should be restricted before the phaseout of thermal coal export–related tanker traffic. Nor should Canadians willingly accept neighbouring U.S. calls for restrictions on Canadian oil tanker traffic without regard for the number and impact of U.S. oil-laden and other tankers destined for Puget Sound. 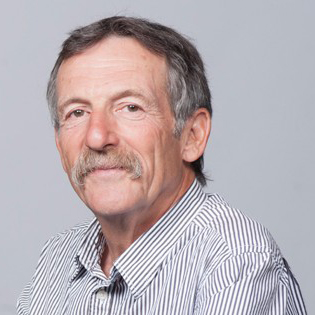