The goal of sexual equality campaigns should be to reduce the importance of gender, not to raise it up. Understanding people on the basis of gender is as misguided as judging them on the basis of sex. Discussions of sex and gender that protect traditional gender roles, at one extreme, and ones that seek to protect limitless gender roles, at the other, are equally harmful and regressive.

When I worked at Status of Women Canada, my coworkers and I would roll our eyes when emails arrived asking, “Yes, but, what about men’s rights?” A traditional feminist answer would be, of course, that historically all rights were men’s rights. But most people sit somewhere between those polarized views.

Gender, as opposed to sex, is a social construct. Sex is based on biology and has always been diverse. Females, males and intersex individuals, as well as a biological range of male and female genetics, hormones and physiology, combine in many ways. Gender, on the other hand, is performative: it is what you do and the image you project. So, while sex is limited by biology, gender is limitless.

The historic norms of “women” and “men” contain harmful extremes. That conversation has centred on the concept of “toxic masculinity,” which I see as an unnecessarily inflammatory way of describing a useful concept – what I would prefer to call precarious masculinity. But there is also an equally problematic version of femininity.

Precarious masculinity is a rigid version of masculinity that hurts men, who feel they must meet an artificial standard: men don’t cry, men use violence to resolve conflicts, men are the “strong silent type.” The prevalence of male suicide, homelessness and incarceration show how that ideal plays out in real life. Men are pressured to be tough, to judge themselves against their capacity to be the sole or dominant breadwinner, and to avoid healthy emotional interactions with romantic partners. Frustrated at a world where they cannot conform to that ideal or impose it on others, they respond in ways that can contribute to intimate partner and sexual violence, usually directed at women and nonbinary people.

As far as problematic femininity is concerned, research shows that women often play a gatekeeper role, reinforcing traditional gender stereotypes. From an early age, girls learn to shame other girls who do not live up to gender norms around sexual activity. This can lead to females facing harm in the form of so-called slut shaming, or the continued revictimization of sexual assault victims.

The case of Rateah Parsons shows how problematic masculinity and femininity reinforce each other. In this tragic case, a 15-year-old Nova Scotia girl was subjected to a rape that her attackers caught on film in 2011. Her eventual suicide was connected as much to the bullying and the sharing of images of her assault by teens of both sexes months after the fact as it was to the assault itself.

Neither men nor women are inherently toxic – this is about behaviours and expectations linked to the performance of an extreme version of masculinity or femininity that causes harm and perpetuates inequality. Problematic masculinity and femininity manifest, in their extreme forms, in a small number of people. It’s just that those people do a lot of damage to others as well as to themselves. The fact that most women have been sexually assaulted, and that at the same time most men have never sexually assaulted anyone, is illustrative of this.

Today, while most Canadians embrace a healthier version of gender identity, problems persist because they are woven into our societal fabric. Partners often make choices as a family unit rather than as individuals, and those choices are deeply influenced by external factors. For example, if a family is in a public space and a baby needs its diaper changed, often the only change table is in the women’s washroom. So even a heterosexual couple with a completely equal division of childcare will make a rational choice for the woman to change the diaper.

While governments and other public institutions have long used incentives – such as tax credits to encourage donations to nonprofits – to influence citizens’ behaviour, they have spent less time studying how incentives and disincentives can reinforce or undermine traditional gender divisions.

For instance, while people think we have a pay equity problem (i.e. different pay for identical work), we actually have a wage gap problem. The pay differences between men and women are mostly not about people in the same job, but rather are attributable to different career paths, differences in promotion and hours worked. Much of this is explained statistically by the fact that women are likely to have to balance unpaid with paid labour in a way that men do not. This is, of course, most dramatic in families with children. Like it or not, a significant proportion of that gap is related to motherhood and childcare options and the choices that women make in light of this uneven burden.

Families make decisions based on their current financial circumstances, not on informed guesses regarding their likely circumstances in 20 years. Suppose a family is faced with losing a significant subsidy or supplement, such as a daycare subsidy or child tax credit, if the lower earner, normally the woman, is offered a higher-paying job. It would make sense, then, that the partners will collectively decide that the woman should not take the job as their family budget would decline. This can lead to career stagnation and reduction of lifetime earnings and pension contributions. The pressure to make ends meet means families relent to real structural pressure to conform to traditional gender roles.

The impact of gender norms on individuals in Canada is pervasive and often negative. True equality will not come from a multitude of gender identities being formalized as equal. This serves only to continue to give gender differences weight and steer people into life choices that are anything but equal. Equality will come when our society recognizes that gender is a social construct, rejects it as a valid means of dividing us, and stops using individuals’ biology to code appropriate behaviour. When individuals are no longer classified by gender, the world will be better for everyone. 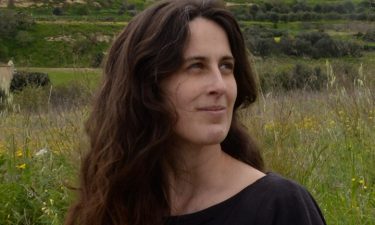 Julia Smith holds degrees in law and in immigration and settlement studies and has worked on immigration issues in Canada, Ghana and Egypt. Originally from Nova Scotia, she lives in Ottawa, where she works... Read More