It is easy to dismiss Emma Sky as a romantic reincarnation of the eccentric British diplomat and Arabist Margaret Bell, who played a major role after World War I in the creation of the Iraqi state from remnants of the Ottoman Empire. From the beginning, Iraq was an unhappy multicultural state; so it remains a century later.

Sky is the most unlikely of policy wonks. A petite Oxford-educated Arabist with liberal politics, she became the chief political adviser to Ray Odierno, the hulking U.S. general whose troops managed to tamp down the vicious Iraq civil war in the years 2007 to 2010. Her thesis is straightforward. America displayed unbelievable incompetence in planning the invasion in 2003. More so than the politicians, the senior U.S. military commanders learned from their mistakes. From 2007, they waged an effective counterterrorist campaign that, by 2010, created a social and political environment much superior to the tyranny run by Saddam Hussein. Unfortunately, in the rush to exit, the Obama administration “unravelled” the military achievement. Obama’s administration – in particular, Joe Biden, Hillary Clinton and Chris Hill, Clinton’s choice as ambassador to Iraq – comes in for blunt criticism. It is as responsible for the present chaos as George W. Bush, Donald Rumsfeld, Tony Blair et al. are responsible for the chaos in Iraq in the years following 2003.

This is a memoir to make both left-liberal pacifists (from Thomas Mulcair to Jeremy Corbyn) and interventionists (from liberals such as Michael Ignatieff to neocons such as David Frum) squirm. It is part of a modest revisionist trend to look again at the role of military force in the context of deeply dysfunctional political regimes – of which Saddam’s Iraq was undoubtedly one. The major motivation for revisionism is, of course, the Syrian civil war and emergence of Islamic State, whose ramifications now reach across the Middle East and Europe. I happen to be in Bangladesh as I write. It appears that the tentacles of Islamic State may have reached here. This week (late September) a group of jihadists gunned down an Italian NGO worker while he was jogging in the diplomatic neighbourhood of the capital and, a few days later, a Japanese businessman growing herbs on a commercial basis in northern Bangladesh. Islamic State has claimed credit, saying all citizens of crusader nations are legitimate targets.
In 2003, Emma Sky was innocuously working for the British Council, an organization dedicated to promoting British literature and education throughout the world. An official email invited volunteers to work in Iraq. She accepted. The British in Basra had no job for her. She went north and ultimately offered her services to the colonel in charge of Kirkuk.

Iraq can be compared to Yugoslavia as a contested meeting ground of religious and ethnic communities with a history of mistrust. Hussein was a more vicious equivalent of Tito. Upon the removal of both dictators, their respective countries degenerated into civil war. The Kirkuk district was particularly prone to conflict. It contained not only a mix of Shia and Sunni Arab, but also many Kurds and significant minorities, such as Yazidis and Armenian Christians whose ancestors had fled massacre in their home country a century earlier. Finally, it contained much of the country’s oil wealth.

As political adviser to the U.S. colonel in charge, Sky honed her skill as diplomat. The two of them put in place an interim governing structure that avoided open conflict. The locals may not have loved the American colonel and his British adviser, but they tolerated them as a major improvement over Hussein’s tyranny. In 2004, Sky returned to her old job in Manchester. She was bored. When came the summons from Odierno, about to take operational control of U.S. military forces in Iraq, she agreed to return as his political adviser.

Over the next four years this odd couple simultaneously waged war and practised diplomacy. As Christopher Dickey wrote in his review of Sky’s book in the New York Times, the situation moved “from horrible to tolerable to seeming really pretty good” by 2010. In Sky’s telling of multiple meetings with Kurds, Shia and Sunni Arab leaders, the heart of “really pretty good” was the skill with which Odierno implemented a sophisticated counterterrorism campaign and Ryan Crocker, the U.S. ambassador, cajoled the mistrustful politicians toward reconciliation.

The climax came with the 2010 election in which several coalitions confronted each other. The two major coalitions were one headed by Nouri al-Maliki, a devout Shia and prime minister at the time, and another headed by Ayad Allawi, a secular Shia and former post-2003 prime minister. Maliki’s coalition was adamantly committed to maintaining Shia dominance of the country, deeply mistrustful of all Sunni Arab leaders and opposed to granting much to the Kurds. Allawi headed the second major coalition. It enjoyed the support of nearly all Sunni Arabs and a fair number of the more secular Shia. In a reasonably peaceful election with a respectable turnout of over 60 per cent, Allawi won two seats more than Maliki. Neither, however, enjoyed a majority in parliament.

Maliki turned to a range of legal and political manoeuvres to prevent Allawi from getting first crack at forming a government. Vice President Joe Biden was point man for the Obama administration. He made it clear that he preferred Maliki, a strong man with a track record, to Allawi, who headed an untested interethnic coalition. For Biden, interethnic coalitions were unworkable. Better to let a tough Shia leader with strong support in the majority ethnic-religious community run the show. Odierno protested vigorously via reports to the Defense Department in Washington that Maliki was too authoritarian, too paranoid to be capable of interethnic compromise, too prone to patronage and corruption and too close to the Iranians. Leaving him in charge risked a return to the civil war of 2004–06.

Events have proved Odierno right and Biden wrong. America’s hasty withdrawal from Iraq has ushered in a second civil war, potentially more murderous than the first. Since 2014 much of the Sunni Arab leadership has rallied to Islamic State. At the time of writing, the U.S. Congress is grilling generals over the inability of Iraqi “boots on the ground” to make headway against Islamic State. Maliki’s disregard for professional merit has turned the Iraqi army into a shell, its officers unwilling to lead and its soldiers unwilling to fight. While the United States has reluctantly rejoined the battle via air strikes, the only effective “boots on the ground” are Islamic State, Shia militia heavily influenced by Iran and the Peshmerga in Kurdistan. Iraq has unravelled. 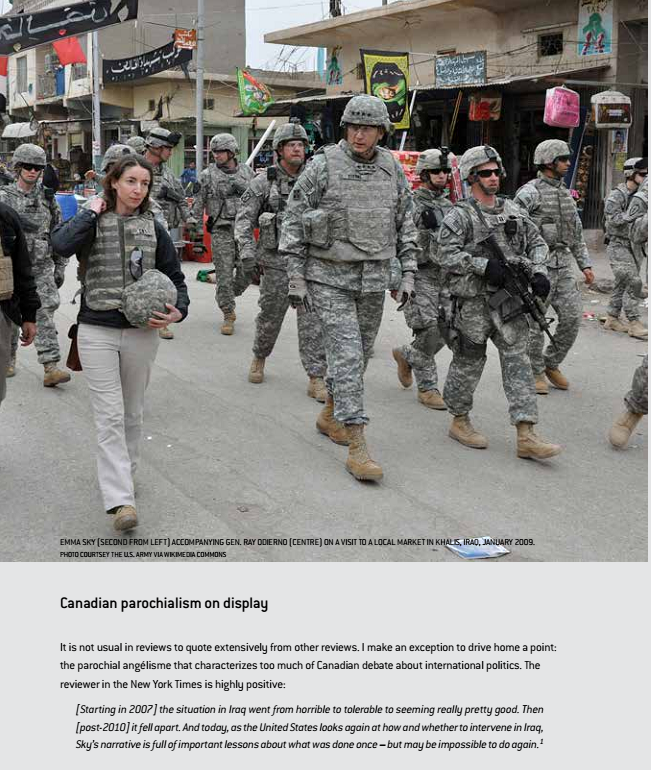 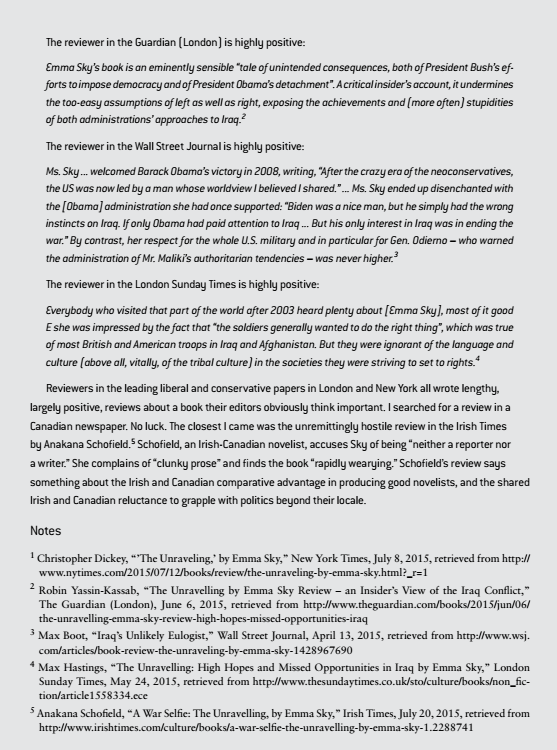