In my previous analysis in Inroads, I predicted that Liberals might become an endangered species on the Prairies after the 2019 election.1 That prediction turned out to be even more accurate than I had imagined.

In 2015, Trudeaumania resulted in four Liberal MPs elected in Alberta, one in Saskatchewan and seven in Manitoba. In 2019, the Liberals were wiped out in both Alberta and Saskatchewan and shed three of their Manitoba seats. Defeated Liberals included minister Amarjeet Sohi in Edmonton and former minister Kent Hehr in Calgary. In a major upset, longtime minister Ralph Goodale, who was first elected to Parliament in 1974, went down to defeat in his Saskatchewan seat, depriving Prime Minister Justin Trudeau of both a competent minister and a voice from the Prairies. Apart from a single New Democrat elected in Edmonton, Andrew Scheer’s Tories swept all of Alberta and Saskatchewan.

The result in Manitoba was more nuanced: Trudeau did extremely well in the province in 2015, but the 2019 election brought the Liberals back down to earth. In fact, all three parties could point to victories on election night. The Conservatives continued to dominate rural Manitoba and stole back two traditionally Tory seats in Winnipeg from the Liberals. The NDP regained Winnipeg Centre after the Liberals won it in 2015, and held both Elmwood-Transcona and Churchill–Keewatinook Aski. And despite the Liberal losses, the three Liberal MPs who held their seats in Manitoba scored high margins of victory and Manitoba’s senior cabinet minister, Jim Carr, was reelected.

On election night, commentators marvelled at the sea of Tory blue that had washed over the Prairies. Premiers Jason Kenney of Alberta and Scott Moe of Saskatchewan responded to the result by continuing their harsh criticism of the Liberal government, particularly with regard to its energy policies. And, in the immediate wake of the election results, a western Canadian separatist movement (unfortunately named “Wexit”) came to life on social media.

The results of the 2019 election will reacquaint Canadians with a regionalized style of politics we haven’t seen since the 1990s. Even in the heyday of the western-based Reform Party, the Liberals were able to hold on to two seats in Edmonton. This is no more. The single-member plurality electoral system awarded not a single seat to the 14 per cent of Albertans and the 12 per cent of Saskatchewanians who cast their ballots for Liberal candidates. Deprived of voices from the Prairies, Trudeau will likely appoint a senator from either Alberta or Saskatchewan to his cabinet to ensure that the region has a voice in cabinet discussions.

Pipeline and environmental issues were important and contentious issues in Canadian politics prior to the 2019 election. Now, those issues will likely take on a more bitter character as they both reinforce and exacerbate regional divisions in Canadian society. Trudeau now has no seats whatsoever in the heart of Canada’s energy sector. His minority government will often be reliant on the resolutely anti-pipeline NDP leader Jagmeet Singh for survival. And there is no indication that Kenney or Moe will cut him any slack, no matter what his government does. Given all this, is it unreasonable for Albertans to wonder if another National Energy Program is inevitable?

Justin Trudeau will likely never have to grapple with a national unity crisis in Quebec during his time as Prime Minister. But the 2019 election has set the stage for a period of division and unrest centred largely in the Prairie provinces. It remains to be seen how Trudeau and his government will respond.

1 The Prairies: Liberals May Be an Endangered Species, Inroads, Summer/Fall 2019 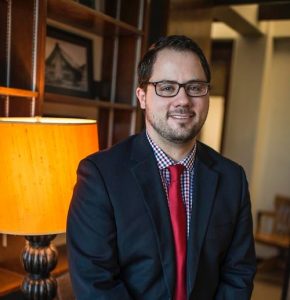 Royce Koop is Head of the Department of Political Studies at the University of Manitoba. Read More