Three years ago in Inroads, I wrote that the Spanish government’s unwillingness to allow the Catalan population to decide its future had kept debate focused on whether they should have such a right rather than on independence per se.1

Since then, the debate has continued, with a new emphasis on whether Catalonia can become independent without any kind of agreement with Madrid. In the interval, as a result of the economic crisis, the increasing salience of the independence issue and a number of corruption scandals, support for Catalonia’s traditional moderate nationalist parties has shifted toward more extreme nationalist ones.

For most of its democratic history, Catalonia was governed by Convergence and Union (CiU), a centre-right alliance composed of two moderate nationalist parties which ran jointly in elections at all levels, winning between 31 and 47 per cent of the vote in regional elections between 1984 and 2012. Since then, CiU has become a marginal player on the Catalan political scene. A recent poll placed its successor party, the Catalan European Democratic Party (PDeCAT), at 12 per cent.

Trying to remain relevant, in the last election in 2015, what remained of CiU at that time joined forces with the more extreme Catalan Republican Left (ERC). Together they formed a pre-election coalition (Together for Yes) for what they designated as a plebiscitary election. A majority vote for them, they argued, would give them a mandate to move toward independence without any kind of negotiations with the Spanish government.

With the support of the hardline secessionist Popular Unity Candidacy (CUP), the separatist coalition secured a slim majority in the Catalan parliament. They lacked a majority of the popular vote, though, having received 48 per cent overall.

The unity that previously existed among parties supporting Catalonia’s right to decide its future was shattered. All the other parties – the antinationalist Citizens (Cs), the People’s Party (PP), the Catalan Socialist Party (PSC) and Catalonia Yes We Can (CSQP), a coalition of leftists of which the nationwide Podemos is a part – opposed unilateral secession.

While the current Catalan government is controlled by parties committed to making Catalonia an independent state, the Spanish government is controlled by a party that is strongly opposed to any talk of secession: the conservative People’s Party. The Spanish right has always felt threatened by separatist movements in Catalonia and the Basque Country. To placate them, the post-Franco 1978 Spanish constitution affirmed that Spain is indissoluble and that sovereignty resides in the Spanish people. In exchange, Catalonia and the Basque Country, along with 15 other regions, were granted extensive autonomy.

Any talk of Catalan independence, or even the possibility that Catalans could vote in a referendum on the issue, provokes a very strong reaction from the PP. In spite of only receiving 33 per cent of the vote in the last election, facing a divided left in the national parliament, the PP was able to form a minority government under Mariano Rajoy. Consequently, at the elite level, conflict between a Catalan government seeking unilateral independence and a Spanish government that was viscerally opposed was inevitable. At the level of ordinary citizens, however, this was not the case. Support for independence has actually declined over the past few years, and hit a low of 35 per cent this July.2 At the time, in fact, about three quarters of Catalans still identified with Spain.

What distinguishes Catalans from the populations of what are now independent states in the Balkans is that they are not ethnically different from the rest of Spain. Having industrialized earlier than other regions, Catalonia has long welcomed massive numbers of migrants from the rest of Spain and, more recently, from beyond its borders. During the Franco dictatorship, more than a million people arrived from poorer regions of Spain looking for work. Most Catalans now have some roots elsewhere in the country, which explains why most Catalans have some kind of dual identity – with both Catalonia and Spain.

Catalans today are also not overwhelming supporters of the nationalist parties. In a survey carried out this summer by the Centro de Investigaciones Sociológicas (CIS) asking people how likely they were to vote for each of the parties, 56 per cent of Catalans answered that they would never vote for PDeCAT, the party of the current Premier of Catalonia, Carles Puigdemont. Its coalition partner, ERC, fared only somewhat better, with 47 per cent saying that they would never vote for it. What unites Catalans is not support for nationalist parties, but rather dislike for the PP, which currently governs Spain. It is unpopular all over Spain – 55 per cent of Spaniards say they would never vote for it. But in Catalonia a whopping 85 per cent so declare.

Since they hold such strong views of the party governing Spain, many Catalans’ positions are negatively influenced by those of the PP. Last year I conducted a series of experiments in Catalonia and the northwest region of Galicia, where nationalism is also present. I found that when a liked party takes a position opposed by a disliked party, people tend to shift their opinions in the direction of the liked party’s position. This is particularly the case among the majority of Catalans and Galicians who identify both with their region and with Spain.

In a survey experiment I ran at the time of the 2016 Spanish national election as part of the Making Electoral Democracy Work project based at the Université de Montréal, I presented to a random half of respondents a statement about the Catalan government’s plans to move unilaterally toward independence. The other half read the same statement but also that the PP opposed that plan. Among those with the most ambivalent identities, support for unilateral independence was seven percentage points higher in the second group.

The independence vote held on October 1 was not on the Catalan secessionists’ roadmap to independence, since they claimed that the majority they won in the regional legislature in the last election already gave them a mandate for independence. They knew, however, that the PP government would do everything to prevent a referendum. While it is unlikely that the resulting conflict increased support for independence per se, it made the issue one of Catalonia’s right to self-determination, on which most Catalan parties share the position of the nationalists. Now that Madrid has suspended regional autonomy, this issue has become even more salient. Ironically, the PP, which has a minimal following in Catalonia, has driven the parties opposed to independence and supported by the majority to the side of the nationalists, and public opinion has followed by supporting a right to self-determination for the region.

For outside observers the obvious solution for keeping Spain together is to reduce conflict on these issues. In Canada, the Conservatives and the NDP managed to neutralize Quebec nationalism by recognizing Quebec as a nation and then proposing policies that appealed to preferences many Quebecers share with people elsewhere in Canada. As my research suggests, if the PP and its allies were to stop taking such absolutist antinationalist positions, it would loosen the grip of the secessionist parties and their allies on Catalan public opinion.

It is not even 40 years since the adoption of the Spanish constitution. Many Catalans simply cannot accept that it should deny them the right to decide on their future, or even understand why it should do this. They know what has taken place elsewhere. Their leaders point to the referendums held in Quebec and in Scotland as examples of how democracies deal with demands for independence. They point especially to the negotiated referendum held in Scotland as an example to follow. Clearly the issue of self-determination will not go away.

A reasonable solution would be to include such a right in the constitution but to make its exercise contingent on a clear consensus on the conditions under which such a referendum would be held. Currently, such a consensus does not exist for the Catalan government’s plans for unilateral independence. Divisions were clear on October 10 when Premier Puigdemont made his suspended declaration of independence. Only members of his pro-independence coalition applauded when he spoke. Once Catalan parties, both separatist and nonseparatist, no longer have a basis for complaining that Spain denies Catalonia a right to self-determination, this issue will move off the agenda.

Such a solution would be difficult for the rest of Spain to accept. It is much easier to wrap oneself in the flag of national unity. However, solving a conflict requires strong leadership. Just as Stephen Harper persuaded Conservatives in western Canada to accept the recognition of Quebec as a nation, a strong Spanish leader might be able to persuade even those who most strongly resist self-determination to agree to such a solution. Let us hope such a leader emerges. 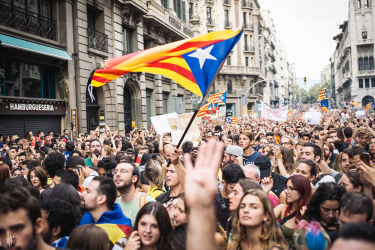 Recent developments suggest there are reasons to be hopeful about Catalonia’s future. On October 27, the parliament of Catalonia declared independence after 70 deputies voted in favour of it; ten were opposed and two abstained. The other 53 deputies, representing most of the opposition, walked out of the legislature prior to the vote.

When the Spanish government dismissed the Catalan cabinet and took over its functions, it announced that this suspension of autonomy would be short-lived and that a regional election would be held on December 21 to allow Catalans to elect a new government. Following the suggestion of the Socialists, the Spanish government also decided not to take over the Catalan media. While there were protests against the suspension of Catalan autonomy, the major demonstration that followed the move was in fact a massive protest in the streets of Barcelona by opponents of independence.

The Spanish government thus appears to have learned that extreme opposition to secession does not help the cause. Unlike on October 1, this time it was Catalan nationalists who seemed to have gone too far.

Recent polls suggest that the population of Catalonia and the rest of Spain are looking for moderate solutions. Prior to the declaration of independence, surveys showed that a majority of Catalans wanted a regional election to resolve the conflict, not independence. A survey conducted throughout Spain found a majority of Spaniards, for their part, to favour allowing a legal referendum on independence. So not only is it becoming clear that most people on both sides favour compromise, but it also finally appears that their political elites may be listening. Indeed, who can oppose calling an election?

2 Note that support for secession in the polls depends largely on the question asked. Support was 41 per cent at the same time using a different question. However, no wording gets majority support. 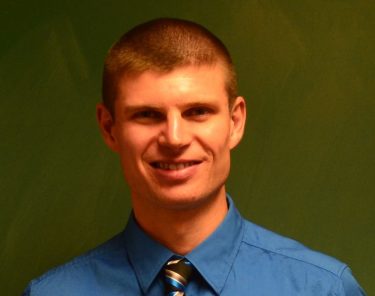