Frances Boylston has led a very international life. After obtaining her degree in sociology at a South Carolina college, she became one of the first Peace Corps volunteers and was posted to the Philippines where she worked in education and community development. Following her Peace Corps assignment, she worked and travelled in Southeast Asia before coming, on a Ford Foundation Fellowship, to McGill University in Montreal. There she studied at the Institute of Islamic Studies, specializing in social and economic development in the Islamic world and writing her dissertation on Islam in the Philippines. Her interests became more focused on social and economic development during the period in which she taught at Sawyer-Colby College in New Hampshire and then at Vanier College in Montreal. In Montreal, she served as chairperson of the board of Ville Marie Social Services (the largest social service agency serving the English-speaking community). During a sabbatical in 1985–86, she obtained a postgraduate degree in Scandinavian Studies at the University of Stockholm, and has returned to Sweden regularly since 1990 where she has been an English editor of texts by Swedish academics. In 2003 she wrote an article for Inroads about the impact of Canadian tourism and investment in Puerto Plata, Dominican Republic. This led her to become involved in the community as she discovered its rich history and culture and made deep and lasting friendships. The result was the founding of the Meeting Place with Henry Milner in 2010. 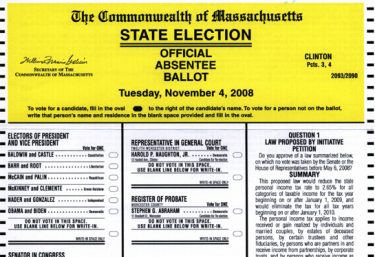 Since 1976, people holding American citizenship, even if they have never resided in the US States, have had the right to cast ballots.